Do This! Outdoors Pets and Beasts

See the colony of bats under Campbell bridge

If you've ever ridden you bike along the Rillito bike path and gone under the bridge at Campbell and River, you might notice an acrid smell - that's guano. There's a colony of bats that live under the bridge and take flight right at dusk during the summertime. It's a beautiful natural phenomenon, and fun to bring kids to see. 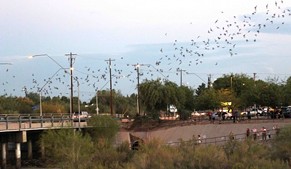 Courtesy of Southern Arizona Guide
It might seem like you're waiting a long time, or maybe they won't leave, or maybe you've missed it - you haven't, be patient.

A few bats will fly out first as the colony gets ready to leave the bridge. All of a sudden they will take off, streaming out from underneath and form a cloud. Their chirping is audible as they take off to go feed on insects.

Most likely, these are Mexican free-tail bats that have migrated here in April from Mexico, and will return to Mexico in October. They are protected by Arizona law and best viewed from a distance.

Catch their flight at dusk any evening during the summer, likely through September. 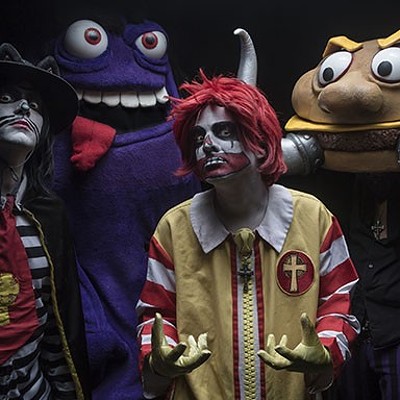