The Arizona International Film Festival returns this week with 12 days of online and outdoor film screenings from comedy to drama to documentary. The 29th festival kicks off opening night at the MSA Annex on Wednesday, April 14, with an outdoor screening of Dustwun, a drama about a friendship between an undocumented migrant lost from her group traveling toward the United States and a troubled American veteran building his own "wall" out of trash in the desert. Filmmaker Genevieve Anderson will be present at the screening.

The 2021 AIFF includes 24 feature films and 75 shorts. This year’s films range from a bipolar love story to a hike across Utah to an experimental “film poem” about democracy. In addition to feature length films, there are also blocks of short films and panels where film professionals discuss cinematography, international film, independent films, and their own work.

While multiple festival films were shot here in Arizona, other entries range from Italy to Turkey to Sudan.

The 2021 Arizona International Film Festival runs from Wednesday, April 14, to Sunday, April 25. To view the full schedule and to buy tickets, visit filmfestivalarizona.com.

Do This! Good Deeds 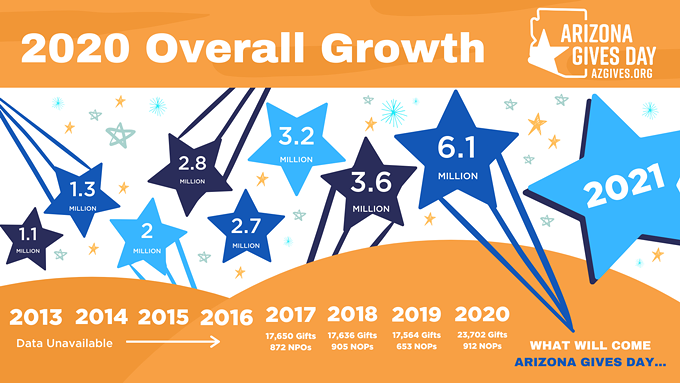 It's been a rough year for many nonprofits thanks to a COVID outbreak that not only prevented them from hosting their usual galas and fundraisers but also increased demands on their services, as Tucson Weekly staff writer Christina Duran outlined in this story.

So with today's Arizona Gives Day, you might consider giving to a nonprofit that could really use the help. Learn more about how you can lend a hand here.

Every Thursday this April, the University of Arizona's College of Science will present a new topic relating to the science of water, as part of their 16th annual lecture series. The free, online lectures will range from the water on Earth's cosmic origins to the challenges of conservation to the Colorado River. The lectures will premiere on the College’s YouTube channel, hosted by various local experts and faculty.

"Given that water is the lifeblood of humankind and recognizing how critical water is to our region, it's both a timely and important topic in our community," said Michael Luria, assistant dean for corporate and community engagement at the College of Science, and co-organizer of the lecture series. "While the effects of the ongoing pandemic have necessitated a virtual format for the 2021 series, it also provides the opportunity to expand our reach to those outside of Southern Arizona, which we are very excited about."

April 1: Beyond Earth
Assistant professors of planetary science Jessica Barnes and Pierre Haenecour discuss the cosmic origins of Earth’s water, and how the exploration of asteroid Bennu by the OSIRIS-REx mission will help show how Earth became habitable.

April 8: Within An Ocean
Assistant professor of geosciences Diane Thompson highlights how historical information can be harnessed to develop and test innovative solutions for increasing the resilience of coral reef ecosystems at Biosphere 2, and help us better understand climate change.

April 22: Beneath Our Feet
Assistant professor of hydrology and atmospheric sciences Laura Condon explains how the water beneath our feet supports ecosystems and human systems alike and the role that it has to play in the future.

April 29: Society and a Changing Climate
Associate professor in the UA School of Geography, Development and Environment Kevin Anchukaitis discusses society's largest climate challenges involving water: both too much, causing flooding, and too little, causing drought. How can lessons from past civilizations illustrate future dangers and potential solutions?

SoundQuest Fest is a free livestream concert series of ambient, New Age and electronic music that will run as a “continuous flow of streamed performances, audio-video wonder-worlds and deep immersion zones” from Roach’s YouTube channel.

Roach describes the music festival’s mission is to "create three days of global connection, togetherness, and inspiration through the power of sound and vision during this consequential and unique moment in time.”

Each night before the opening concert, "Timeroom TV" will feature music videos, sponsor features and interviews from the Soundquest musicians and more.

SoundQuest Fest debuted as a live festival in Tucson in 2010. But this online edition allows for performances from musicians around the world, all while keeping spectators safe.

Crime & Public Safety Do This! 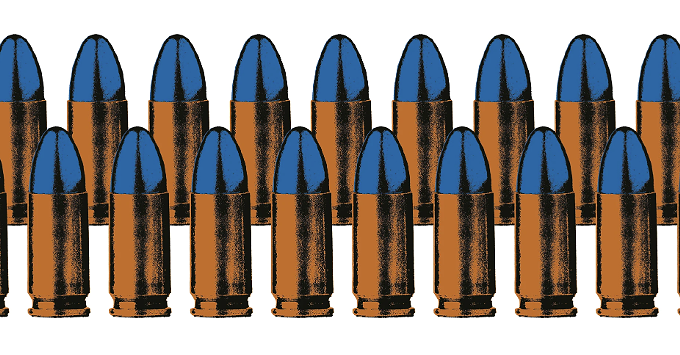 Detail from the cover of Carlson's new book

With a pandemic, nationwide protests, record-breaking weather events and political upheaval, it’s no wonder the past 12 months saw record gun sales across the nation. In 2020, the FBI conducted nearly 40 million background checks for gun purchases, an increase of 40% from 2019.

In the same year, Jennifer Carlson, a University of Arizona associate professor of sociology, earned a National Science Foundation grant to document the surge in American gun purchases. This resulted in her latest book, "Policing the Second Amendment: Guns, Law Enforcement and the Politics of Race."

Ahead of a weekly webinar series with gun experts, UA highlighted some of Carlson’s research and work.

“Gun sellers' reports about why people were buying guns related to uncertainty. The fact that people were going to the grocery store and there was no toilet paper, that places were shut down, people were getting laid off – there is this sense of uncertainty and chaos,” Carlson told the university. “The striking aspect of 2020, though, is that this becomes a moment when guns become appealing to a much broader sector of the population who either thought about getting a gun but never took that step, or were adamantly opposed to guns and gun ownership.”

Carlson spoke with gun sellers who reported seeing more gun purchases from first-time gun owners, including women, people of color and members of the LGBTQ community.

“With this shift to first-time gun buyers, I think the question is: Does owning a gun make you part of gun culture?” Carlson said. “You may buy a gun in the context of acute insecurity when you find that for the first time in your life you can't go to the store and buy toilet paper, but that doesn't necessarily mean that you've invested in the broader political project that's represented by pro-gun politics. So I think that's a question that's still waiting to be unraveled."

Arts and Culture Books Do This! 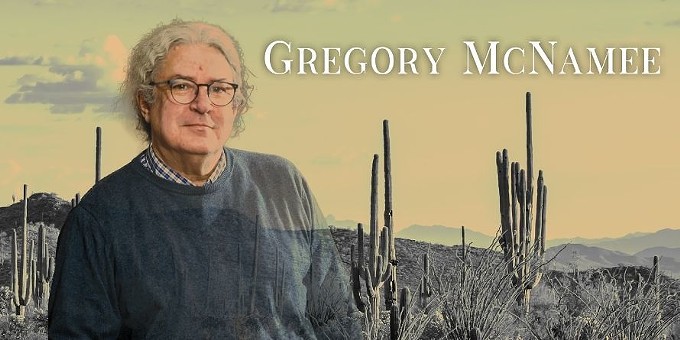 Twice a year, the Pima County Public Library selects a local writer in residence to teach writing workshops and hold office hours for the community. For the upcoming spring semester, PCPL has selected Gregory McNamee, a local writer, photographer and journalist who has released multiple books on the culture and history of Arizona.

McNamee’s selection marks the 11th writer in residence since PCPL started the program in 2016. The residence is open to authors of any genre, and previous writers in residence include Alice Hatcher, J.M. Hayes, Janni Lee Simner, Susan Cummins Miller and Tucson Weekly's Margaret Regan.

Due to COVID, the writer in residence office hours will be conducted over Zoom in 30-minute blocks. McNamee will offer these one-on-one consultations every Tuesday from 9 to 11 a.m. and Thursday from 1 to 3 p.m. But there will be no sessions offered on Thursday, Feb. 11.

During his tenure, McNamee will also host three virtual workshops:


"I'm fond of the program because it embodies so much of the library's mission," said Holly Schaffer, PCPL community relations manager. "It allows the community to learn about writing in different styles and genres. It really demystifies the process of writing."

The Writer in Residence Program is funded by the Arizona State Library, Archives, and Public Records, a division of the Secretary of State, with federal funds from the Institute of Museum and Library Services.

2020: The Year From Hell Arts and Culture Do This! 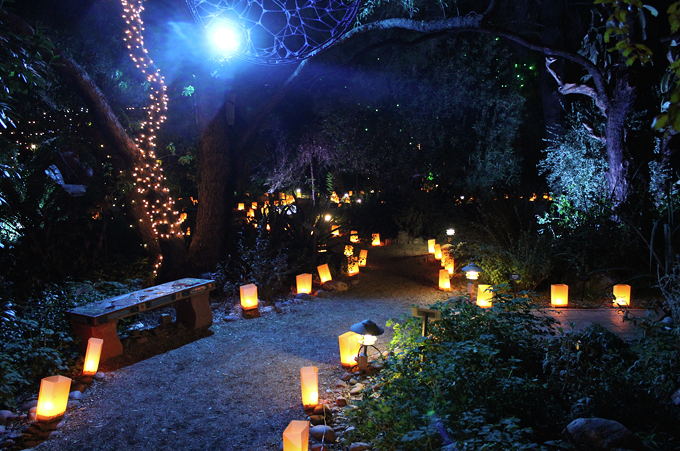 Photos by Jeff Gardner
The annual Luminaria Nights celebration is one of Tucson Botanical Gardens' largest events. The gardens, illuminated by thousands of paper lanterns, are filled with holiday decorations, local musicians, food and drinks, and even Santa.

COVID-19 threatened to entirely remove this beloved event from the calendar. But TBG reworked their plans and are instead hosting "Wanderland," a similar event with extra precautions. Much like Luminaria Nights, Wanderland sees the gardens filled with holiday lights and decor, but there are no performers and capacity is greatly reduced. 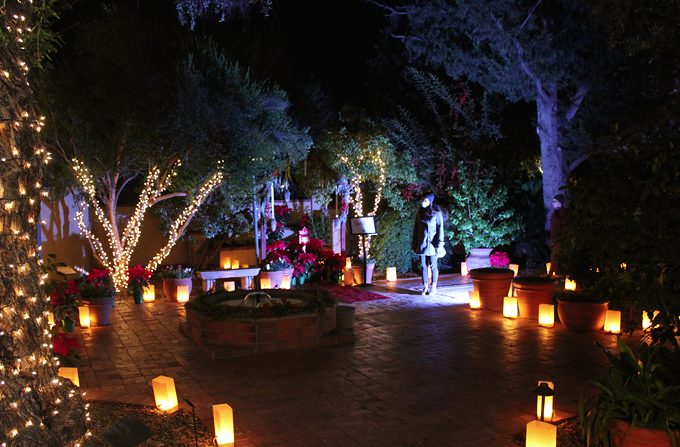 As the name suggests, guests are encouraged to move through the park rather than gather around performers as in years past, for the sake of social distancing. 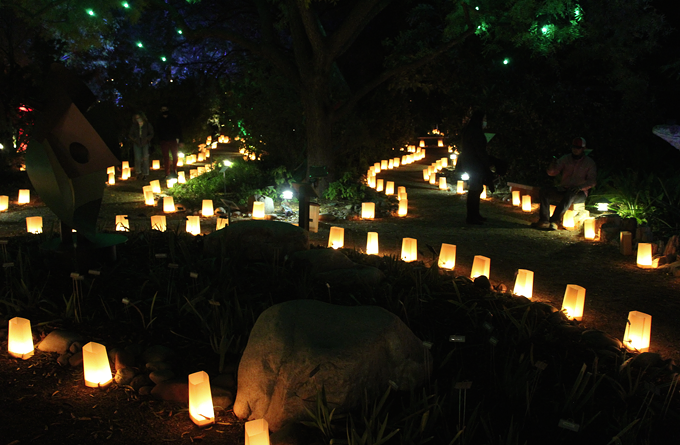 Instead of the usual jazz bands and carolers, the gardens are still featuring some of the Dia de los Muertos sculptures from their "La Calavera Catrina" exhibit among the Christmas lights.

Booze Chow Do This!

Bigstock
While it might not be safe to take your kids to sit on Santa's lap this year, that doesn't mean ol' Kris Kringle won't be back downtown for the annual Miracle on Congress Street.

Starting Friday, Dec. 4, Santa will be up on the rooftop at Playground, 278 E. Congress St., to wave to kids from the proverbial safe physical distance. Kids can drop their letter to Santa in a mailbox on Fifth Avenue next to the Tucson Together mural painted on the side of Playground.

Plus, all good boys and girls get a free scoop of peppermint ice cream from the HUB Ice Cream truck, which will be on hand to bring us all a little more holiday cheer.

And if the grownups in your group have been good, HUB
Restaurant and Ice Creamery has put together a new cocktail menu to celebrate the season. Among the offerings:

Santa will be on duty between 4 and 6:30 p.m. on Fridays and Saturdays and noon to 4 p.m. on Sunday every weekend through Dec. 19. (After that, Santa has a lot of work to get done!) Free parking is available at the nearby AC Marriott Downtown.

Jeff Gardner
University Boulevard and Main Gate Square are continuing their annual tradition of decorating for the holidays, with a few extra safety precautions this year. From Friday, Nov. 27 through Sunday, Jan. 3, University Boulevard between Euclid and Park avenues will have holiday events and decorations including a poinsettia tree, a Rose Bowl float and Santa.

Santa Claus returns this year, but will take up residency in a socially distanced "Santa Snow Globe" in Geronimo Plaza from 1 to 4 p.m. Nov. 27-29, every Sunday in December through Dec. 21, and on Christmas Eve. Taking pictures with Santa is always free.

Through Nov. 29, the art installation “Monuments” by Arizona Arts Live is in Geronimo Plaza and near the Arizona State Museum on the UA campus after dark. "Monuments" projects the faces of local heroes in an outdoor environment, exploring the conversation around monuments and their meaning.

Dec. 10—Lighting of the Menorah at sunset through the end of Hanukkah. 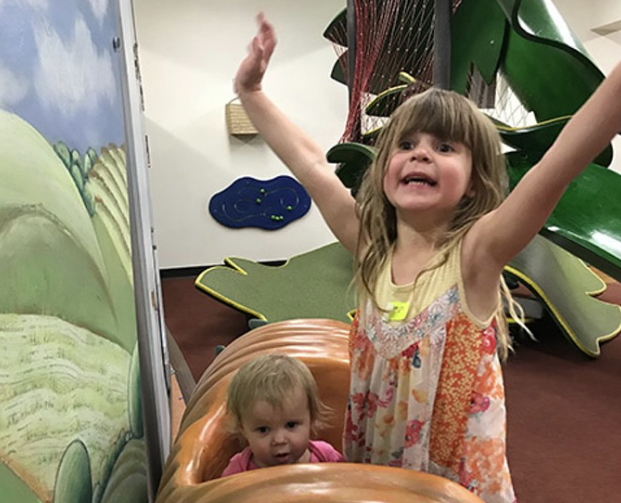 The Children’s Museum in downtown Tucson has announced their plans to reopen with limited admission on Wednesday, Nov. 11. The Museum will be open with two two-hour play sessions from 9-11 a.m. and from 2-4 p.m. Wednesdays through Sundays. Visitors will have access to all indoor exhibits, as well as their outdoor “curiosity courtyard.” Museum admission, including the courtyard, will be by timed ticket only, with a limit of 50 visitors at the museum at once.

Visitors ages 5 and older will be required to wear masks while at the museum. There will also be sanitation stations in the courtyard for visitors, and staff will clean and disinfect activities and areas between sessions.

The Curiosity Courtyard is filled with activities, crafts and games, including a cactus ring toss and animal-themed beanbag toss. A dig pit with backhoes has also been added to the courtyard.

The Children’s Museum in Oro Valley will continue with virtual programming only as part of their phased reopening plan.

Admission is $9 per person, with discounts available for military and visitors on public assistance. The Children’s Museum is located at 200. S. 6th Ave.