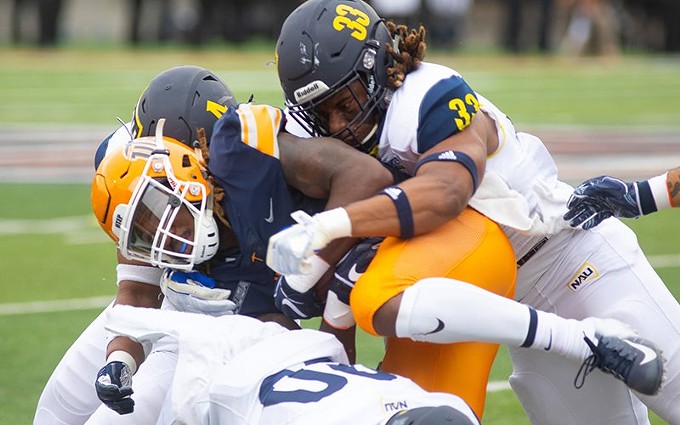 Tristen Vance, a Hamilton High School graduate and linebacker for the Lumberjacks, expected to play his final season this fall before the COVID-19 pandemic hit. The Big Sky Conference postponed its football season until the spring, pushing Vance’s true senior season back to next fall.

“I’ve been working my whole life towards a dream to play professionally,” Vance, 23, says in a 30-second ad supporting Joe Biden. “Missing this season puts those dreams in jeopardy.”

For Vance, addressing voters and sports fans directly is an opportunity to encourage others to be as productive as the pandemic will allow them to be.

“My intention behind this is really just to inspire people to just be the greatest form of themselves, you know what I mean? That’s the greatest human accomplishment, to inspire someone,” Vance told Cronkite News. “So I just hope that I inspire people to be constructive in what you do, and how you approach things, be appropriate and be fair, but if you believe in something don’t live in fear of that and be able to take that risk, be able to be a leader.”

Sports fans have had a strong presence in both presidential candidates’ campaigns. In August, Biden released a series of ads showing empty football stadiums, including Sun Devil Stadium and Arizona Stadium, and blamed President Donald Trump’s mishandling of the pandemic for the shutdowns.

“Trump’s failure of leadership is why we can’t play right now,” Vance says in the ad. “We need a leader who’s going to look out for all of us, to be constructive and build. I trust Joe Biden to do that.”

Trump, meanwhile, has denounced athletes taking a knee during the national anthem to protest police brutality and racial injustice, a practice former 49ers quarterback Colin Kaepernick started in 2016. The president also has urged fans to boycott sports leagues that condone such protests.

Football games have been a platform frequented by ads for both Trump and Biden, especially at the college level, often airing during games with colleges in swing states. In addition to Vance’s ad, Biden has three other commercials airing during NFL games. The average cost of a 30-second ad during an NFL game was about $420,000 in 2019.

“Perhaps some football fans are still undecided and by presenting an advertisement during the game, people will be incidentally exposed to Biden’s message, and it could possibly influence their decision making,” said Kim Fridkin, a Foundation Professor of Political Science at ASU’s School of Politics and Global Studies. “By using a local football player, the advertisement may have additional resonance with Arizonans watching the Cardinals.”

Vance believes “a lot of the target audience of the National Football League is perceived to be a more conservative audience. However, also, it is a young audience, I believe it’s an audience that sets a lot of, you know, trends, and they’re a dynamic element of pop culture, whether it be the NFL brand itself or the athletes within the organization.”

Campaign advertisements are common during widely broadcast events. For example, Biden ads aired during the Billboard Music Awards, the MTV Music Awards and the MLB playoffs.

“So I do believe that, if you can, you have a direct line to pop culture and influence that can directly help your campaign,” Vance said. “I believe that it’s an important thing to attack and address.”

This isn’t Vance’s first experience with speaking on politics and social issues. He has a podcast called “The Social” that he started with teammate Brandon Lawless, where the two discuss what is happening to Black Americans around the United States and social justice. He believes an article about his podcast in the Arizona Daily Sun got him noticed by the Biden campaign.

“I believe that’s how the Biden team initially found me,” he said. “When they first reached out to me, I didn’t think it was real. So they reached out to me and they said, ‘OK, we want to do an interview with you to kind of see what you’re about.’”

In addition to the podcast, Vance recently helped start an organization at NAU called Athletes for Social Alliance offering professional support for the school’s athletic community, from career fairs to financial advising.

“So it’s a collective of athletes, some Black, some Latino, some of the LGBT community, it’s a variety of us,” he said. With a staff of two and eight students, “we plan to grow and expand” with open forums, discussions on issues like voter suppression and inequality.

Vance feels that in the ad he can speak for more than just himself. 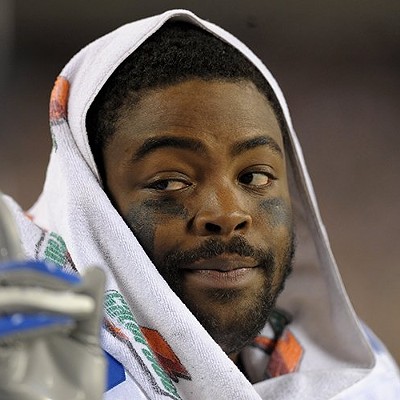