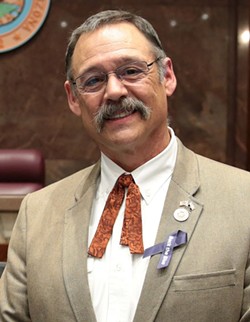 In late September, the Republican-backed “audit” of votes in Maricopa County confirmed—yet again—that Joe Biden had legitimately won the electoral votes of the State of Arizona. To summarize: This was an unprecedented extra review of votes based in conspiracy theories that happened after certification of the results by the (Republican-led) Board of Supervisors, conducted by a company who had never audited an election before and whose founder claimed the election was rigged beforeconducting the audit—all while costing Maricopa County millions of dollars in the process.

The entire recount was a mess and a circus. An expensive mess and circus. Despite a prior agreement to cover expenses, GOP state senators forced the Maricopa County and taxpayers to foot the bill for new voting machines following the audit under threat of the state government pulling hundreds of millions in revenue sharing funds.

We should not let a similar costly frivolity occur here in Pima County.

Sadly, the cancerous movement to hamper Arizona democracy is somehow still growing. Conspiracy-fueled advocates of “Stop the Steal” have yet to back down despite the fact that even the partisan-led, amateurishly handled Cyber Ninjas report demonstrated no evidence of widespread voter fraud. State Senate President Karen Fann can claim any nonsense she wants, but Arizona’s election was completely aboveboard.

Still, on Friday Oct. 15, the GOP push to invalidate the legitimate results of the Arizona 2020 Presidential Election returned in force. An e-mail statement from former President Donald Trump claimed that “A new analysis of mail-in ballots in Pima County, Arizona means the election was Rigged and Stolen [sic] from the Republican Party in 2020, and in particular, its Presidential Candidate.” This is patently false, but what’s new?

Just when you thought talk of an Arizona recount was dead… here we go again.

Honestly, we should have seen this coming. Contention surrounding the results of the Pima County election is nothing new. On Nov. 17, just a few weeks following the 2020 election, the Pima County Board of Supervisors voted 3-2 to formally certify county-wide election results in what is usually a vote of formality. However as with everything, 2020 proved far more complicated. Republican supervisors claimed there were voting irregularities despite having no evidence and that Arizona’s Republican Attorney General Mark Brnovich found no validity in their claims. The supervisors who voted against certification peddled the same ‘SharpieGate’ conspiracy theory that right-wing activists espoused on election night (and yes, the theory was summarily debunked).

What’s scarier is that Arizona State Rep. Mark Finchem (you know, the one who was at the Stop the Steal rally on Jan. 6 fomenting insurrection) is supporting the former president’s claims. At a Trump rally earlier this month, Finchem claimed to have a source that more than 30,000 fictitious votes were registered in Pima County. Unsurprisingly, the Oro Valley Republican has been unable to provide any tangible proof for this claim. Instead, he has relied on video “analysis” from Shiva Ayyadurai—a self-proclaimed audit and elections expert—who has repeatedly failed to understand Maricopa County ballot procedures during State Senate testimony and claimed to be the inventor of e-mail (he is not).

In response to the hubbub, Pima County Administrator Chuck Huckelberry re-iterated the validity of the election results: “Pima County conducted a free, fair, secure, and accurate election.” Huckelberry also pointed out that a public, hand-counted audit was already conducted by both the county Democratic and Republican parties. Huckelberry concluded his statement by noting that “if there is anyone who believes they have evidence of wrongdoing, they should provide such evidence to proper investigative authorities…” I’ll translate: There is no evidence of this fraud, and if there were these right-wing activists would have submitted it already.

So, if local officials do not believe the lies being peddled, why is a known conspiracy theorist sharing lies from an MIT graduate and supporting a president he’s long been tied to so concerning?

First, there’s now an ongoing petition to start a forensic audit in Pima County much like the one in Maricopa that wasted taxpayers’ time, money and patience. As part of this request, Finchem and Trump are also asking for the Arizona election results to be decertified. That alone is corrosive to local democratic values.

Still, at this point it feels like far-right throwaway attempts at democracy subversion are a dime a dozen. Finchem, however, seems to have plans that are far more concerning. See, he is currently running to control elections throughout Arizona as Secretary of State on a platform centered around “fixing” our electoral system. So, Finchem and Trump are not just coming for the results of the Pima County election this time around but want to be put in charge of Arizona elections in the future too.

Now that’s terrifying. This whole push for a recount is subversive political theater at worst, and a deranged conspiracy at best. Either way, it only serves to hurt the constituents of Pima County and erode faith in our democratic system. Don’t listen to Trump or Finchem, it’s the same tired lie—this time just with some Pima-centric spin. 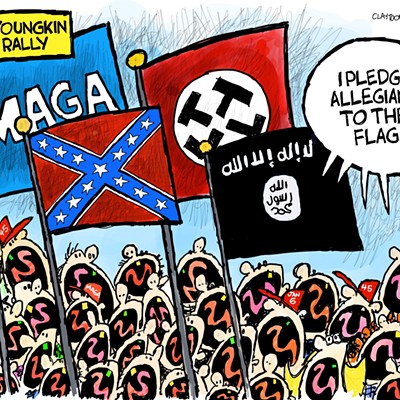 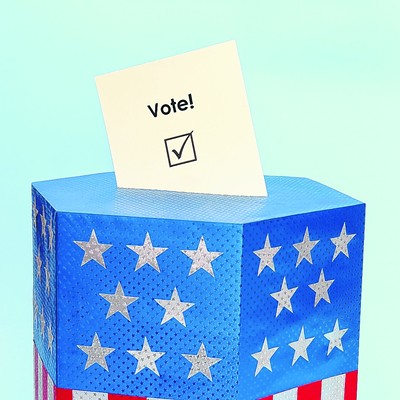