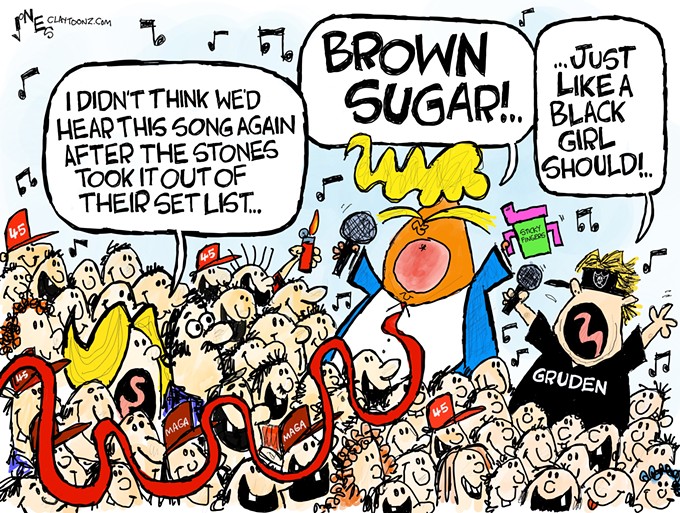 Thanks to University of Arizona golf star David Laskin, every UA student, faculty member and staffer will be able to access the Wall Street Journal for free.

When Laskin was named the Pac-12 Scholar Athlete of the Year, two UA alumni donated $200,000 in his honor to be used for the men's golf team and the Eller College of Management’s Department of Finance.

“I remembered that I’d had to buy the Wall Street Journal for some of my classes, so, in talking with my dad, he suggested figuring out a way to give access to it. That made a lot of sense to make it accessible for students.”

Through their memberships, students, faculty and staff will have unlimited access to WSJ.com, WSJ apps, podcasts, curated newsletters and more. Those that currently have memberships may be eligible for partial refunds when they switch to their school-sponsored subscription.

Students, faculty and staff can visit WSJ.com/UArizona to access their free subscription. For more, visit eller.arizona.edu. Christine “Crissy” Perham, an Olympic gold medalist and two-time national champion for the Wildcats in the 100-yard butterfly, said in the brief that she “accidentally became pregnant” while on birth control during her sophomore year in Tucson. She said she could “count on one hand how many people I’ve told about my abortion. Until now.”

PHOENIX – The surprise announcement of a partnership between the Arizona Bowl and Barstool Sports sheds light on the divisiveness triggered by the media company, but also its increasing attempts to change its image.

On July 27, Barstool Sports and the Arizona Bowl, based in Tucson, announced a partnership that includes naming rights for the bowl game. The company has a controversial past, much of it stirred by Barstool Sports founder Dave Portnoy, who has been accused of misogyny and racism for some of his past posts and comments. Although Portnoy sold 51% of the company in 2016, he remains its “Chief of Content.”

The backlash that followed on social media was quick and predictable. And Victoria Jackson, a sports historian at Arizona State University who studies the intersection of sport and society, questions the decision.

And there was also a tangible cost.

The Pima County Board of Supervisors, in a 4-1 decision, voted to withdraw nearly $40,000 in funding from the game, which is played at Arizona Stadium on the campus of the University of Arizona. And the board requested that the county’s name be removed from the Arizona Bowl’s website.

Supervisor Rex Scott, who voted in favor of pulling the funding, explained that his priority was to represent the people of Pima County and he fulfilled that responsibility by voting to withdraw financial support to the bowl game.

“There’s a distinction between the business decision that (the Arizona Bowl) made and the public role that (the Pima County Board of Supervisors) have,” Scott said. “They’re interested in getting the greatest amount of exposure for the game and to promote the game, not only this year, but in subsequent years. But we have a different calculus as public officials.”

Supervisor Steve Christy was the lone representative to vote against the motion to withdraw the county’s funding.

The Nogales-born boxer found out about his positive test result on Monday after recently submitting to a random drug test by the Voluntary Anti-Doping Agency (VADA).

Valdez’s attorney Patrick English said his client unknowingly took the banned substance while using a certain type of herbal tea, according to a 13-page letter submitted to the WBC, Top Rank, VADA and the Pascua Yaqui Athletic Commission, the governing body in charge of professional and amateur combat sports events on tribal land.

English also states in the letter that the stimulant Phentermine—a substance used for obesity and appetite suppression—is not considered a banned substance by the World Anti-Doping Association (WADA) unless it’s present in the fighter’s system the day before a contest.

Team Valdez, WBC and boxing promotional company Top Rank are set to have a Zoom meeting today to discuss the issue. If the WBC finds Valdez at fault for the positive test result, he could be stripped of his WBC super featherweight title.

The Pascua Yaqui Athletic Commission is also set to discuss the matter this week and will ultimately have the final say on whether Valdez vs. Conceicao will still take place at AVA Amphitheater on Sep. 10.

PHOENIX – The ACC, Big Ten and Pac-12 conferences announced an official alliance Tuesday – a move that could impact the athletic programs at Arizona State and Arizona as well as the PlayStation Fiesta Bowl.

“Despite the shifting landscape, there are some critical constants among many college athletics, and specifically among every one of the 41 institutions in our three conferences,” said new Pac-12 Commissioner George Kliavkoff. “These constants include a resolute commitment to our student-athletes, a commitment to both academic and athletic excellence and a commitment to protecting that which makes college sports so special for our student-athletes, alumni and fans.”

The decision could pave the way for matchups appealing to Pac-12 fans, such as Arizona State-Ohio State or Arizona-Clemson. It also has the potential to give the alliance leverage in determining the structure of a 12-team College Football Playoff format, in how playoff games are divvied up among bowl games like the Fiesta and in television contract negotiations.

There is no signed contract or legal document to bind the alliance, as it operates under a gentlemen’s agreement. However, the conferences will join forces on critical issues in college athletics.

“It’s about trust,” ACC commissioner Jim Phillips said. “It’s about, we’ve looked each other in the eye. We’ve made an agreement. We have great confidence and faith.”

Among the prevalent issues within collegiate athletics, the alliance hopes to address are athlete mental and physical health; strong academic experience and support; diversity; gender equity; future structure of the NCAA; and postseason championships and future formats.

In the wake of plans by Texas and Oklahoma to move from the Big 12 to the SEC by 2025, the new alliance between the three Power Five conferences will add much-needed leverage for the 41 institutions involved.