This week Twin Peaks fans got some rough news on the series' eagerly anticipated reboot. After two decades of being gone, the beloved cult supernatural crime drama was slotted to come back with full cast and writer/director David Lynch in tow. It sounded like the redux was on the right track until Showtime decided Lynch wasn't worth the money that he was asking and went on with the project without him. Though the network claims they're still in negotiation, Lynch's Twitter feed begs to differ.

"After 1 year and 4 months of negotiations, I left because not enough money was offered to do the script the way I felt it needed to be done," Lynch said on Twitter, continuing in an ensuing Twitter update, "This weekend I started to call actors to let them know I would not be directing. Twin Peaks may still be very much alive at Showtime."

Here's what Twin Peaks' cast had to say about journeying back to the world of Laura Palmer and Special Agent Dale Cooper without Lynch:


Well, now it's time to stand in solidarity with those actors and with Lynch himself. Between sending furious e-mails to Showtime execs, you can head into the Loft Cinema, located at 3233 E. Speedway Blvd., every Wednesday this month for a different David Lynch movie screening.

Tonight, the series continues with "The Elephant Man" at 7 p.m. Although you might have missed the "Eraserhead" screening on April 1, you can still catch "Dune" on April 15, "Blue Velvet" on April 22 and "Wild at Heart" on April 29. For tickets and more information, visit the Loft Cinema website.

To send an angry message to Showtime, go here. 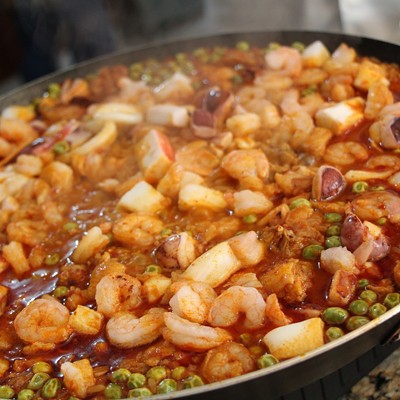