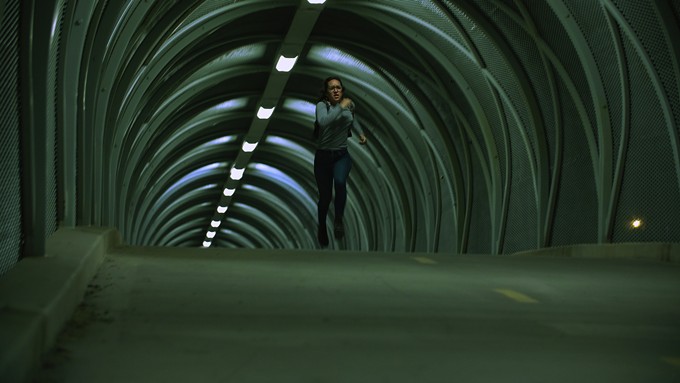 "Time-traveling lesbians." That was all the pitch Tierney Harris needed when their friend Will Holst asked if they wanted to participate in a short film, Mind Over Time. It tells the story of Dawn, a young woman who has been haunted for years by a mistake she is desperate to undo. But also, yeah, lesbian time travel. The film premieres at the Phoenix Film Festival on Aug. 14 and will also be shown at OUTFEST Los Angeles on Aug. 20.

Holst is a sci-fi fan, but it was important to him to tell a story where the main characters didn’t all look like him, a white man. He wanted the story to display some of the diversity he knows and loves among his loved ones. For example, the character who proposes the theory for how to time travel is a young black professor. And the story centers around an interracial lesbian relationship.

“I thought it was really awesome to make it a very obviously LGBTQ story, because you do see a lot of, ‘Oh, here’s the story line and it happens to be gay.’ But definitely while I was on set I was like, ‘I’m gonna make this so gay, on purpose,” says Harris, who plays Dawn’s partner, Grace. “I’m bisexual, and I loved an opportunity to really express myself on film like that. It was the first project that I’ve ever been on where I get to show that side of myself.”

Many of the cast and crewmembers are University of Arizona alumni, and all are, or were, affiliated with the university in some way. The group’s familiarity with the city came through in the film: The main characters hike through the Tucson desert, sip coffee at Espresso Art over on University Boulevard, walk across Rattlesnake Bridge over Broadway Boulevard, and even take shelter from a sudden downpour, like all Tucsonans have had to do. In some ways, it serves like a love letter to Tucson as much as it is a love story between two people.

“I was really excited abut making something in Tucson with people that I know and love,” says Isa Ramos, who played Dawn. “It was really cool to add a little magic to places that have formed me.”

While COVID stalled or even annihilated many people’s creative endeavors, Holst said it acted as a catalyst for the movie project.

“We’d always talk about movies or come up with cool ideas and they never come to fruition,” he says. “And this time it was l just like, ‘Well, we should do it,’ because you never know what the future holds. You really have to take every opportunity you can to be creative or do something you love or are passionate about.”

It’s hard to imagine a better year to make a movie about time travel than the year where time felt completely out of whack. Some months in 2020 seemed to drag on for months, while others felt like they lasted seconds. This collectively warped sense of time set the scene well. People’s schedules were different. People’s priorities were different. People’s creative processes were different. But in between other jobs, and in early mornings and late into the night, the 13-member team made it happen. They shared a COVID bubble and worked as safely as they could – the most people on set at any given time was six, and many crew members did their post-production work remotely. Holst said everyone on the crew had a handful of jobs within the project.

“It was something I’d never done before, and it was the middle of 2020, so what else were we doing?” said Dani Danec, who did the show’s makeup and hair (and was second AD, and kept track of the schedule, and was a stunt driver, and did audio work, etc…) She added that, besides being able to make it to filming when she was also working another job, one of the biggest challenges was shooting a film in the heat of summer that takes place in November. “How do we make you look like you’re bundled up without actively killing you?”

Holst said he calculated the budget as approximately $7,000 – which includes both the cost of equipment he already owned, rented pieces and equipment he bought as part of the universally self-prescribed retail therapy movement of 2020.

The team was thrilled when the film was accepted to Phoenix Film Festival, the largest film festival in Arizona, as well as to OUTFEST Los Angeles, one of the largest LGBTQ+ film festivals in the world.

See Mind Over Time at the Arizona Shorts A Program at the Phoenix Film Festival, at 4:50 p.m. on Saturday, Aug. 14. Or see it in the OUTFEST Los Angeles’ What a Girl Wants shorts program at 7 p.m. on Friday, Aug. 20. For more information, visit MindOverTimeFilm.com. 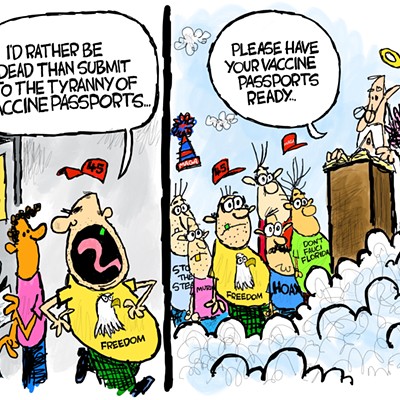