Kathy Hoffman
Four years ago when Republican Diane Douglas was the new Superintendent of Public instruction, I'd written four posts about her by the end of May, much of it positive. I'm a bit ashamed to admit I've gone this long without writing about our current superintendent, Democrat Kathy Hoffman. It's time to correct that.

My posts about Douglas were sighs of relief that she wasn't acting like the fire-breathing ultraconservative she played on the campaign trail. In the early going, Douglas was making reasonable, inclusive statements about Arizona's schools and students. She was doing no harm, which was the best I could hope for. To my surprise, she even did some good. So I offered her praise and encouragement during the early going. When Trump came into the picture, Douglas reverted to wingnut type, but that was years later.

Hoffman, meanwhile, began doing the kind of job I hoped she would from her first days in office. I've been waiting to see if the trend would continue, and it has. Almost halfway through her first year, Hoffman has created enough of a track record for me to say, I'm impressed.

It's important to understand the nature of the superintendent' job to put Hoffman's accomplishments in perspective. She administers a multi-billion dollar budget but has no direct impact on legislators or legislation. Any political clout Hoffman has comes from the way she uses her bully pulpit. Thus far, she's used it effectively. She continues to emphasize her perspective as an educator, which is a welcome relief after three decades of non-educators running the Department of Education. Hoffman makes it clear, she knows teachers, she knows students, she knows public schools.

Hoffman took her oath of office with her hand on a children's book. That could be called gimmicky, I suppose, but I appreciated the symbolism. She was swearing an oath to serve the students, to put their needs foremost. Most teachers make a similar oath to themselves every year before the first day of school. It was a promising start.

There was no symbolism involved in Hoffman's strong stance against the Arizona law stating that sex education courses can't say anything positive about what the law calls "a homosexual life-style." Referring to it as the "no promo homo law" in her State of Education speech, Hoffman said the policy is "outdated . . . harmful and wrong."

The law may have been on the way out regardless. The board of education was facing a suit over the statute, and Attorney General Mark Brnovich said he wouldn't come to its defense. The board of education voted unanimously against it, then in April the legislature repealed the law. Whether or not Hoffman's aggressive stance on the topic moved votes, her full-throated condemnation of the old law helped clarify the issue and boost it into statewide prominence.

The requirement that ELL students be given a four hour block of instruction in English each day may have been on its way out this session as well. It was almost eliminated during the previous legislative session. For Hoffman, getting rid of the counterproductive four hour mandate had been an issue during her campaign and she continued to work on it as superintendent. In February, Ducey signed the bill which made the change. Again, Hoffman took a progressive stand in favor of students who were being poorly served by the educational system, and her advocacy helped push the issue into the spotlight.

In May, Hoffman created a school violence task force. By surrounding herself with students wearing "March For Our Lives" t-shirts during her official announcement, Hoffman made it clear she wanted her office to join the student-led March For Our Lives movement which took the nation by storm after the shootings in Parkland, Florida, staking out a position contrary to Republicans who claim our schools need more guns and security guards to keep students safe.

Hoffman created a new position, an associate superintendent of equity, diversity and inclusion whose mission will be "driving ADE’s internal and external efforts to better serve under-represented, marginalized, and at-risk students and their families." I hope to hear some serious discussion about funding inequities in our schools and inequalities in the way we treat different groups of students from the new assistant superintendent, and recommendations for addressing the problems. The right person in the position can act as a counterweight to the relentless pressure from our Republican office holders to heap favors on the children of their wealthy friends and benefactors.

The latest issue Hoffman dealt with is the seven students living on the Navajo reservation who have been using Empowerment Scholarship Account vouchers to attend a private school in New Mexico just on the other side of the border. Every indication is that the pro-voucher American Federation for Children (which used to be run by Trump's Secretary of Education Betsy DeVos) helped engineer the situation so Republicans could push for a law saying Arizona voucher money can be used to pay for out-of-state school tuition.

Hoffman joined a bipartisan effort which addressed the problem without penalizing the students, yet kept the voucher program from expanding its reach. The solution was to create a temporary, special exemption for those students, allowing them to use ESA funds to finish out the school year and attend next year as well, giving their families ample time to find a school inside Arizona to attend.

In a skillfully written press release about the decision, Hoffman emphasized the will of the voters and praised the bipartisanship of the legislators.


This legislation . . . respects the will of Arizona voters, who soundly rejected an expansion of the ESA program last year. This is an example of what we can do when we work together to find solutions to our problems. I want to thank the representatives from LD-7 for their help on this issue.”


Hoffman hasn't moved educational mountains. She's not in a position to move them. But she is a rare progressive voice in state office and a strong advocate for what is best for Arizona's students. 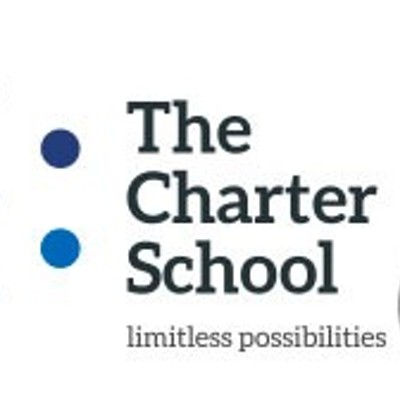