Arizona's Department of Education may begin taking a more active role in charter school accountability, thanks to some terrific investigative reporting from the Arizona Republic, which woke people up to the potential for corruption and profiteering in the charter sector, and a Department of Education headed by Superintendent Kathy Hoffman who cares about such things.

Getting alternative-school status is a big deal. Because the schools are supposed to serve students who are potential drop-outs, they don't get an A-F grade from the state.

That makes sense. Students enrolled in alternative schools are likely to be behind academically, meaning their state test scores will be low. As a result, the schools' state grades, which are mainly based on student scores, would usually be D's and F's even when they are serving their students well. Two F's in a row and a school loses its contract with the state. So, to allow alternative schools to remain in operation, the state doesn't give them grades.

The problem is, if no one is paying attention, a charter school doing a lousy job can slide under the radar by calling itself an alternative school. It looks like that's been happening. According to the Republic article, the number of students in alternative schools has increased 40 percent since 2010.

The  Lifelong Learning Academy is among the scammers. It falsely claims to have 22 at-risk students. It claims it has instruction geared to students with autism, but with only one teacher serving all its students — it has under 30 students total — there is little chance it offers and specialized programs or assistance. The school claims to have an "A" rating even though it has never been graded by the state.

Jack Thoman Air and Space Academy and Performing Arts Studio applied for alternative status for the first time after getting an "F" grade last year.

These two denials should usher in a get-tough policy toward schools claiming alternative status.
The ADE plans to tighten up the review process for the schools. It will also be able to visit all charter schools more often, because the new budget will allow them to hire ten additional staff members for the Charter Board.

Since Arizona opened its first charters in 1995, the Charter School Board has been underfunded by design. The philosophy has always been to keep government hands off the schools and let the "invisible hand of the marketplace" work its magic.

Kathy Hoffman's Department of Education appears determined to change the laissez-faire tradition. Charter school advocates should cheer her on. The least effective schools are likely to improve or fold if they are monitored more carefully, raising the quality of schools and the reputation of the charter sector. 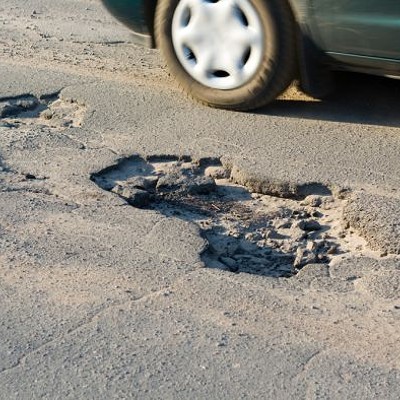 XOXO: Where to Rock Thursday, June 6