Arizona Republicans Are All In For "Education Reform." Charter School Reform? Not So Much. 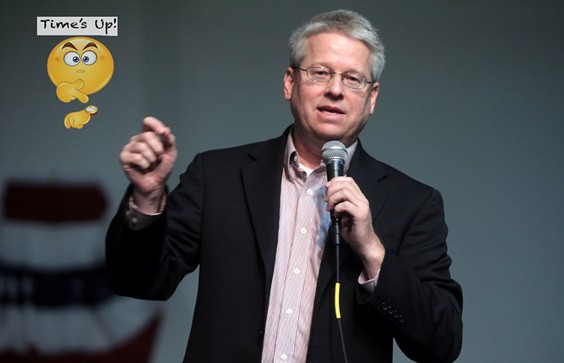 Arizona became an early adopter in the privatization/"education reform" movement almost a quarter century ago when it opened its first charter schools.

From the beginning, the Republicans pushing charter schools had two overlapping goals: open as many charters as possible, and regulate them as little as possible. They're fine using taxpayer money to fund the schools, but their mantra has always been, "Keep your government hands off my charters!" They've kept rules and regulations as few and as toothless as possible.

As a result Arizona has the highest number of charter schools per capita in the country, though other states are catching up. We also have some of the worst examples of unchecked profiteering and what can only be described as legal corruption in the charter school sector you're going to find anywhere.

I'll get to the most recent example of profiteering and corruption involving State Representative Eddie Farnsworth (R, LD-12) in a minute, but first let me make one thing absolutely clear. Republicans have had plenty of opportunities to increase transparency and tighten financial rules on charter schools. The media has written articles about problems for years. Democratic legislators have proposed legislation to put a check on some of charter school operators' worst practices. Republicans have purposely ignored the media warnings and shot down Democratic legislation at every turn. If they retain their control over the legislature and the governor's office, nothing is going to change. You can bet money on it. However, if Democrats increase their power November 6, there's a good chance we'll see increased transparency and tighter regulation, which will, ironically, improve the quality of the charter schools Republicans hold so dear.

Now, to Rep. Farnsworth, who has figured out a way to turn charter schools into a multimillion dollar goldmine.

Farnsworth is the sole owner of Benjamin Franklin Charter Schools. "Owner" is the proper term, since they are for-profit charters, meaning Farnsworth owns them lock, stock and school buildings on the chain's four campuses.

Farnsworth is in the process of transferring the schools to a non-profit company. That means he plans to sell his buildings to the people who are taking over the schools. It's still unclear how much he'll make on the transaction, but it could be as much as $30 million.

Before making the transfer, Farnsworth had to get approval from the state Charter School Board. It wasn't a problem. They voted 10-0 in his favor. But don't blame them for the decision. What Farnsworth is doing is perfectly legal.

Wait. It gets sleazier. The newly created non-profit taking over Farnsworth's schools is run by three friends he recruited to sit on the Benjamin Franklin Charter School board. They plan to turn the management of the schools over to a separate company, which will most likely be run by Farnsworth. We don't know what they'll pay him for his services.

All this is perfectly legal. And the Farnsworth saga isn't an isolated incident. It's just one of a number of stories about charter school profiteering broken by Craig Harris of the Arizona Republic. If you want to read more, the Republic has provided a page containing links to all of the stories.

Charter profiteering has been big news lately, though it hasn't gotten the attention in southern Arizona it deserves. The problems may be concentrated in the Phoenix area, but it's a statewide concern. In a campaign season where education is the number one issue, charter school regulation should be a factor in the elections. Candidates should be ready to say what they plan to do to improve charter school transparency and accountability if they're elected, or if they're incumbents, what they have done during their tenure.

A "Who's-That-Little-Guy-In-The-Corner?" Note: My last post had a bunch of angry emoticons floating around the top of the page. It was my response to Republicans' repeated attempts to tell educators to calm down, there's no reason to get so riled up about all this school funding nonsense. Sorry, I don't plan to calm down. I chose the little guy pointing at his watch and saying, "Times Up!" out of the group as my personal avatar. You may see him hovering in the graphics at the top of my posts from time to time.

Claytoon of the Day: Beto Vs. Creepo