The Education of Bill Gates 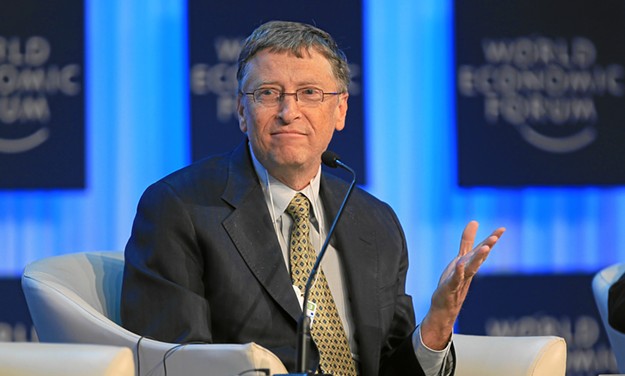 Courtesy of wikimedia
Bill Gates made billions and billions of dollars in the field of computer technology, helping to transform the world in the process. He's an innovator. He's a disrupter. He's the savviest of savvy businessmen. He's been successful beyond anyone's wildest dreams of success or avarice.

So Gates thought, why not put his entrepreneurial genius and hundreds of millions of dollars a year to work innovating and disrupting and transforming the field of education? How hard can it be?

Gates has been pouring money into his educational experiments in this country since 2000. Overall, I'd give his efforts a grade of C. Not much help, no grave harm. I'd give what he's learned about education a B. He now understands he doesn't know as much about education as he thought he did.

Bill and Melinda Gates released their annual letter answering The 10 Toughest Questions We Get. Question #2 is, "What do you have to show for the billions you’ve spent on U.S. education?" Their answer employs the couple's usual upbeat tone, but the efforts they describe are less than encouraging, especially given that, "Our foundation spends about $500 million a year in the United States, most of it on education."

A few telling excerpts from their answer:


"One thing we learned is that it’s extremely hard to transform low-performing schools."

"We have also worked with districts across the country to help them improve the quality of teaching. . . . But we haven’t seen the large impact we had hoped for."

"How did our teacher effectiveness work do on these three tests? Its effect on students’ learning was mixed."


Some progressive educators question Gates' motives. I don't, or not as much as others do, anyway. I don't think Gates has a political agenda along the line of, say, the Walton family or the Koch brothers or the DeVoses. I believe Gates honestly wants to improve the country's education system, without a whole lot of preconceived, ideological notions about what that means. That's why he's been reasonably honest about his failures, while others like the Waltons and the Kochs and the DeVoses happily lie through their teeth about how successful their efforts have been.

Gates thought small schools were the answer. In 2009, he admitted, “Many of the small schools that we invested in did not improve students' achievement in any significant way." He was sure Common Core, which he backed with hundreds of millions of dollars, would improve achievement. He doesn't talk much about it  anymore. And as he said in his recent letter, his success at transforming existing schools, improving instruction and increasing student learning have been minimal.

We're up to our necks in recently minted billionaires in the high tech and investing fields, Gates among them, who think their monetary success make them geniuses who know how to fix anything, and K-12 education looks to many of them like the lowest hanging fruit. Many of them think if they pluck the fruit from what they see as the rotting tree of government and replant its seeds in the fertile fields of private enterprise, it will grow and flourish, nurtured by the invisible hand of the marketplace. They demonstrated their own success in the marketplace, so they figure they can employ the same magic to turn schools into the educational equivalent of successful tech companies and hedge funds. Most of them are far more interested in charter schools and private school vouchers than in public education. Gates is a charter school supporter as well, but because he's less of a free market ideologue than many of the others, he puts a great deal of effort into district-based public education a well.

An objective look at the work of what Diane Ravitch calls "the billionaire boys club" doesn't show they've gotten much educational bang for their bucks. Charter schools are better than district schools, except when they're not. Voucher students do better than similar students in public schools, except when they don't. When you get rid of the cherry picking and look at the big picture, the educational effects of the hundreds of millions of dollars flowing into the "education reform"/privatization movement from the billionaires' pockets are pretty much a wash.

Teaching children and improving schools are much tougher propositions than most people outside the field of education understand. And another thing a lot of people fail to understand, including many educators: education is not an effective way to fix the country's problems related to poverty when it's working by itself. But lessening the burdens of poverty is the best way there is to improve student achievement, and it's even more effective when schools improve as well.

When it comes to the study of poverty, I'm going to give Bill Gates a B+ on his midterm exam, though I don't know what his final grade will be. For the first time, he and Melinda are taking a close look at poverty in this country. They still believe in the importance of education in helping low income students improve their lives, and they're right about that in many instances, though not, unfortunately, as a general rule. But when the Gateses recently took a first-hand look at poverty, here's what they concluded.


"The visit also made us think through other ways we could help people get out of poverty. The issues of economic mobility in America are deeply intertwined: education, employment, race, housing, mental health, incarceration, substance abuse."

What will they do with their new-found understanding that education is just one component of helping people rise out of poverty? They're not sure.


"We haven’t decided how what we’ve been learning might affect our giving, but it has certainly had an effect on us. We will share more about our approach when we have settled on a strategy."

This teacher hopes the Gateses' educations move them to work on some of the core problems of poverty in this country and open them to using more enlightened strategies in helping schools improve students' lives. 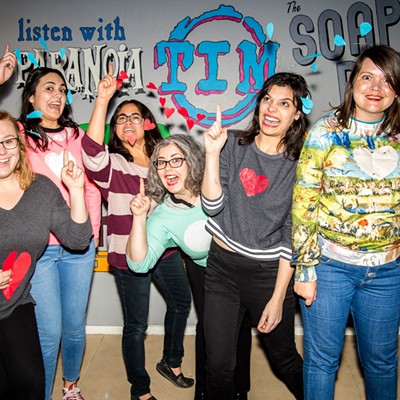