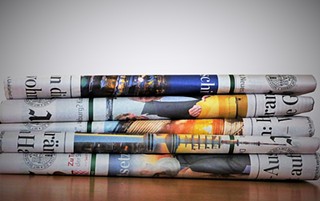 So there’s this nerdy married couple I know. When they were dating, their idea of a hot date was to go to dinner and then work on a jigsaw puzzle together. Now that they’re married, they go to museums and stuff, but they do so in other cities so that they have to stay over in a hotel…together! Born to be wild, huh?

Anyway, a few weeks ago, they flew to the Midwest to do married nerd stuff. It sounded like a vacation that they had seen on a rerun of Malcolm In The Middle. They were about to fly home from Chicago when flights started getting canceled due to the surge in COVID cases involving the Delta variant. So they made a snap decision and rented a vehicle and decided to drive back to Tucson. Considering the cost of car rentals these days, they could have used the money to buy a house in Chicago and just live there until COVID passes.

They’re very thoughtful people. They know not to bring me stuff like state magnets for the side of the microwave or anything edible. Because they know what I like, they bring me newspapers.

I love newspapers; always have. One of my earliest memories was of my high-school-educated dad sitting at the kitchen table, reading the Los Angeles Times from front to back. He was a voracious reader and the L.A. Times back then was a prodigious undertaking. I remember an urban legend about Barbara Bain (a cast member on the original Mission: Impossible TV series) filing a huge lawsuit because her dog was killed by the Sunday L.A. Times that was thrown over her wall.

It was possible to trace their trip by the papers they brought me (and the highlights therein). First:

• From The Gazette (Eastern Iowa’s independent, employee-owned newspaper), there’s this. “An auto racing announcer from southern Minnesota is out for the rest of the season following a racist rant he made during a side gig in Iowa last month…”

Complaining about people who wouldn’t stand for the national anthem, announcer Lon Oelke said (on the loudspeaker) that he wanted to make a “public service announcement.” He then said, “I’ve got four words for you. Find a different country if you won’t (stand). Get the hell out of Dodge.”

He went on to say that his remarks were “for those folks, I guess the darker-toned skin color. I’ll just say, Blacks. They want a different national anthem and the NFL is thinking about doing it. I say just shut the TVs off and let them play in front of nobody.”

• From the front page of the Iowa City Press-Citizen, we learn that local author Rachel Yoder sold her debut novel. It’s called Nightbitch.

According to the Random House website, the premise of the book is: “An artist turned stay-at-home mom becomes convinced that she’s becoming a dog.”

What the hell, if people are willing to buy a book by venom-spewer Mark Levin about supposed Marxists in America (seriously?!), there will probably be an audience for Nightbitch.

Also from the Gazette comes word that Cedar Rapids Prairie High lost a heartbreaker to Pleasant Valley in the State baseball semifinals. Because of the brutal weather, Iowa has always held its high-school baseball seasons in the summer after the seniors have graduated. It’s kinda’ cool.

• In Ellsworth County, Kansas, the Independent Reporter tells us to “Czech out our Czech Festival Edition.” The front page has an article about how Larry and Donna Ptacek were selected as grand marshals for the Czech Festival Parade. Early in the article, we’re assured that Larry is “100 percent Czech.”

Larry and Donna own Mike’s Plumbing and Heating. Wait, who’s Mike and what have you done with him?

• Then it was on to Boise City, Oklahoma, which, according to Google Maps, is not near anything.

As I’ve said, I love newspapers and I want all of them to survive and thrive. But I don’t know how the Boise City News is going to make it. In the upper left-hand corner of the front page, in 40-point type, it says that the paper costs .75¢. How can they make any money that way?! And how do they make change for a penny?

Down the left-hand side of the front page, they have the Boise City Senior Citizens Menu. Wednesday was Italian Baked Fish, with Cole Slaw, Potato Wedges, and Strawberry Shortcake. Thursday was Pimento Cheese Sandwich with Tomato Soup and Coconut Cream Pie.

Then it says “Closed on Friday.” What the heck?!

If they haven’t passed out from hunger, they can come back on Monday for Meatloaf with Brown Gravy.

• The Santa Fe New Mexican had a front-page editorial about how the woman who is becoming the acting majority leader of the state House of Representatives should not take the position because she’s married to a high-powered lobbyist. The reason that she’s moving up is that the person who held the position is suspected of stealing hundreds of thousands of dollars from the Albuquerque Public Schools.