'Babies' is far from riveting, but it's an effective meditation on the beginning of life

There are plenty of movies released this time of year that go light on the plot—but here's a film that has no story whatsoever.

Babies is a 79-minute documentary with no narrative structure at all, other than laying out the first year in the lives of four newborns. There's no narrator; nobody addresses the camera at any point; and there's not much revealed, unless you count how similar babies are wherever you go in the world.

We first meet Ponijao, who, from a Western perspective, would seem to have the roughest life. He's born in a village in Namibia, and the only creature comfort around is a knife, probably used for 100 purposes—but here, it's a tool to shave the little guy's head. He and his brother, who can't be more than a year or two older than him, play together by pounding rocks on other rocks. Not much else to do, really.

Bayar is next, and his conditions aren't much better. His parents are Mongolian farmers, and like Ponijao, he has a slightly older brother. It's not uncommon to see him mingling with the livestock—goats and cows, mainly—before he's even old enough to crawl.

Tokyo brings us Mari, whose life is not much different than Hattie's in San Francisco. Both girls clearly will not want for much materially in their immediate futures. Not only are Tokyo and San Francisco among the world's most expensive cities to live in; the parents seem to be living quite well.

As a comparison, consider that on his way home from the hospital, Bayar is bundled tightly and carried by his mother on the back of a motorcycle, crossing who knows how many miles of Mongolian steppe to get home. Hattie, meanwhile, rests comfortably and securely in a screened, padded carriage when her father takes her out for a morning bike ride.

The cultural and socioeconomic differences are clearly important to director Thomas Balmès—not to illustrate what the haves have and have-nots don't, but precisely the opposite. Though one baby may have to play with rocks, and another has a stocked bookshelf and plenty of plastic toys to occupy her time, the point is that babies will make the best of what's available, so rapid is their development.

With no story as such, no functional dialogue at all, and similar outcomes despite the far-flung locations, Babies will probably get boring in a real hurry if you're not much of a sucker for kids—and maybe even if you are. The film takes no position on anything, merely observing these babies in whatever their environments might be. In one sense, it's a lot closer to a true documentary than the mostly one-sided affairs that make up the genre these days, so it's kind of refreshing that a nonfiction film has no ax to grind.

If the film were envisioned as part of a trilogy or something, one in which the filmmakers would return five and 10 years later, then Babies could more easily pass muster as a work in progress. As it is, the film looks like a series of beautifully photographed but hurriedly assembled home movies. Is it interesting? In spots. Is it riveting? No. But as a meditation on the beginning of life, it's pretty effective.

Babies is not showing in any theaters in the area.

Claytoon of the Day: Triggered Babies 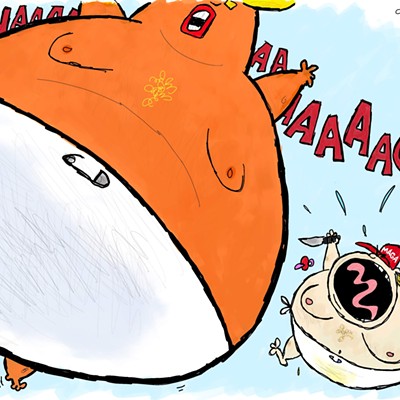 Millennials are Killing the Baby Industry By Having Pets 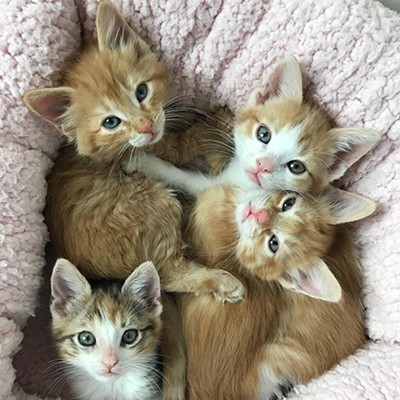