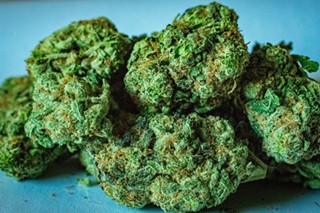 As scores of Arizona voters rejoiced after hearing Proposition 207 passed last November, just as many questioned whether they still needed to renew their medical marijuana card— at a cost around $250—when their favorite dispensary would soon be selling a consumer-grade product.

On the other hand, employers across the great Grand Canyon State heard this news and immediately had visions of their employees showing up to work as if they were attending a Snoop Dogg concert.

While there are some legal questions about workplace weed that remain to be answered, Chris Mason, labor and employment attorney for Phoenix-based Jennings, Strouss & Salmon, P.L.C., advises both employers and employees need to be aware of the rights and protections they currently have.

Mason said employees who have a medical need for marijuana should continue renewing their card because it gives added legal protection against employment discrimination under the Arizona Medical Marijuana Act that recreational users are not granted under Prop. 207.

"I know there are a lot of folks who have medical marijuana cards and are going to let them lapse because they don't want to pay the extra fee when they can use marijuana recreationally," Mason said. "If they let them lapse, those people will lose the protection of the marijuana act."

Ultimately, the individual is going to have to evaluate what workplace protections they need when it comes to using marijuana medically and recreationally, said Mason. He does point out if your job is considered safety-sensitive, your boss can still bar employment for a failed drug test under the Arizona Drug Testing of Employees Act.

"The Arizona Drug Testing of Employees Act provides protection to a wide swath of safety-sensitive jobs. For instance, anybody handling food would be considered safety-sensitive under that enactment," Mason said. "I don't know that the courts will ultimately agree with the whole breadth of safety-sensitive positions as clarified in the law as enforceable. Nonetheless, that's what's written into that statute."

For employers, Mason advises evaluating what your company does and what stance they want to take in the workplace. In many cases, marijuana use could be treated like alcohol, said Mason, meaning that what an employee does on their time is their business, but they cannot be intoxicated while on the job.

"No employer out there should simply abandon marijuana as an issue in protecting their workplace. It should be no different than alcohol prohibition in the workplace. You still have to have those expectations," Mason said. "But there are certainly a lot of different job positions where employers could be more understanding of the rights of medical marijuana users."

The problem with marijuana use and the workplace is it's hard to determine when the last time a person used based on drug test results since THC can stay in the system for days to weeks for casual users and months for habitual use, according to the attorney.

More heavily regulated industries, such as transportation, long-haul trucking and aviation, still have federal and state legal protections that would exclude employment for testing positive for marijuana use whether the plant is legal or not.

However, Mason notes the difficulty some industries like construction are having in determining whether testing for the drug is necessary. He said it comes down to being attuned to the safety needs and liability of the job position.

"The hard part for employers who don't have those legal protections in place. Do they stop testing for marijuana in their employees' systems?" Mason said. "Employers need to evaluate what jobs are truly dependent on safety factors and spend some time deciding at what level of employment they are going to test. Then they need to update their companies' policies and make sure they're compliant with the new law."