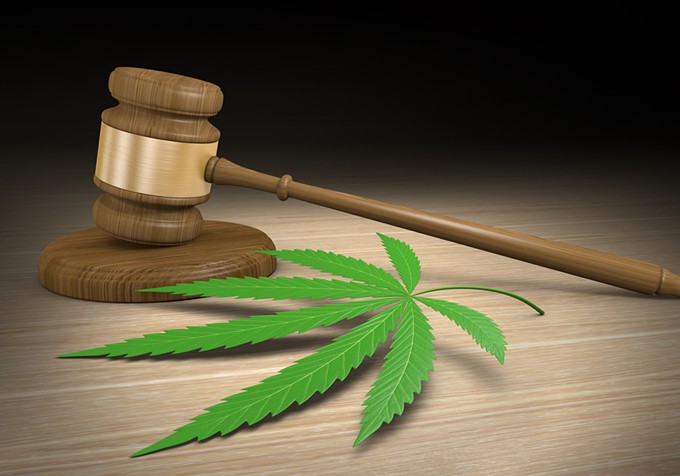 With last week's deadline for legislation to clear its chamber of origin, several bills that would have created new regulations for Arizona's medical marijuana program have gone up in smoke, though a few remain alive.

In addition to two bills that died in the mire of House floor votes, another bill met the same fate while another awaits a vote in state senate.

HB2066, the bill allowing the Department of Health Services to start spending their $40 million medical-marijuana-program surplus on youth "education" about marijuana, and HB2068, the bill restricting use among patients convicted of drug charges, DUIs or juvenile crimes, both failed the first vote on the House floor.

The focus turned to two more bills sponsored by Vince Leach (R-Saddlebrooke): HB2064, which aims to soothe Republican concerns over minors' inexplicable attraction to goofy marijuana packaging, and HB2067, intended to limit the number of marijuana patients by creating punishments for doctors who knowingly sign off on people who don't need the medication.

HB2064 would have made it illegal for dispensaries to sell products with designs of cartoons, minors or words and symbols typically used in marketing toward minors. The apparent intention here was to discourage the 12-year-olds wandering into dispensaries from buying anything.

HB2067, since it's not an actual amendment to the AMMA, passed the House floor vote on Feb. 21 and now goes to the Senate. With wide support in the House, it's likely that marijuana-prescribing doctors will soon face felony charges for not following state regulations.

Currently, doctors must conduct a full medical examination or review a year's worth of medical records in order to recommend marijuana treatment to patients. Though failure to adhere to these rules results in discipline by the state medical board, the state legislature wants to raise the stakes with up to a year in jail and loss of licenses.

Leading the charge is none other than Yavapai County Attorney Sheila Polk, who has taken up arms against medical and recreational marijuana since voters decided to create the medical marijuana program back in 2010.

"What I see from my perspective as a county attorney is a culture of young folks who get their green card and then they're going out and they're smoking pot, and they're not sick," she said. "For me it's a problem for the state because this becomes kids who are not going anywhere."

Once again Polk reveals her misunderstanding of a plant she has probably never used. A quick swing by the UA Honors dorms will show you where adults using marijuana are headed. As one Honors student put it, "full ride scholarships, double stem majors, the whole deal."

It's hard to argue marijuana ruins lives when users are capable of some of the university's highest academic achievements.

The "kids" she's referring to are specifically men ages 18-30, who she claims make up 85 percent of chronic pain patients.

Arizona currently has 133,867 patients who use marijuana for chronic pain. There are 95,849 men in the medical marijuana program. If every single one of them got their card for chronic pain, they could only amount to 71.6 percent of the total.

The idea that people seek medical marijuana for recreational purposes isn't an indication of a broken program but of a state that thinks it know better than the people it governs. The line between government and oppression is as fine as keif in a grinder.