"What do Americans think of Iran?" a local tourism official from the ancient desert city of Yazd asked me in 1998 when I returned to his country after a 25-year absence.

I replied that most Americans, if they knew anything at all about the 20-year-old Islamic Republic, probably considered it unsafe. With a snort of displeasure, he expressed his disagreement.

That was a reasonable response since it was our C.I.A. that thwarted a 1953 popular uprising to replace the shah. It was U.S. support for Saddam Hussein in the eight-year Iran-Iraq war that resulted in an enormous loss of Iranian life. It was the U.S. Navy that shot down an Iranian commercial aircraft in 1988, killing 290 civilians, including 66 children.

Americans, however, tend not to remember those things. Instead, some might recall the fierce-looking Ayatollah Khomeini calling the U.S. "The Great Satan" and placing a bounty on the head of author Salman Rushdie. A few might know that Iran backed various Middle East terrorist groups during the 1980s. But when reminded, most American Baby Boomers would probably remember that it was 20 years ago last Saturday that 52 American hostages were released after spending 444 days in Iranian captivity.

That, I concluded in Yazd, was the unfortunate image most Americans still have of Iran and Iranians. But things have changed over the past two decades, and today Persian people and culture have spread around the globe, including to right here in Tucson. 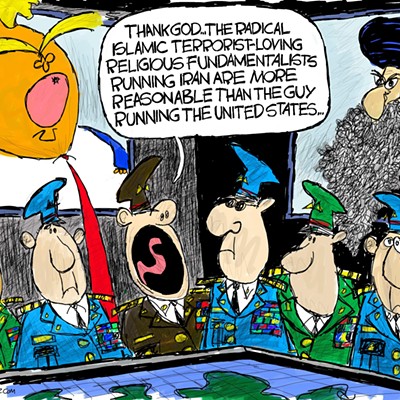