Did the Republican wins in the midterm election save the A-10?

As pundits, analysts and the

blogosophere attempt to predict all the ways in which the midterm elections have changed the political landscape in Washington, it doesn't take a political scientist to realize that the A-10 Warthog's future now looks much brighter than it did on Nov. 3.

The Senate Armed Services Committee will have a new chairman, which is nearly certain to be John McCain. The senior Senator from Arizona is a huge supporter of the A-10, not just for its extraordinary close air support capabilities, but because the largest A-10 base in the world is Davis Monthan AFB here in Tucson.

Just two days after the election, McCain came out swinging in defense of the 'Hog, stating the painfully obvious truth: The Warthog is the best close-air support aircraft ever made. In addition, he stated that there is 'no doubt' Congress will prevent its retirement and brought up the recent and very tragic friendly fire close air support incident involving a high-flying B-1B bomber, an aircraft never intended to execute such a mission. He also proclaimed that there is no true replacement for the A-10, a fact that is glaringly obvious to 12- year-old boy scouts, yet alone the USAF's top brass.

This comes as the Air Force continues its own political maneuvering as it attempts to stymie the increasing pressure not to retire the Warthog. The USAF is now making the case that if the A-10 isn't put out to pasture there won't be enough maintainers to transfer to the F-35A community in coming years. As a result, the troubled multi-role stealth jet would miss its already highly questionable, fairly irrelevant and politically sensitive initial operational capability (IOC) date. Currently IOC remains a couple years from now for the USAF's F-35A model and less than a year away for the Marines' F-35B model.

According to the USAF, about 1,100 F-35A maintenance personnel are required in order for IOC to take place, and they claimed that it would take 12 months longer to train brand new support crews if the A-10 fleet does not transfer a portion of its brain-trust to the F-35 program.

As for the F-35A's IOC itself, it is all really just semantics as the term, and its date, means little for the F-35 when it comes to close air support capabilities, or any highly complex combat capabilities for that matter. It won't be until, at best, very late this decade, or more likely the first half of the next decade, that the F-35 will really be fully operational, with the majority of its sub-systems, software and weapons in place and certified to take on a range of roles, include highly dynamic close air support. That is if the USAF ever even risks the $100M+ jet full of sensitive technologies on danger close low-level strafing and rocket runs as the A-10 is so accustomed to.

The USAF's push to retire the A-10 is an exercise that has become nearly predictable, occurring about every decade or so since the tank-busting jet entered service some 35 years ago. The A-10 was never really wanted by the USAF in the first place as it was seen as slow, ugly and too laser focused on an 'un-sexy' mission. Meanwhile, other faster and sleeker aircraft that were arguably even more mission specific and historically less relevant, like the high-performance "not a pound for air-to-ground" F-15A/B/C/D fleet, continued to receive robust funding and support. Over the years the USAF has even tried strapping 30mm cannons to green painted F-16s and many other futile measures in its attempts to finally strike the A-10 fleet off its inventory. Yet history always intervened, and the A-10 proved itself time and time again as literally indispensable and brutally effective over the battlefield.

Today, in its latest A-10C configuration, the Warthog is wildly more effective than ever, with the same targeting pods, communications and glass cockpits featured on its higher performance F-16 and F-15E brethren. It is also the cheapest tactical attack aircraft to operate in the USAF's entire inventory. Yet this most recent attempt by the USAF to kill America's "flying gun" comes at a time when we find ourselves in yet another deepening counter-insurgency and counter-terror conflict in the Middle East. This was not the case over a year ago when the supposedly "antiquated" Warthog was being lambasted by the Pentagon's leadership for having little to no role in potential future conflicts, such as engagements against near peer state competitors that field the latest and greatest integrated air defense systems (i.e., China).

The fiscal case for permanently retiring the entire Warthog fleet, numbering hundreds of aircraft, is absurd as it would only save $4.2 billion spread over five years. This is well less than 1 percent of the USAF's baseline budget each year. Seeing as the DoD itself says the war against ISIS will last many years, it is almost childish, if not totally reckless, that the USAF would be willing to sacrifice such a well suited and cost effective weapon for the war we are in now so that it can buy only a few dozen much more questionable weapon systems for a potential near apocalyptic "paper war" in the future.

Possibly the strongest voice in Congress for protecting the A-10, even more so than Sen. McCain, is Sen. Kelly Ayotte of New Hampshire. Ayotte lashed back at the USAF's quasi-total war against the proven and efficient close air support jet and called foul regarding their claims of F-35 delays.

"Suggesting that we must prematurely retire the A-10 to fulfill long-anticipated maintenance requirements for the F-35A is a false choice. There are a variety of steps the Air Force can take to maintain the combat-proven and cost-efficient A-10, while also providing sufficient maintenance personnel for the F-35A, [which] is not estimated to reach initial operating capability until 2016," Ayotte said.

"Rather than threatening to unnecessarily undermine the maintenance of the F-35A—which the Air Force has said is one of its top three acquisition priorities—I hope the Air Force will listen to our ground troops and end its dangerous and misguided effort to deprive our troops of the A-10, which is the aircraft that is most likely to help them survive a firefight with the enemy," she added.

Senator Ayotte, whose husband was an A-10 pilot, plans on continuing to fight the USAF's strange logic, conflicting arguments and grab-bag of excuses to retire the A-10 with her own media blitz. Earlier this month, the Senator, along with other key lawmakers, held a high-profile press conference with the president of the Tactical Air Control Party Association, along with other decorated veteran Joint Terminal Air Controllers (JTACs), to tell America their first-hand accounts of the straight winged ground attack jet's indispensable performance in combat. The A-10, and its highly trained and CAS focused pilots corps, saved many of these soldiers and their comrades' lives in combat, and as experts in the application of aerial close air support, in some cases they can attest that no other aircraft in the world could have done so.

Ayotte has now gone as far as requesting closed door meetings between top Pentagon decision makers and JTACs in order for the DoD leadership to get unfiltered information on just what they trying so hard to throw away:

"It would be fascinating to see the leaders of our Department of Defense, our secretary of the Air Force ... get into a room [with the JTACs], without the fear of retribution ... and see what the opinion would be there," Ayotte said. "I am going to ask for them to do that."

On Nov. 13, four key Republican lawmakers signed a letter stating that they would fight the USAF's haphazard push to retire the Warthog and that the USAF's rationale that the F-35A program will suffer due to a lack of maintainers if the A-10 is not axed is totally bogus. Sens. Ayotte, McCain, Chambliss and Graham's signature was at the bottom of the page, thus throwing down the gauntlet for the USAF when it comes to gutting the A-10 program once and for all.

The strange thing is that the A-10's retirement is fairly low on the scale of partisan issues currently under debate in Washington. In fact, you can find lawmakers on both sides of the aisle who support the jet's existence. Instead, the A-10 issue orbits around the budget devouring black hole that has become the F-35 Joint Strike Fighter program and the heavy special interests that support it, the ongoing reckless partisan infighting in Washington, as well as some low-information lawmakers' apparent stance on taking the military brass's recommendations blindly.

The truth of the matter is that the A-10's existence actually has little to do with the F-35 Joint Strike Fighter program at all. It is the USAF alone that has made it a sacrificial red herring vis-a-vis the F-35 program, and have oddly tied the two disparate weapon systems together. The F-35 and A-10 do not really share the same mission set and the fact that one is being sacrificed for another is just another sign of how deep of a hole the Pentagon has dug itself into when it comes to the F-35 boondoggle and just how far our force structure strategy has devolved from a tried and true, economically sustainable high-low capability mix.

The F-35 budgetary issue is insanely complex, as after years of delays and cost overruns it is rapidly gobbling up all the USAF's budget it can to stay alive. The idea is that the DoD has to buy a ton of these stealthy jets fairly quickly to keep the program from supposedly entering a procurement death spiral. (How convenient for the F-35's manufacturer and its many suppliers!) Yet the mismanagement of the F-35 program only has anything to do with the A-10 because the USAF chooses to package it that way. So, just as in past USAF attempts to gut the Warthog, the service's favorite sacrificial "tough budgetary choice" is to save a few pennies by eliminating the most effective tactical aircraft of the past decade and a half and the most relevant one for the new war we have suddenly found ourselves in today.

With geopolitical events being what they are, the Republicans gaining control of both the Senate and the House, and having already been granted a one-year extension on its life earlier this year by Congress, there is a very good chance that the Warthog will be once again be saved from infanticide, Air Force style.

If indeed the Warthog's bacon is saved once again, our ground forces will be better off for it, while our enemies are worse off because of it.

Tyler Rogoway blogs about military technology and strategy at foxtrotalpha.jalopnik.com.

Save the Pets AZ Hosts Fundraiser Flight Above Tucson 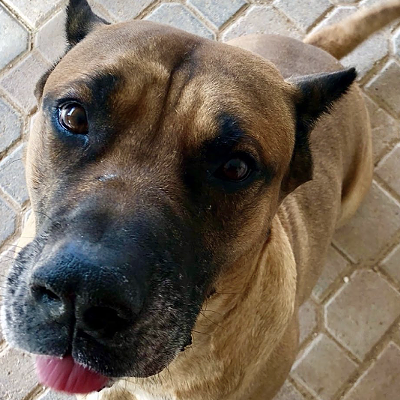