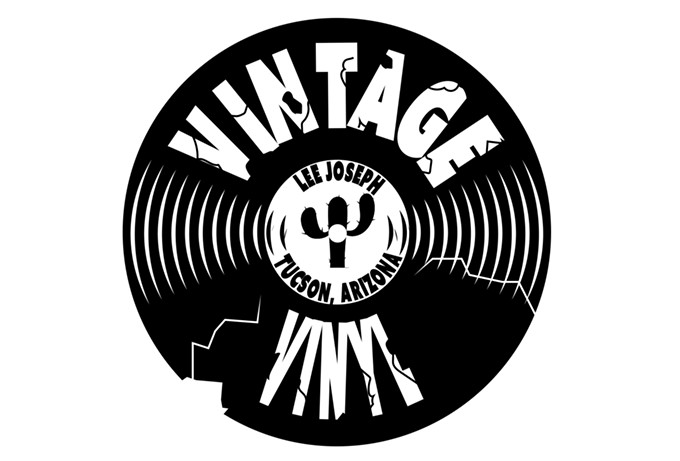 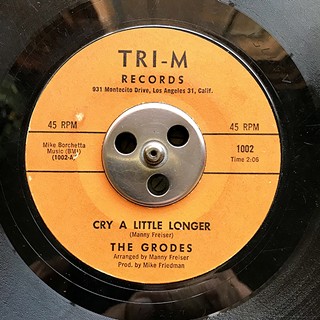 To quote the G100 (a list of the the "100 most legendary U.S. garage 45s"): According to the combined opinion of many of the world's "top" '60s garage collectors, Tucson's The Grodes "Cry a Little Longer"/"She's Got What It Takes" is "one of the most memorable tunes in the entire garage pantheon...a monster pop masterpiece with power and finesse." The record stands proudly at No. 46 on this list. The B side is a funky white R&B-style pounder. Both sides of this killer styrene slab were written by Manny Freiser and recorded at DJ Emperor Hudson's studio in late '65. Hudson engineered, Mike Friedman produced, Freiser was credited with arrangements. The delta number scribed in the dead wax, 59754, identifies the record as being pressed at Monarch Records, Los Angeles, in November of 1965. I can't imagine many of these were pressed as this, along with the releases on Capt. Zoomar, are among the hardest to find Tucson records from the1960s. Besides Manny's copy, mine is the only one I've ever seen and it is vg—at best. I'm hoping to find an upgrade one of these days!