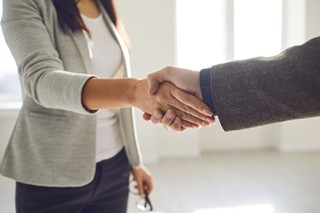 The $2.1 billion acquisition of Harvest Health & Recreation by Florida cannabis behemoth Trulieve Cannabis Corp. has finally been consummated, creating the largest marijuana company in the U.S., with a combined 149 dispensaries and operations in 11 states.

Harvest has 39 operating shops in five states, including one in Tucson at 2734 E. Grant Road, and was the first operator to sell adult-use marijuana in the state after the Arizona Department of Health Services gave the green light to legal sales in Arizona on Jan. 22.

“We are excited to move forward as part of Trulieve,” Harvest co-founder and CEO Steve White wrote in a recent email to the Weedly. “The combined organization has the resources and talent to continue expanding access to cannabis and deliver outstanding customer experiences.”

The deal was initially announced on May 10 and completed on Oct. 1, several weeks after the Harvest board voted to move forward, after a roller coaster of public relations headaches that never really threatened the deal, but were troubling enough for Trulieve to mention in a January filing with the Security Exchange Commission.

Trulieve’s problems started in 2015, when the U.S. Grand Jury for the North District of Florida began an investigation into T.J. Burnette, husband of the company’s President and CEO Kim Rivers, in connection with alleged corruption by “local officials” in Tallahassee, Florida.

In 2017, Rivers was subpoenaed about Burnette’s activities, related to her involvement with Tallahassee’s Community Redevelopment Agency and “political contributions [she] made through an associated business.”

Rivers was not the target of the investigation nor charged with any crimes, according to the SEC filing, but in August 2021, Burnette was convicted of five of nine federal corruption-related charges in a highly publicized Florida trial, according to a report in the Tallahassee Democrat.

In addition to the Florida problems, Harvest was at the receiving end of a handful of investor lawsuits, but they were all dismissed prior to the board vote to move forward with the deal.

“Anytime there’s a significant public transaction, there are certain plaintiffs’ law firms that, almost as a matter of course, file lawsuits,” White said in a Sept. 23 interview with Weedly. “It’s a fairly common, very routine thing that happens ... almost kind of a tax that you pay, because of our open legal system, so [it’s] not a big deal.”

The acquisition positions Trulieve to become a nationwide force to be reckoned with, if and when federal legalization happens. According to the press release announcing the deal, Trulieve and Harvest have “cash equivalents” of $289 million and $71 million, respectively, as well as Trulieve’s recent $350 million in debt financing and Harvest’s $55 million received from the sale of its Florida license that was a condition of the deal.

Cannabis has also given Tempe native White a lot of political clout, both in Arizona and Florida. In the runup to last year’s election that legalized adult-use marijuana, he donated $1.8 million to help Prop 207 pass.

“I will be staying on at Trulieve as part of the executive team working to continue building out the organization,” he said.