You Should Watch It

One-Hour Season Premiere: Even if you're a knowledgeable Venture Bros. fan, you should check the series' corner of AdultSwim.com. A major component of The Venture Bros.' awesomeness lies in the show's deep backstory and character inter-connectedness; Adult Swim's helpful Official Relationship Action Map (you can trust anything that has both "Official" and "Action" in the title) illustrates the intricate Team Venture web quite effectively, as does a new video that recaps the show's previous four seasons in eight minutes (almost as effective as a Netflix binge—almost). Season 5 commences nearly three years(!) after the last VB episode—not counting a couple of holiday specials—when Hank and Dean's $500 prom went awry and the Doc learned of a sex act named after him, the "Rusty Venture" (not a compliment). Join Team Venture, now.

You Should DVR It

Two-Hour Season Premiere: Yes, it was cancelled, but then AMC un-cancelled it—and they're very emphatic about this: "The new season ... will focus on a new case, which will be resolved over the course of 10 episodes, ending with a gripping two-hour finale." Ya hear that? Resolved! Gripping! Quit whining! The Killing's unexpected third season finds now-ex-detective Enos (Sarah Linden) being pulled back in by former partner Kinnaman (Stephen Holder) help on the case of a ... runaway girl? Who's somehow connected to a series of gruesome murders? Ruh-ro.

Series Debut: Sadly, it's not what you or a, briefly, very excited Only TV Column That Matters™ thought it was—this isn't TLC, after all. In Top Hooker, 10 of the world's top fishing anglers face off in "wildly out-of-the-box fishing challenges that will put their brains, brawn and skills to the ultimate test." So it's Wipeout with fishing poles, hosted by a Blue Collar Comedy Tour reject (Reno Collier). Prizes include $30,000, a new truck and, yes, the title of America's Top Hooker. Hey, I was looking forward to writing something more thrilling just as much as you were to read it—I haven't been this disappointed since learning that Oxygen's Bad Girls Club All-Star Battle doesn't involve chainsaws.

You Should Read A Book

Series Debut: This is the second attempt to adapt short-lived British series Mistresses for 'Merican television—if Lifetime, the cable network that brings us "female-empowerment" show The Client List, wherein Jennifer Love Hewitt gives handies to male models because she's a good mom, couldn't do it, ABC sure as hell can't. Anyway: Alyssa Milano stars as a successful lawyer thinking about cheating on her husband; Jes Macallan is her "free-spirited" real-estate agent sister who sleeps around; Rochelle Aytes is their mutual Friend of Color who recently lost her husband—or did she?; Yunjin Kim is their mutual Friend of Another Color, a therapist prone to affairs with her patients. They get together, strike H&M catalogue poses and vent about how "complicated" their lives are, as well as "you can't help who you love." Yeah ... all apologies, J-Love.

Season Premiere: What's new this season? Two new judges, Heidi Klum and Spice Girl Mel B, join Howard Stern and Howie Mandel! What's the same? There's still not enough actual talent on America's Got Talent to pad a three-minute YouTube clip, but it's still going to run three hours a week! Into September! NBC it! You know, since they cancelled everything else.

When a fallen boxer-turn-street-fighter (Glen Gould) is hired to kidnap an on-the-run junkie (Amanda Crew) from a biker crack house, all hell breaks loose in the mean streets of ... Halifax? Nova Scotia has gotten rough, yo. (Anchor Bay)

A Good Day to Die Hard

John and Junior McClane (Bruce Willis and Jai Courtney) bicker/bond, crack wise and shoot the shit out of Russia in the worst Die Hard entry since those sequels where Bruce still had hair. Buy hey, check out that car chase! (Fox)

In the unofficial sequel to Walk the Line absolutely no one asked for, Jewel(!) stars as June Carter Cash in the story of one woman's fairly uneventful role in the early days of country music. Oh, and she wrote that song for Johnny Cash. (A&E)

After eating her boyfriend's brain, a teen zombie (Nicholas Hoult) falls in love with a live girl (Teresa Palmer) in the apocalyptic love story that proves the zombie comedy is not—wait for it—dead. See what I did there? (Summit) 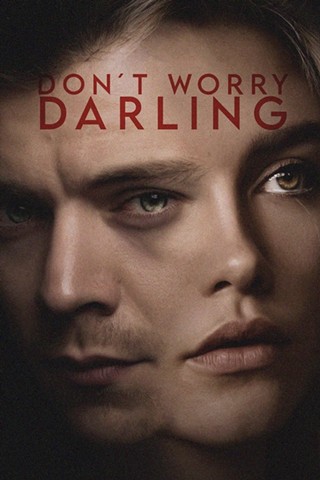