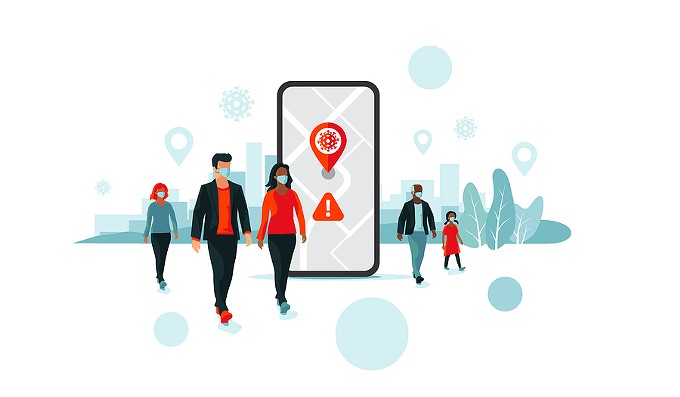 If you're wondering when we can all get back to normal, we have some bad news for you: Nobody really knows for sure.

That's because the United States, in its modern history, has never faced a highly infectious disease such as the COVID-19, the novel coronavirus that is now spreading through our community.

But there are some guesses as to how this is going to go. Dr. Cara Christ, Arizona Department of Health Services director, said in a press briefing that Arizona's COVID-19 outbreak could peak in April, with the greatest pressure on hospitals in May. But given the lack of data thanks to limited testing, it's impossible to say how many Arizonans are already infected with the virus.

"The last several weeks of April will be a critical time for us in understanding whether we've gotten a handle on this disease or not," said Joe Gerald, health services researcher and associate professor at the University of Arizona's College of Public Health. "If April 13 to 28 come to pass and our hospitals still have capacity, then maybe our social distancing efforts will have been successful."

Gerald has spent the past few weeks projecting a timeline of the virus, which includes anticipated case growth and that May peak. However, he has since substituted his graphs for the research of COVID Act Now, a multi-state, multi-university group of professionals working to understand the virus.

COVID Act Now researchers project that a shelter-in-place rule must be implemented for Arizona by May 4 to May 9 to prevent "hospital overload." Hospital overload is when there are more hospitalizations as a result of COVID-19 than there are available hospital beds.

However, social distancing would still greatly reduce the number of peak hospitalizations: 63,000 by June 7, as opposed to no action, which would result in 148,000 hospitalizations by May 10.

Due to our nation's low testing, public health researchers estimate that for every one confirmed COVID-19 case in the U.S., there are as many as five to 10 untested cases. These numbers are reflected in case percentages; roughly 10 percent of U.S. coronavirus tests are positive for infection, versus 1 to 2 percent of tests in China and South Korea. This indicates those countries are testing a much wider section of the population.

"Because our testing supplies are so limited, we're only testing the most obvious cases," Gerald said. "Modelers are basically having to guess based on the number of reported cases which is some multiple of the true cases, and then work the assumptions out from there."

One of the core problems for COVID-19 testing in the U.S. is the relationship between government agencies and public/academic health labs. In early February, the World Health Organization had distributed more than 1 million COVID-19 tests to multiple nations. At that same time, the CDC was shipping 160,000 tests across the nation. However, the majority of these CDC tests were rendered unusable due to a design flaw.

Public health labs may have been able to make up for this flaw by distributing their own tests, but were not allowed to use them until February 29, when the FDA relaxed its testing rules. Since the FDA approved companies to test for COVID-19—one of the first of which was Roche—public health lab tests have far exceeded the number of CDC tests.

"As we expand testing, a positive test no longer means the same thing; four weeks ago, it meant you were really, really sick and that's why you got tested. But today, we're mixing it from people who are really sick with people who aren't so sick, and the outcomes change," Gerald said. "We're in this window of probably the next four weeks where it will be very difficult to translate the case numbers that are being reported to us into an understanding of if we're doing good and if our social distancing measures are working."

Gerald says there are two most-likely timelines for the virus' spread. In one timeline, we're in the first wave of this disease and we will get a reprieve during the summer months as we normally do with flu season. The virus may then resurge, possibly around October, as temperatures begin to dip.

In a second possible timeline, our social distancing is not effective, and a large section of the population gets the disease over the next three or four months. There is then no second wave of the virus come October because it's already reached a natural maximum amount of cases throughout the population.

"These outcomes still remain under our control. The decisions we make today are going to inform what happens this April and May," Gerald said. "If we do nothing or do ineffective things, then April and May are going to be really, really terrible months for us, as well as other states in the country. But if we aggressively intervene and slow interactions, then we can make the worst of this not nearly as bad."

An important note about social distancing: Because of the incubation period of the virus, deaths and case numbers lag for roughly two weeks. So even if the government implements strict shelter-in-place policies across the entire nation today, the number of cases will continue to increase for an estimated two weeks before we see the true benefit of the interventions.

"We're all impatient because these measures are disrupting our lives. Real people are losing jobs, real people are worried about losing their jobs, and so it's hard to stay at home when you don't have an income and not be able to see that your sacrifices are resulting in an impact," Gerald said. "Our window of acting is quickly shrinking. It's up to us. We can change it, but we'll have to make some difficult and hard decisions, and we'll have to stick with it for a while."

A study by the Imperial College of London's COVID-19 Response Team examined the impact of "non-pharmaceutical interventions" (such as social distancing) to reduce COVID19 mortality. The team's modeling found that optimal mitigation policies (quarantine and social distancing) might reduce peak healthcare demand by two thirds and deaths by half.

"These projections are not set in stone. They largely depend on how effectively and aggressively we respond to this outbreak," Gerald said. "These outcomes are not preordained."