Turns out there’s still plenty of room to play when it comes to Woody and Co. 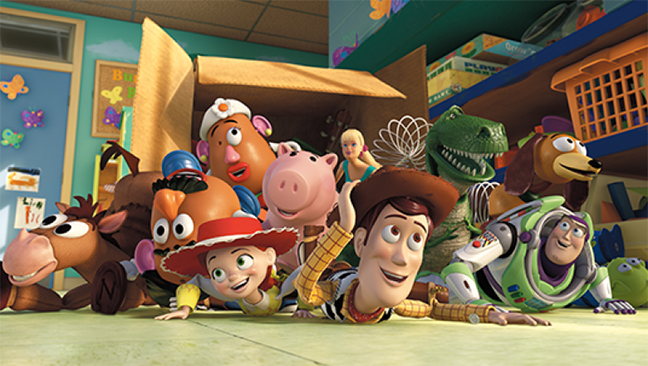 Courtesy Photo
Some toys were built to last.

No one would blame you for thinking Toy Story 3 was a definitive end to the story of Woody the Cowboy (Tom Hanks), Buzz Lightyear the Space Ranger (Tim Allen) and company. That movie was, in a word, perfect in the way it tied up the story of Andy and his lifelong toy companions.

Pixar and director Josh Cooley (making his directorial debut with their most precious franchise) have chosen to mess with perfection and extend the story of Woody and friends. The results are less than perfect, but still very worthy of Toy Story lore, and a welcomed breath of fresh air in a summer movie season that has been laying a series of big franchise stink bombs (Godzilla: King of the Monsters, Men in Black: International, Dark Phoenix).

After a recap in which Andy does indeed appear, the action goes to the home of Bonnie, the little girl Andy handed his toys over to at the end of Toy Story 3. Bonnie is gearing up for kindergarten and is a little freaked out, so Woody jumps into her backpack as moral support.

Woody witnesses Bonnie creating what will be a fantastic new character for the franchise in Forky (Tony Hale), crafted out of a plastic spork, pipe cleaners and Play-Doh. Woody immediately sees the importance of this new toy friend, and has himself a new mission: make sure Forky accepts his new role as a toy instead of trash, and help Bonnie adjust to the rigors of kindergarten.

Bonnie's day at kindergarten was only an orientation, so her parents decide to take her on that ever familiar movie trope, the road trip. A road trip in the family RV, no less. Thankfully, the road trip trope is more of a MacGuffin, because the family gets diverted, with the toys winding up getting themselves into trouble at an antique shop inhabited by the dreaded old toy overlord, Gabby Gabby the deceptively adorable talking doll (Christina Hendricks).

Gabby, of course, seems friendly at first (just like Ned Beatty's purple bear in Toy Story 3), but she has evil intentions regarding a part of Woody's anatomy, and she has an army of ventriloquist dummies to carry out her plans. Toy Story 4 ends up being as scary as it is funny when the action involves the dummy army. Damn, they are creepy.

Along with Forky and Gabby Gabby, newcomers include Ducky and Bunny (Keegan-Michael Key and Jordan Peele) and, most spectacularly, stunt motorcycle rider Duke Caboom, voiced by cinematic darling Keanu Reeves. Caboom, obviously modeled after Evel Knievel, is having his own existential crisis, a low self-esteem due to his prior child owner not being impressed with his jumping abilities.

Woody's sweetheart, Bo Peep (Annie Potts) gets a prominent role in the new adventure. Sadly, the budding romance between Jessie (Joan Cusack) and Buzz that we saw in Toy Story 3 is not further explored. In fact, Jessie and Buzz are relegated to mostly background duty.

It's not surprising that Toy Story 4 is the most visually impressive of the lot. The folks at Pixar have had nearly a decade to hone their skills since the last chapter, so the likes of Woody, Buzz and Jessie take on a new, refined beauty in any shade of light.

The ending of Toy Story 4 will, once again, have fans and critics alike proclaiming that this must be the end for the franchise. It certainly feels like a closing chapter, but we all said that about the last movie. The premise is still ripe for spinoffs (Duke Caboom movie!), prequels, whatever. Heck, maybe Disney will do a live action remake of the original. Seems to be the trend. ■