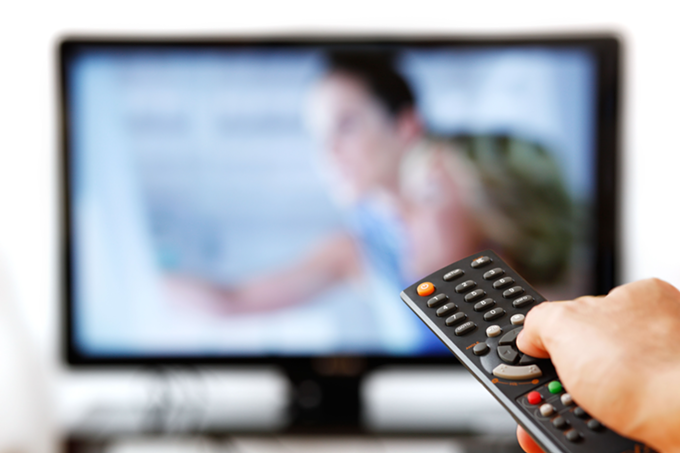 I was going to write about the monumental, enormously spectacular televised debate between Sen. Mark Kelly and his really kinda’ sad opponent, the MAGA mutant who used to be Blake Masters.

I was even going to try to attend the viewing party up in Oro Valley. As I have mentioned in the past, I could easily pass physically for a MAGA moron — terminally white, somewhat schlubby, blank stare, mouth breather. Three broken noses, or actually the same nose broken three times, so I do breathe through my mouth.

However, they’d probably catch on to me pretty quickly. I have this dead-giveaway habit of speaking in complete sentences.

It’s too bad. I would have enjoyed hearing the adoring Oohs and Yups from the crowd as Blake tried to talk his way out of all the dumb-ass things he has said over the years. Something like, “When I said ‘Cut the cord,’ I didn’t really mean that we should privatize Social Security. I meant that Peter Thiel should stop throwing tens of millions of dollars in my direction in an effort to buy me a Senate seat.”

(Actually, Thiel did that very thing and now, with Blake drowning, the national Republican group that helps fund campaigns has thrown him an anchor.)

One of the articles was a list of the Top 50 TV series of all time. All such lists are utter nonsense, subjective fodder for the starting of discussions or, more likely, arguments. I couldn’t wait.

First, I love TV. I always have. You know how they say that a person’s IQ is inverse proportion to the amount of television that they watch? Well, if that’s true, then I’m whatever is below an imbecile. I was blessed to grow up in Los Angeles, where they had the three network channels and three local channels, including one that showed UCLA basketball games on tape delay and another one that would show the same crappy movie for five straight weeknights and then twice on Saturday. I watched the original “Invaders from Mars” so many times, I started checking people’s necks for electronic implants.

I couldn’t wait to see the entire list, reveling in which ones they had correctly included and cursing their entire families for the ones they had left out.

At No. 1 is “The Sopranos.” I’m terribly embarrassed to admit that I have never seen even one episode of that. When it was first on, we didn’t have HBO and my wife wondered why I would want to spend money to watch one TV show. She said, “I don’t get it. They’re Italian, you’re Italian. Big deal. Why don’t you just watch ‘The Godfather’ on VHS?”

It could have been worse. She could have told me to watch “The Godfather” on Betamax.

The show was created and mostly written by David Chase, who wrote some of the best episodes of the 1970s detective dramedy “The Rockford Files,” which was in TV Guide’s list of the Top 50 of all time, but is quite ludicrously missing here. Chase’s best line in the show was uttered by guest star Isaac Hayes, playing Gandolph Fitch, a former prison cellmate of Rockford (James Garner). When Fitch sees that the sometimes detective is working a probate case to earn a few bucks, Hayes, in his deepest mournful bass, said, “Poor Rockford. He’s workin’ for the County!”

The list includes two of my three favorite drama series of all time. “Breaking Bad” comes in at No. 3 and “Friday Night Lights” is No. 28. But somehow, quite criminally, they left out “Justified.” Created and sometimes written by the late, great Elmore Leonard (“Get Shorty”), “Justified” is absolutely amazing.

Leonard wrote my favorite movie line of all time. In “Out of Sight,” a sexy crime caper in the mold of “To Catch a Thief,” characters played by George Clooney and Don Cheadle are pointing guns at each other. They had served time in prison together and pretty much hated each other. When Clooney’s hand starts shaking a bit, Cheadle coolly says, “You know, in a situation like this, there’s a high potentiality for the common mother (expletive) to bitch out.”

There are six comedies in the Top 10. They include “The Simpsons,” “Cheers,” “Seinfeld,” “Atlanta” (a bold comedy in which an entire season was without any discernible humor), “The Mary Tyler Moore Show,” and the surprise “Fleabag.” I probably wouldn’t have “Fleabag” in my Top 50, but that one season where she did a doomed pas de deux with a priest (Andrew Scott, who brilliantly played Moriarty in “Sherlock”) was really good.

Other comedies on the list include the delightfully upbeat “Parks and Recreation,” the tricky existential thought piece “The Good Place,” and Tina Fey’s tour de force, “30 Rock.”

There’s one scene where Fey’s character, Liz Lemon, is alone in her apartment, lying on the couch in her Snuggie, munching on something. She pauses and coos, “Mmm, night cheese.”