The Year in Weed

MMJ patients get a break, cannabis companies can start banking and CBD is everywhere 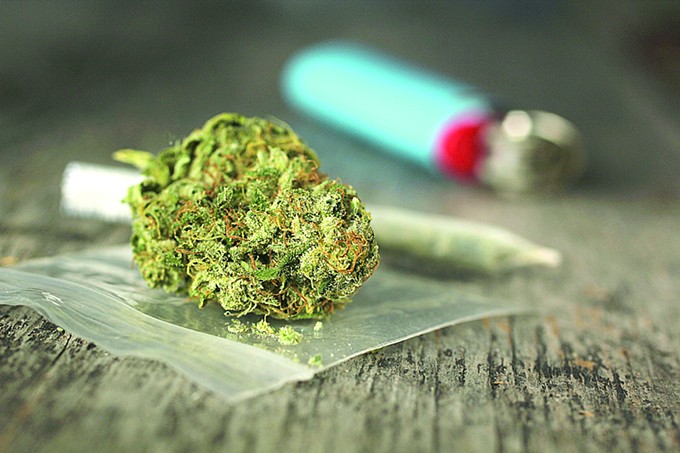 As 2019 goes up in smoke, medical marijuana, CBD and industrial hemp have been blazing in the news. It was a struggle to remember the top five national and state cannabis news stories, but we managed to do it.

34 Deaths Linked to THC and Nicotine Vaping. The Center for Disease Control confirmed 34 deaths and 1,604 reported cases of E-Cigarette, or Vaping, Product Use Associated Lung Injury (EVALI), with 79 percent of cases under the age of 35, according to a report released in October.

While the CDC is unable to pin down a specific compound or ingredient that is causing people to become sick, they note most suffering from the illness used some form of THC vaporizer cartridge. In addition, the majority of samples tested by the CDC were counterfeits sold on the black market and contained vitamin E acetate. The CDC recommends steering clear of THC and nicotine vape products as their investigation continues.

MORE Act Introduced to House of Representatives. In a 24-10 vote, the House Judiciary Committee passed the Marijuana Opportunity, Reinvestment and Expungement (MORE) Act, which would legalize marijuana on a federal level. The MORE act would also resentence those who have been imprisoned for marijuana-related offenses and expunge criminal records of anyone with past convictions. At the moment, the act is set for a floor vote in 2020.

House Approves Bill Allowing Cannabis Companies and Banks to Work Together. Commercial cannabis companies and banks are one step closer to legally being able to work together. The U.S. House of Representatives voted 321-103 to approve the Secure and Fair Enforcement (SAFE) Banking Act allowing banking institutions to provide services to companies across the cannabis industry in states where the drug is legal.

While the fate of the bill is now in the hands of the senate, Senate Banking Committee Chairman Mike Crapo (R-Idaho) said he is uncomfortable advancing the bill without more health and financial safeguards in place.

USDA Establishes Domestic Hemp Production Program. The United States Department of Agriculture established the U.S. Domestic Hemp Production Program, as a part of 2018 Farm Bill, to introduce federal rules and regulations for farmers who plan on growing industrial hemp.  Hemp farmers across the country are eligible for USDA programs, including Whole-Farm Revenue Protection, which provides insurance coverage for crops.

SB1494 Passes; Arizona Issues Electronic MMJ Cards and Sets Product Testing Standards. Arizona state legislators passed SB 1494, allowing the state's Department of Health Services to issue electronic medical marijuana cards through email instead of the previous plastic ID style through the post office. The new cards will also be good for two years, instead of one, at no additional cost. In addition, the bill also sets standards for testing medical marijuana flower, concentrates and edibles. The cost for a state issued MMJ card is $150. Currently, more than 210,000 Arizonans are registered to use medical marijuana.