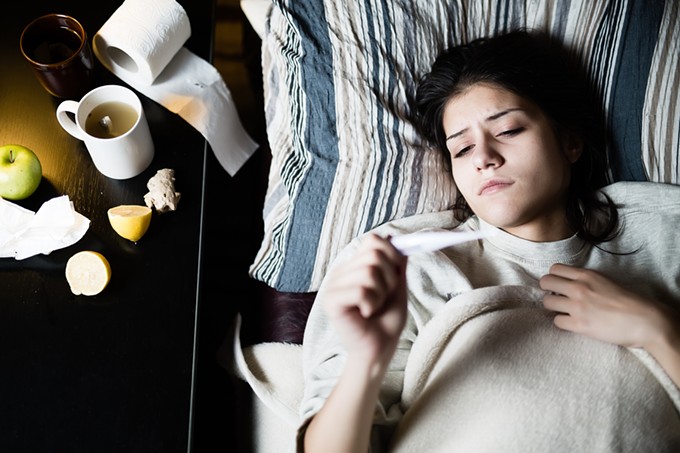 BigStock
Can’t this person sacrifice health care so fat cats can get a tax break?

The plan to jam a healthcare bill through the Senate in a week appears to have hit a roadblock, at least as of press time. It appears at least a few Republicans have some concerns about screwing 22 million Americans (many of them scraping by at the poverty level) out of the ability to have health insurance. In all likelihood, the GOP lawmakers will cave and get this "fucking thing" done, the words of Southern Arizona Congresswoman Martha McSally.

If you recall, the big complaints from Republican lawmakers about Obamacare have focused on affordability—namely, that insurance policies on the individual marketplace have been too expensive or have left people with deductibles that are too high.

But the legislation that Republicans now want to push through—without even allowing normal committee hearings to hash out the details because the impact is so dreadful that they don't want to weather the headlines—instead rolls back the Medicaid expansion that has allowed millions of Americans to have health insurance at all. And guess what? When you're at the poverty level, you're not going to have money left over to pay for health insurance, so government help is about the only way to insure the most desperate in our country.

The details of the GOP legislation are so grim that lawmakers have basically resorted to lying about what they're doing.

McSally, for example, hasn't been too chatty about the legislation—her office has ignored our questions about her reaction to the Congressional Budget Office score, for example—but in a talk to an Arizona Banking Association luncheon that was surreptitiously taped by a member of Indivisible Southern Arizona, she pretended that she was standing up for people on Medicaid against the hard-hearted conservatives in her own party.

"We're at the point now where I don't care what you think philosophically about Obamacare," she told the bankers. "We have people in our communities who are on the Medicaid expansion, 400,000 people in Arizona. Whether you agreed or disagreed with it, they are currently getting their health care though that. I am not going to screw those people. I don't know how you feel about it, but this is not a philosophical debate. This is not a campaign debate. This is a complicated issue and we need an off ramp if we're going to transition Medicaid back to the states to be more controlled at the level that is closest to people."

Here's the problem, Rep. McSally: You voted for legislation that did screw those people. It might not screw them tomorrow, but it will screw them when the federal Medicaid dollars go away. Because whether state lawmakers are closer to the people than you are, there's zero chance the Arizona Legislature is going to raise state taxes to cover the billions of dollars Arizona is going to lose as a result of your legislation. We've already seen what happens when Republican lawmakers in this state have to choose between raising taxes or cutting off Medicaid. In 2010, they cut people off Medicaid. And even when the federal government was offering free money to restore that coverage, only a handful of Republicans supported it.

Why do state Republicans take away health insurance from the poor? It's for the same reason that McSally has voted to do it: So that taxes could be cut for the wealthy.

Watson, a Northwest Fire District firefighter who was facing a lawsuit to knock him off the ballot for insufficient signatures on his nominating petitions, represented himself in court—and convinced Superior Court Judge Catherine Woods to let his campaign continue.

"She gave us the one signature we needed," Watson said after the ruling. "It was crazy."

Watson will face the winner of the three-way Democratic Party primary that includes Tom Tronsdal, Paul Durham and Felicia Chew.

Watson's case didn't look so hot after the Pima County Recorder's Office did an analysis that showed he was a single signature short of the necessary 377 because of various technicalities.

But Watson did some detective work and saw that one signature on his petition had been disqualified because the voter had previously signed one of Tronsdal's nominating petition before signing Watson's. Voters can only sign one petition per race, so the signature belonged to Tronsdal's campaign, not Watson's.

Woods dismissed the other challenges that were raised by attorney Vince Rabago, who was technically representing Ward 3 voter Sheila Yamanaka (although the Pima County Democratic Party was behind the challenge, with executive director Heath Butrum providing the analysis of the many signatures he believed to be invalid in an affidavit that Rabago filed with the court).

Unless Rabago files an appeal, Watson's name will appear on the November ballot.

Watson was happy he'll be able to hit the campaign trail, but he added: "I can tell you I never want to go to court by myself again."

More »
More The Skinny »
All News & Opinion »
Comments (8)
Add a comment
Subscribe to this thread:
By Email