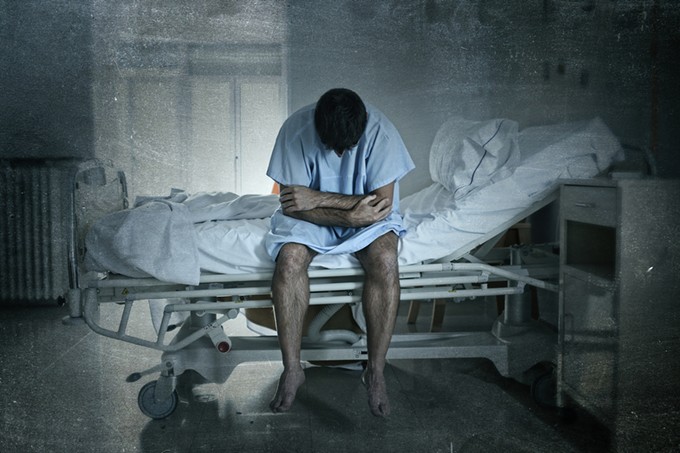 Bigstock
Trumpcare will work fine, as long as you don’t get sick.

Ducey is delighted, McSally is carefully reading, Grijalva and O'Halleran say no way

House Republicans finally unveiled their alternative to Obamacare—and as with any major piece of legislation, there are winners and losers.

The big winners are those upper-income Americans who have barely been able to scrape by on six-figure salaries or more during the Obama administration. They can look forward to big tax cuts with the new legislation.

The losers are those lazy layabouts on the lower side of the economic ladder. The Congressional Budget Office estimated that the American Health Care Act would result in 14 million Americans losing their insurance next year and 24 million by 2026.

On top of that, seniors too young to qualify for Medicare can look for yuuuggge hikes in their premiums.

On a positive note, the legislation will reduce the deficit by an estimated $337 billion over 10 years—which comes out to about $33 billion a year. So Trump might have more money for that hideous erection he dreams of building on the border. We think people need health insurance more than a border wall, but what do we know?

One reason so many Americans will lose health insurance is the cutback of Medicaid expansion in the states whose elected officials had enough compassion to adopt the Affordable Care Act's program to expand eligibility to 138 percent of the federal poverty level. (We should point out that this is not a very high threshold; it basically means that a family with two kids can earn about $32,000 and still get on Arizona's version of Medicaid, AHCCCS.)

Under the bill, the Medicaid expansion dollars go away in 2020, which means states will have to find ways to either raise taxes to cover those costs or find ways to wean people off the program. We're guessing—based on past experience—booting folks from the program will be the approach of the Arizona Legislature. Look for various new hoops that will let state officials disqualify people—new deadlines for paperwork, new fees or other such chickenshit rules.

Allowing so many people to lose health insurance has an impact not only on the low-income Arizonans who would lose coverage in such a strategy. It also means hospitals and clinics would take a beating, since many of them were facing serious financial challenges before Obamacare provided insurance to the people they serve.

As Todd Sanders, president and CEO of the Phoenix Chamber of Commerce, and Linda Hunt, senior vice president of operations with AZ Dignity Health, recently wrote in the Arizona Republic, the ACA's Medicare expansion "is working exactly as supporters said it would: Patients are getting the right care in the right place; hospital uncompensated care has been reduced dramatically; health-care employers are hiring; and taxpayers are getting more for their money. Today, Arizona's taxpayers, patients, employers and their workforce are well-served by a vibrant health-care sector that provides the highest quality care and contributes mightily to the state's economy. Anyone who wants to undo that truly doesn't know what they're doing."

Don't look to Southern Arizona's Democratic members of Congress to cross the aisle to support this bill. Writing in Time magazine, Congressman Raul Grijalva (AZ-03) said the GOP plan "is about tax cuts for the rich at the expense of the poor, plain and simple," while U.S. Rep. Tom O'Halleran (AZ-01) said in a prepared statement that the legislation "does nothing to slow or reduce the rising cost of health insurance. Older Arizonans will face higher premiums for less coverage and care, and it will be more difficult for rural hospitals to provide adequate health care."

But Republican Martha McSally (AZ-02) is taking more of a wait-and-see approach. The Skinny asked McSally several questions via email about the American Health Care Act after it was introduced last week, including whether she supported the significant reductions in Medicaid for low-income Americans.

McSally District Director C.J. Karamargin, who has been serving as a press contact until a new communications staffer comes on board, sidestepped the questions about Medicaid patients, but he said that McSally "is encouraged that the American Health Care Act includes provisions she fought for: It keeps in place coverage of pre-existing conditions, allows young adults to remain on their parents' insurance until age 26 and maintains the prohibition of putting lifetime caps on benefits. The congresswoman is carefully reading the 123-page bill, listening to local stakeholders and in the days ahead will work with House leadership for a viable solution to the healthcare challenges facing Southern Arizonans and all Americans."

If Arizona Gov. Doug Ducey is concerned about all those Arizonans who will lose their health insurance if the Medicaid expansion goes away, he's not joining with GOP governors such as Ohio's John Kasich, who has been vocal in his concern that the Medicaid dollars not be cut.

Ducey spokesman Patrick Ptak told the Weekly via email that Ducey "is thrilled to see repeal of Obamacare on its way, and he is glad to have a seat at the table in the discussion about replacement. The current bill is a moving target, and as it works through the process, it's likely to see changes. We are tracking those and advocating for increased state flexibility as well as Arizona's specific needs."

Here's a simple prescription for America if this legislation becomes law: Don't get sick.

Zona Politics with Jim Nintzel airs at 5 p.m. Sundays on KXCI, 91.3 FM and at 1 p.m. Saturdays and 10 a.m. Sundays on KEVT, 1210 AM. This week's guests are investigative journalist Joe Conason (author of the new Clinton biography Man of the World) and University of Florida history professor Ibram X. Kendi (author of Stamped from the Beginning: The Definitive History of Racist Ideas in America, a 2016 National Book Award winner.)

More »
More The Skinny »
All News & Opinion »
Comments (18)
Add a comment
Subscribe to this thread:
By Email