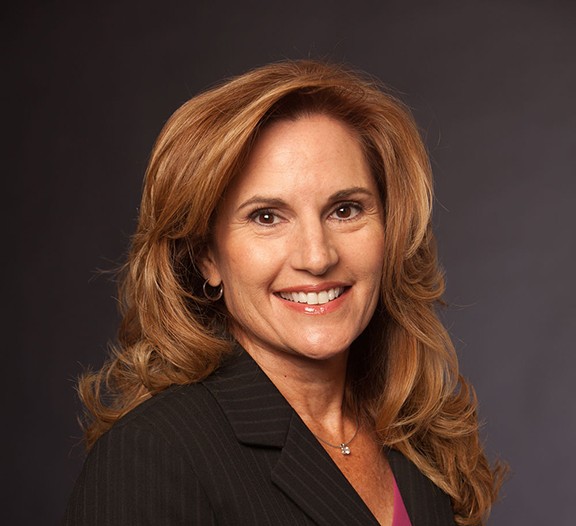 But it appears that the fire is cooling in the belly of some would-be challengers to the incumbent members of the board.

For example, Republican Joe Boogaart, who joined with Supervisor Ally Miller to torpedo the county's last major bond package, was all set to challenge Supervisor Sharon Bronson. But he recently announced on Chris DeSimone's morning radio marathon that he was backing out of the race.

That leaves no Republican in the race against Bronson, although Democrat Juan Padres is still challenging the five-term supervisor in the August primary and political gadfly Felicia Chew may be in the race as an independent.

Over in District 5, TUSD Board member Rachael Sedgwick, who also wanted to challenge Bronson until she realized she lived in Supervisor Richard Elías' district, has filed paperwork with the county formally terminating her campaign. That leaves Elías possibly facing a primary challenge from political newcomer Trista Tramposch Di Genova-Chang, who has also filed to run for Pima County sheriff. We won't be terribly surprised if Genova-Chang does not end up on your 2020 ballot.

At this rate, the race for District 1 promises to be the most entertaining. Supervisor Miller is stepping down, leading to a rush of potential candidates. On the Republican side, you have Oro Valley Town Council member Rhonda Piña; former state lawmaker Vic Williams; former Pima County Republican Party chair Bill Beard and political newcomer Steve Spain.

Despite—or perhaps because of—his lack of political experience, Spain has won Miller's endorsement. Williams, who lost to Miller in 2012, is trying to ride Miller's anti-Huckelberry coattails, but Miller doesn't seem happy about that; after Williams recently praised Miller's "brash in-your-face style" on Facebook, Miller herself gave him a dressing down, writing that his characterization is "not true...have you ever watched a board meeting. Please don't spread the narrative that they want you to spread. I do ask questions that should be asked...I don't back down. That is NOT brash and in your face. It is called standing up for what you believe in."

Of course, Miller is also frequently unhinged and paranoid and tends to "believe" in things that aren't true (hundreds of millions of dollars are missing from the county transportation budget; developers have to pay off someone in the county to get their projects approved; there's an elaborate scheme to frame a member of her staff; Huckelberry has bugged her office; et al), but it's not surprising to discover Republicans running in a Republican primary would want to pattern themselves after her.

So far, Piña has the jump on the fundraising front. Her most recent report, covering activity through the end of 2019, shows that she raised more than $72,000, including $20,000 she loaned her campaign. By contrast, Williams reported raising about $4,000 and Beard and Spain didn't formally file their paperwork to run for the office until January of this year, so they weren't required to file any campaign-finance reports.

The outcome of the District 1 primary is going to be fascinating to watch. In 2012, when Miller first won office, she was the only woman running against three men. She had the crazy lane mostly to herself, as the other candidates tried to portray themselves as reasonable Republicans.

This year, the situation is reversed, as Piña appears to have the "reasonable candidate" lane to herself and the three guys are competing in the crazy lane. Does that give Piña an advantage? We'll find out in August.

In other county news: Republican Benny White, one of the brighter bulbs in the local GOP, has announced a run for Pima County Recorder to replace the retiring F. Ann Rodriguez. White served on Pima County's Election Integrity Commission and knows his way around election procedures, which is part of the job of the county recorder. He's the only Republican who has launched a campaign, but a gaggle of Democrats are interested in the race, including Sunnyside School Board member Consuelo Hernandez, the sister of state lawmakers Daniel Hernandez and Alma Hernandez; Tohono O'oham political activist Gabriella Cázares-Kelly; and current Recorder employee Kimberly Challender.