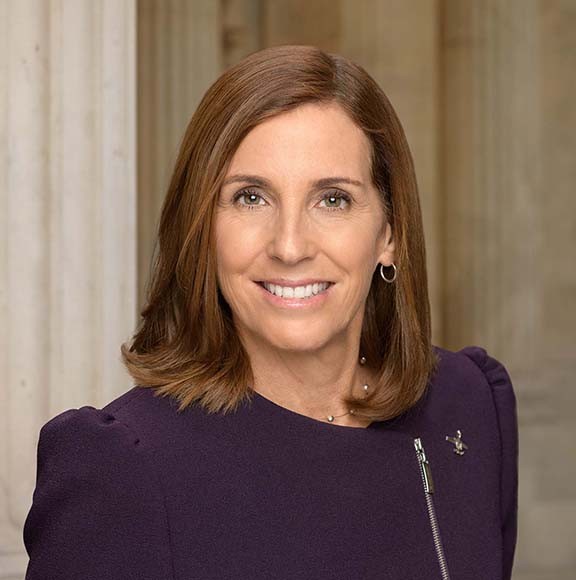 With her approval rating among Republicans in freefall, Sen. Martha McSally lashes out at "liberal hack" at CNN Sen. Martha McSally went viral last week when she responded to a reasonable question from CNN congressional reporter Manu Raju about whether she was willing to consider new evidence in President Donald Trump's impeachment trial. Instead of answering, she shot back: "I'm not talking to you, you're a liberal hack."

McSally was clearly proud of the moment, tweeting out footage of her brushback and later going on Fox News Blonde Laura Ingraham's show to dismiss the mainstream media altogether. "As you know, these CNN reporters, many of them around the Capitol, they are so biased. They are so in cahoots with the Democrats. They are so against the president. They run around trying to chase Republicans and asking trapping questions. I'm a fighter pilot. I call it like it is."

Amusingly, the fighter pilot who calls it like it is then performed evasive maneuvers to avoid answering the same question from Ingraham. "I'm not going to tell everyone what my votes are going to be," she said. (Remember this moment the next time one of McSally's allies says that her Democratic challenger, Mark Kelly, dodges tough questions.)

McSally is one of the most vulnerable members of the Senate; polls are showing her trailing Democratic challenger Mark Kelly, who has nearly twice as much cash on hand going into the 2020 election year.That means she's facing more pressure than most on the question of impeachment and she's well aware that failing to support her man Donald Trump will cause a backlash among Republicans, while appearing to be his stooge will hurt among independent voters who rejected in her unsuccessful 2018 campaign against Democrat Kyrsten Sinema.

McSally has sidestepped any and all questions about the whether President Donald Trump's shakedown of Ukrainian President Volodymyr Zelensky was appropriate. Instead, whenever she is pushed enough to answer a question about the scandal, she flips the question and says Democrats are to blame for investigating the matter. And while she has given lip service to the notion that she's going to be a fair juror who listens to all the evidence in the impeachment trial, there is zero chance that she would actually turn on Trump, as that would be political suicide.

It's a standard feature of the 2018 Martha McSally model, which now comes loaded with extra Trumpiness. Unlike the earlier versions, which were critical of Trump and aimed to present the image of a reasonable moderate as she navigated the political currents of a competitive Southern Arizona congressional district, the 2020 McSally model has fully embraced Trump and his brash and insulting style.

The Skinny mentioned last week that McSally has a "meh" rating in the ratings released in October, with 39 percent of surveyed voters approving of the job she's doing and 37 percent disapproving, giving her a plus-2 percent positive score. The latest numbers show that she has dropped 5 percentage points, to a negative 3 percent score. According to the survey, 37 percent of voters approved of the job she's doing, while 40 percent disapproved. The survey showed that she suffered a huge 9 percentage point drop among Republican voters, going from 49 percent approval to 41 percent approval.

So McSally's exchange with Raju served two purposes: It distracted from the news of her tumbling approval and it helped her with the GOP base that appears to be souring on her. We'll find out in November whether it helps her with the Independent and female voters who supported Sinema over her in 2018.

If you'd like to learn more about ranked-choice voting, here's your chance at a time when it seems the notion of democracy itself is taking body blows, some folks say it's time to revamp the whole system.

Ranked Choice Voting is an interesting notion that's gaining some traction and has been adopted in a few places for some elections around the world, including Australia, Ireland and New Zealand. The idea: If there are more than three candidates in a race, voters rank their top three, four, five (etc.) choices. While there are different ways to manage such a system, here's the general idea: If no candidate gets a majority, the candidate with the fewest votes is eliminated and the votes they received are redistributed to the remaining candidates in the race. The process continues until someone gets a majority.

The League of Women Voters of Greater Tucson are hosting Adam Friedman, the founder of Voter Choice Massachusetts, is set to explain how Ranked Choice Voting works and how Arizonans can build support for it in the state. Friedman has led an effort to ask Massachusetts voters to adopt a ranked-choice voting system on the 2020 ballot.