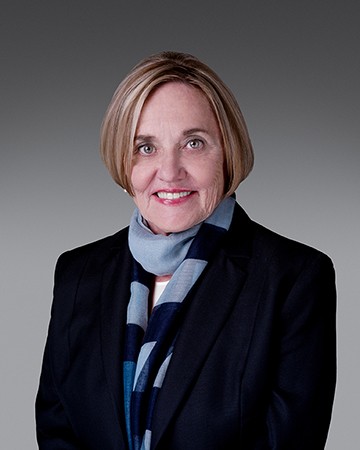 With Pima County Supervisor Ally Miller throwing in the towel after two terms, there's a scramble to fill what's going to be an open seat on the Pima County Board of Supervisors.

So far, three Republicans have announced they are interested in replacing Miller, who earned a reputation as a loon during her eight years in office by such antics as opposing efforts to retain the largest private employer, Raytheon; insisting the Sheriff's Department investigate an (allegedly) missing memo; announcing on Facebook that her office was full of deadly mold (it wasn't); telling her staffers that County Administrator Chuck Huckelberry had planted listening devices in her office; declaring that she was proud to be white after a neo-Nazi march in Charlottesville left a woman dead; and—our favorite!—calling 911 to ask if a story in the Tucson Weekly could be removed from the internet. Fun times, to be sure.

Piña, who is evidently tired of arguing over whether Oro Valley should hang onto that golf course they bought from Bert Lopez a few years back, can count on significant support from the business community, which was recruiting her to run even before Miller called it quits because chamber types were so sick of the incumbent.

Williams is a local landlord who tried for the seat in 2012 but came in third place behind Miller and fellow Republican Mike Hellon with just 21 percent of the vote.

Beard briefly served as an aide in the District 1 office last year, but—as with many of Miller's staffers—didn't last very long. Still, he knows the Miller playbook; in his announcement this week, Beard took a swing at Miller's favorite boogeyman, County Administrator Huckelberry: "I will make sure the budget is honest and money is being spent where Huckelberry says it's being spent, not where his cronies want it spent."

On the Democratic side in District 1, retired school administrator Rex Scott, who has worked on both Republican and Democratic campaigns since the 1990s, is up against Jeff Farrell, who got booted from the District 1 Democratic primary back in 2012 for not having enough valid signatures on his nominating petitions. But given District 1's GOP leaning, Democrats face a tough path to victory in November.

District 3, which has been represented by Democrat Sharon Bronson since 1996, remains the county's swing seat; it leans Democratic but many of those Democrats are conservative enough to vote for a Republican if the right one comes along, and there are independents who could vote for a GOP candidate. Bronson, the most moderate of the Democrats on the Board of Supes, is facing potential challenges from the left and the right.

On the left are two potential Democratic opponents: Juan Padres and Felecia Chew. Padres, who is making his first run for public office, works in public affairs for TuSimple, an automated trucking company with offices in Tucson. Chew has made quite an impression as a political gadfly in recent years, as she has attempted to win seats on the Tucson City Council and the Amphi School Board. (Chew's most spectacular moment in her 2017 City Council race came when she burst out in song about the glory of batshit during a candidate debate; her 2018 run for the Amphi School Board came to a quick end when she was booted from the ballot for not having enough valid signatures.)

Whoever comes out of the Democratic primary could face Republican Joe Boogaart, a Miller ally who worked alongside her in a successful effort to kill Pima County's 2017 bond package.

Over in District 4, Supervisor Steve Christy is wrapping up his first term. He has frequently clashed with Miller, even though she's a fellow Republican, and she has left a parting gift for him: a primary challenge from her former staffer John Backer, who lost to Christy in the 2016 primary. The winner of that race will face Democrat Steve Diamond, who believes he has a path to victory in the heavily Republican district.

In District 5, Democrat Richard Elías, who was first appointed to the office in 2002, could face a challenge from TUSD Board member Rachael Sedgwick, who is running as an Independent in the heavily Democratic district.

In District 2, Democrat Ramón Valadez has yet to draw a challenger.