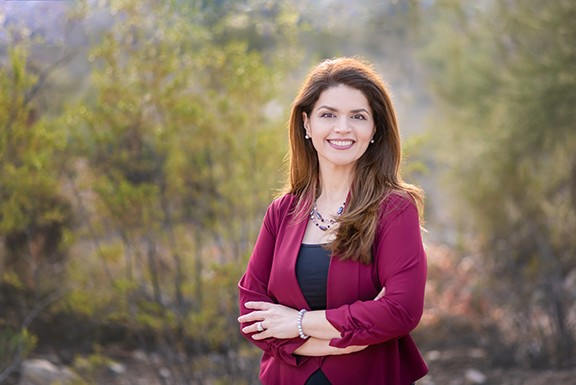 Mayoral and City Council candidates show us the money—and the news is not good for Republicans.

Judging from the most recent round of campaign finance reports, we don't have much of a race for the Tucson City Council this year.

Sure, we didn't need the reports to tell us that—the fundamentals have hardly been in the favor of challengers this year. Tucson is a Democratic town, with two Democrats for every Republican. And with Trump in the White House, Democrats have been willing to crawl through a field of jumping cholla to vote. So it wasn't like Republicans were likely to make much headway in Tucson in 2019.

But even so, check out these numbers through Sept. 30:

• In Ward 4, where there's a race to fill the seat that opened with longtime Councilwoman Shirley Scott's retirement, Democrat Nikki Lee has raised more than $64,000 for her campaign, including nearly $25,000 in public dollars from the city's matching-funds program. By contrast, Republican Michael Hicks—who at least had some political experience from his time on TUSD board—had raised just over $13,000, including about $6,100 in matching funds from the city. We don't know what kind of pitch Hicks was making when he hit up potential contributors, but it looks like he would have been better off selling magical burritos for campaign cash.

• In Ward 2, incumbent Councilman Paul Cunningham was raised more than $60,000, including roughly $24,000 from the city's matching funds program. His Republican challenger, Ewart Williams, reported raising about $1,600. We've heard that Williams, who has a side hustle as a Lyft driver, is telling his captive passengers about his campaign platform. Sadly, that's probably his best chance of actually reaching voters.

• In Ward 1, where there's an open seat left by Councilwoman Regina Romero's decision to run for mayor, Democrat Lane Santa Cruz has raised more than $107,000, including roughly $47,500 in public funds from the city's matching program. By contrast, Republican Sam Nagy, who went to the trouble of running a write-in campaign to get on the ballot after his mayoral ambitions went south, reported raising less than $700.

In the mayor's race, independent candidate Ed Ackerley has done a more respectable job than the various GOP candidates, but he's still way behind Democrat Regina Romero, who had raised $258,000, including nearly $123,600 in public funds from the city's matching program. Ackerley had raised nearly $64,000 and had spent nearly all of that on a campaign that seems be taxiing up and down the runway without managing to actually take flight.

The Goldwater Institute came down to Pima County in 2016 at the urging of Pima County Supervisor Ally Miller to show County Administrator Chuck Huckelberry and the rest of his cronies a thing or two about the law.

A few years later, it looks like Goldwater should have steered clear of anything that Miller was trying to lure them into.

Goldwater sued Pima County, claiming that the county had violated the law by offering a lease deal to World View, a company that is developing high-altitude balloons to do the data-collection work of satellites at a lower price point, as well as space tourism. Pima County built a headquarters for World View with the agreement that World View would pay back the initial investment over several years.

Earlier this week, the Arizona Court of Appeals dismissed as moot Goldwater's claim that the county violated state law by not using competitive bidding to build the headquarters. Essentially, the court said that Goldwater should have asked for an injunction to stop the construction of the headquarters if attorneys thought the bidding process was illegal. Given that the World View headquarters are now built and have been occupied for a couple of years, there's no reason to rule on the merits on Goldwater's arguments.

The Court of Appeals had already sided with Pima County on another element of Goldwater's suit, which claimed that Pima County had violated the law by not having an open bidding process to rent the headquarters instead of just building it for World View. The Court of Appeals concluded that state law allows for such deals under a section of law pertaining to economic development projects.

There is still one element of the lawsuit that remains unsettled: Whether Pima County violated the Arizona Constitution's Gift Clause by building the headquarters in the first place. That legal drama will play out in Pima County Superior Court as this legal drama comes to a close.

More »
More The Skinny
All News & Opinion
Comments (4)
Add a comment
Subscribe to this thread:
By Email