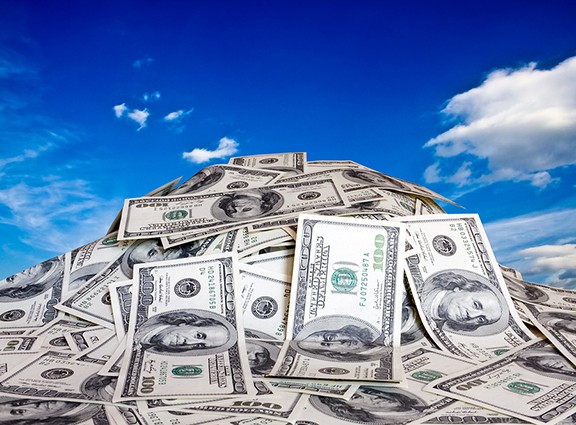 The opposition to prop 205, aka Tucson Families Free and Together, aka Tucson's "sanctuary city" initiative, has been surprisingly muted, given that early voting starts in just two weeks, on Oct. 10.

But we hear that's about to change, with a "No on 205" committee that's chaired by TEP bigwig Larry Lucero about to roll into action. The committee is expected to spend at least $200,000 on a campaign that will argue the initiative puts at risk more than tens of millions in annual funding from the state and the feds while hampering the Tucson Police Department's ability to work with federal law enforcement. While the money will be coming from the likes of the Southern Arizona Leadership Council, SAHBA and the Tucson Association of Realtors, you can expect to see the faces of prominent Democrats and some immigrant-rights advocates delivering the message.

We're also told that a Phoenix biz group may drop another six figures, as there's concern that this sanctuary city effort could expand to Maricopa County if it's successful here.

Supporters of Prop 205 will argue that the opposition's points are myths or speculative thinking—but they may not have much of a megaphone to counter the anti-205 forces. Supporters got a big fundraising boost at the end of the last fundraising cycle when #GreenShirtGuy went viral and about $6,000 in donations poured in from around the country. But even with that shot in the arm, the Tucson Families Free and Together Committee only had less than $12K in the bank as of Aug. 10. Unless Prop 205's fundraising efforts pick up, they are gonna get swamped on the spending—aka persuasion—front.

This time, she wasn't complaining about the imaginary listening devices that Pima County Administrator Chuck Huckelberry has planted around her office or demanding that the Pima County Sheriff's Department investigate the theft of a memo. Instead, Miller griped that during rainstorms, the office windows leak.

"The fix is to move all furniture out a couple feet from the wall and then a bunch of ratty old bath towels (picked up somewhere—on the street or wherever they can get them) are put along the carpet each year."

And as a result, she believed there was mold growing in her office.

"Came in to the office today and the mold smell was horrible," Miller ranted in a not-at-all-unhinged manner. "The carpet behind couch appears to have mold. I have contacted the risk dept to do a mold test and pull that damn carpet up or will contact OSHA on them. This is disgusting to have to put up with this nonsense. I have employees who are in there with poor ventilation every day."

As you'd expect, Huckelberry responded earlier this week with a 15-page memo (including 11 pages of test results) letting Miller know that her office was free of mold contamination. Huckelberry conceded that the leaky windows were an ongoing problem, but—after going into some detail about the types of tests that were used—concluded that "indoor concentrations (of mold) were significantly less than outdoor concentrations" and that the test results showed "the 11th floor District 1 Supervisor offices are safe for occupancy."

Huckelberry added that while the county works on fixing the window leaks, "measures to prevent water saturation of carpet and building materials should be employed. These measures should include using disposable absorption material rather than towels to absorb the water."

Be sure to keep an eye out on the Arizona Daily Independent—whose guiding mother, Lori Hunnicutt, works as an aide for Miller on the county payroll—for the likely upcoming exposé on how this is yet another Huckelberry cover-up, but with paper towels rather than ratty old bath towels.