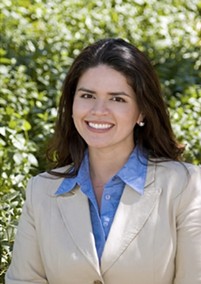 It's been two decades since we had a real Democratic primary battle in a mayoral race. You'd have to go way back to 1999, when four Democrats—Molly McKasson, Betsy Bolding, Janet Marcus and Pat Darcy—clambered into the ring, with a wounded McKasson emerging from the primary only to lose to Republican Bob Walkup, who would go on to serve three terms and prove that a moderate Republican could win over voters in the Democratic stronghold of Tucson.

This year, with Mayor Jonathan Rothschild (who never faced a serious challenge in either a primary or general election in his two terms) calling it quits, a three-way race is shaping up in the Democratic primary between City Councilwoman Regina Romero, former state lawmaker Steve Farley and local developer Randi Dorman. 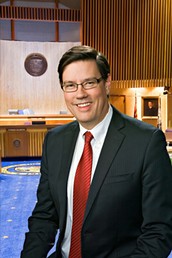 With the first quarter of the year in the rear view, we are getting our first peek at how much money the Democrats are raising. Romero had raised roughly $52,500, according to a report filed with the City Clerk's office in late March. But Team Romero tells us she will be filing a new report next week that will reveal she has raised roughly $75,000. That haul has been doubled to about $150,000 because—unlike Farley and Dorman—Romero is participating in the city's matching-funds program. Romero has already qualified for the program by raising at least 300 contributions of $10 or more from city residents.)

Farley, who is coming off an unsuccessful run for governor, told the press last week that his campaign had raised nearly $130,000.

Dorman tells the Skinny that her report will show that she's raised nearly $100,000, which is a respectable haul for a first-time candidate. 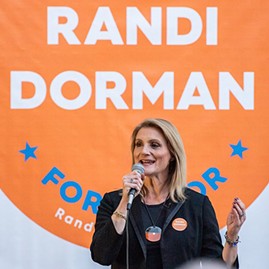 The downside for Romero's participation in the matching-funds program is that she has to limit how much she can spend. The upside is that she can spend roughly $196,000 in the primary and as much as $261K on her campaign, so the other two will have to raise a lot more money than they have to blow her out on the spending front.

So that's where the money race stands. How about the issues? Well, your chance to learn all about where they stand on a whole host of challenges facing the city is coming soon: Romero, Dorman and Farley are scheduled to appear at a forum from 5:30 to 7:30 p.m. next Thursday, April 18, at the UA Environmental and Natural Resources Building.

This report has been updated with new numbers from Team Romero.

What's next for the Trump administration's lunatic immigration policies?

Last week, the skinny mentioned President Donald Trump's threat to close down the border. As is often the case, events moved quickly between the time our paper left the offices and the print edition hit the streets, and a lot has changed.

In case you haven't followed all the twists and turns in recent weeks, Trump first insisted he wasn't kidding when he threatened to close the border. Then he got Gov. Doug Ducey, who has worked diligently throughout his administration to rebuild Arizona's trading ties to Mexico, to say he'd support a shutdown at the ports of entry, although Ducey added that he hoped any border closure would "be as short as possible." Then Trump said he was putting Mexico on notice that he would shut the border down if Mexico didn't start stopping asylum seekers and other undocumented immigrants. And then Homeland Security Secretary Kirstjen Nielsen—who will be forever remembered as the woman who put undocumented children in cages and lost kids in the system—submitted her resignation, with national press reporting that she left the administration because Trump wanted even more brutal treatment of immigrants than Nielson was willing to oversee.

Nielson's departure has been celebrated—and The Skinny is certainly not sorry to see her disgraceful term as secretary of Homeland Security come to an end. But we expect whoever comes next will be far worse, so brace yourself: Trump himself told the press this week that unless the nation is allowed to bring back its policy of kidnapping kids, he believes asylum seekers figure that "they're coming like it's a picnic, because 'Let's go to Disneyland." And while Trump said he's not seeking to bring back the family separation policy, who knows what's next? Probably not even Trump.

Local residents who want to see their roads fixed scored a big win at the Arizona Legislature with the passage of HB 2109, which allows Pima County voters to decide whether the current half-cent sales tax for transportation should be increased to a full cent, with a portion of the those tax dollars going to road maintenance rather than being limited to expand road capacity. As of our deadline, Ducey had not signed the bill, but he was expected to ink it.

The passage of the bill is another example of the diminishing influence of Pima County Supervisor Ally Miller, who went against the local biz community in her failed lobbying attempt against HB 2109.

It's a long way from here to a hike in the sales tax, but the RTA has, for the most part, delivered what it promised: Wider roads to move cars more efficiently, a slightly improved transit system and better sidewalks, bike paths and the like.

Time will tell whether that will translate into support for road maintenance, but there are a lot of public meetings and campaign contributions to come before that question is answered.