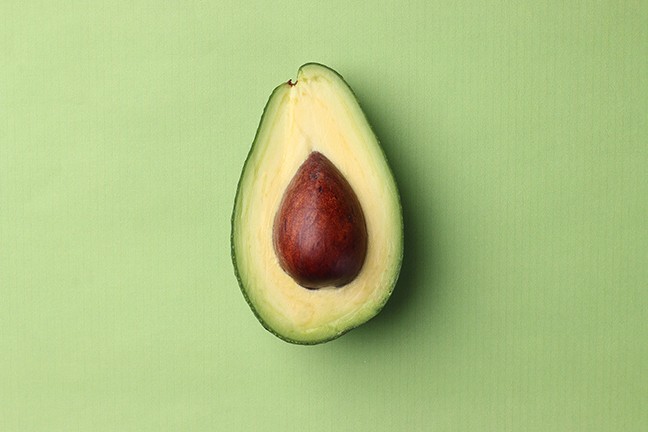 First, there's Trump's threat to "close the border" and "keep it closed for a long time," whatever that means. (White House Chief of Staff Mick Mulvaney floated the idea of closing the ports of entry in in order to send the staff that normally handles customs enforcement and whatnot into the desert to patrol for border crossers on a Sunday morning talk show, which is downright hysterical, given that most border crossers these days would love to surrender themselves at the ports of entry). Trump backed off the hollow threat earlier this week, maybe after someone showed him a picture explaining that an estimated $1.7 billion in trade happens along the southern border on a daily basis. The end result of a border shutdown would be more economic harm to the nation and, in particular, border states like Arizona.

Even more concerning to The Skinny, it means the United States could run out of avocadoes in less than three weeks, according to a report in Business Insider. That's gonna do some serious damage to Arizona's guacamole junkies.

This latest border stupidity is hardly helpful to McSally, who has tightly tied her political fortunes to Trump—a strategy that cost her the 2018 election.

While McSally didn't criticize Trump's proposal to close down the border, she told a gaggle of reporters earlier this week that she believed cross-border trade was important to Arizona.

Then there's healthcare, an issue that dogged McSally throughout her 2018 Senate run. In the final weeks of the campaign, McSally insisted she believed in protecting people with pre-existing conditions, despite the number of times she voted for legislation to strip away those provisions as part of the repeal of the Affordable Care Act. The problem for McSally: She can say all she wants about what she would like to do, but her voting record shows a very different position—and that voting record is something she can't say doesn't exist, unlike Trump's fantastical promises to provide something better one of these days.

Trump has pushed the Justice Department to file legal arguments in favor of tossing out the entire Affordable Care Act as unconstitutional because congressional Republicans voted to eliminate the individual mandate. That would mean those protections for people with pre-existing conditions go away, along with all the provisions that people actually like about Obamacare.

McSally spokesperson Katie Waldman did not address Trump's latest legal play about the Affordable Care Act when asked about it this week, but she did send a statement from McSally: "Arizonans deserve affordable healthcare and health insurance that gives them choices and protects pre-existing conditions. I led bi-partisan efforts on this in the House and will continue to fight for solutions that bring down the cost, provide more options and allow families to decide what is best for them."

Waldman did not reply to a follow-up question regarding whether McSally was currently involved in drafting alternative healthcare legislation—which means she probably isn't. That's not so surprising, given that Trump himself said earlier this week that whatever plan he's developing wouldn't emerge until the 2020 election is over. Given that it's increasingly likely that McSally is going to face a well-funded Mark Kelly next year, McSally's best hope at this point is that the Supreme Court sees this legal case as BS and rejects Trump's arguments so she doesn't have to answer for another bad vote.

Local blog sure does like this disgraced lawmaker who faced charges related to sex crimes back in the '80s.

David Stringer resigned from the Arizona Legislature last week, just days before a House of Representatives ethics investigation revealed that the Prescott Republican was arrested in 1983 on charges that he lured underage boys to his home and paid them for sex.

Stringer insists the charges were unsubstantiated—and he's got the support of Tucson's Arizona Daily Independent website. Lori Hunnicutt, a top aide to Pima County Supervisor Ally Miller and a correspondent for the so-called Independent, has been in Stringer's corner since the Phoenix New Times broke the story that Stringer had faced charges related to sex crimes in Baltimore.

Stringer's record has been expunged and this all happened more than three decades ago, which makes sussing out the truth somewhat challenging. Stringer has denied the charges, although he took a plea deal rather than go to trial. He said in a Facebook post that it seemed like the right step at the time, given that he could have been convicted if the case had gone before jurors.

Hunnicutt was a solid stenographer for Stringer. She reported what he told her: That he was the victim of a false arrest based on allegations from prostitutes. But, as Hunnicutt herself conceded in a recent follow-up, Stringer didn't mention that he was facing charges of paying boys for oral sex. But that omission seems understandable to Hunnicutt, who wrote: "Given how scandalous it is, readers can easily figure out why he wasn't publicizing it." Well, that hope that no one would learn the disgusting details of the case worked out well for Stringer.

Yellow Sheets Report editor Hank Stephenson got it right when he called Hunnicutt out on Twitter for her "gutless and despicable defenses of Stringer," adding that ADI "didn't investigate. They ran Stringer's propaganda and defended him to the end."

Hunnicutt shot back at Stephenson: "No Hank, shame on you for making assumptions about what the ADI investigated. AND shame on you for passing judgment about a guy WHO WAS NOT CONVICTED! You relied on only one flipping side of the story! That's gutless and lazy!"

That back-and-forth happened before the latest document drop from the House of Representatives, which included this tidbit, according the Arizona Mirror:

One witness, Merissa Hamilton, told the investigator that she spoke with Stringer during and after a Republican Women of Prescott forum in May 2018. During the keynote address by a Border Patrol agent, Stringer opined to Hamilton that he didn’t believe child sex-trafficking was a problem, chalking the issue up to “a lot of 15-year-old prostitutes.” He also questioned whether “there are people having sex with five-year-olds” and said he didn’t like to “demonize” child sex-trafficking.


After the meeting, Hamilton said she and Stringer continued to discuss the issue in the parking lot. During that conversation, she told investigators that Stringer said he didn’t think there was any “damage” caused by child sex-trafficking.

“If an uncle takes his niece or nephew to a playground and they go on the merry-go-round and have some ice cream, and then do their thing, that’s just part of the experience,” Stringer told Hamilton in support of his claim, she told the committee.

This column has been updated from the print edition to reflect developing stories.