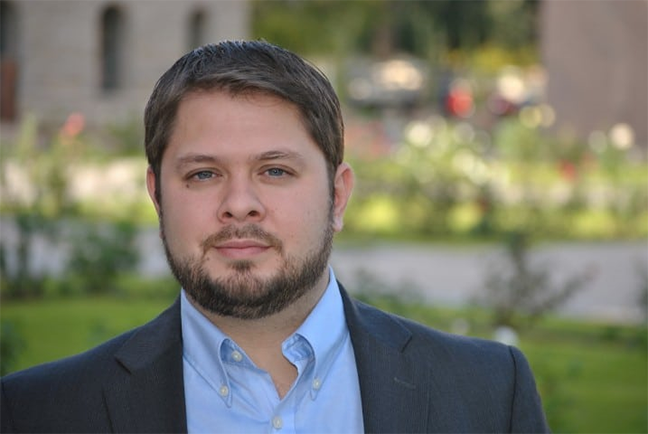 Courtesy photo
Ruben Gallego: “I don’t want to engage in a bitter primary.”

See You in Court

The fight to stop Rosemont Mine continues

Hudbay minerals is suddenly a lot closer to eating up and spitting out a major chunk of the Santa Rita Mountains.

In the last few weeks, the Canadian mining company has obtained the last of the permits it needs to start work on the long-planned Rosemont Mine, which will leave behind a mile-wide and a half-mile deep hole inside the Santa Rita Mountains.

There are plenty of reasons to oppose the Rosemont Mine: The loss of habitat, damage to Southern Arizona's eco-tourism, the general despoiling of a gorgeous mountain range. (And no, we don't believe the promises the mine's owner will clean everything up after they are done extracting all that copper.) But the big one—and the one that kept Rosemont from moving forward—is the threat to our watershed.

Rosemont had long been seeking what's called a 404 Permit from the Army Corps of Engineers, which would essentially say that the operation of the mine would not have a significant adverse impact on area waterways. The Army Corps had long delayed a decision on the permit, despite Rosemont Copper's various plans for mitigation. And then, with President Trump now in office, the Army Corps decided to go ahead and approve the permit.

Let us just say we're suspicious that politics—and in particularly, the Trump administration's transparent zeal for extraction over conservation—didn't play a role.

We're not the only ones who are suspicious. Congressman Raúl Grijlava has been the most vocal, declaring that he'll use his perch as chair of the House Natural Resources Committee to investigate the permitting process.

"The Rosemont Mine will be destructive to our water, wildlife and lands in ways that cannot be engineered away," Grijalva said. "This Committee is not finished with its oversight of how this mine's approvals were handled. When a mine will critically impair federally protected habitats and threaten desert water resources, that mine shouldn't get a rubber stamp. That's what happened today, and that's what this Committee is going to investigate before permanent damage is done."

Grijalva's call was echoed by the other Democrats who represent Southern Arizona in Congress. Rep. Ann Kirkpatrick, whose District 2 includes Rosemont, said she was "very disappointed" in the decision to grant to final permits.

"That's not a good place to mine because of the water issues in the community," Kirkpatrick told The Skinny last week. "And so I've been against it for some time."

Rep. Tom O'Halleran (D-CD1) said he was likewise troubled by the decision to grant the permits.

"If we've had two major knowledgeable agencies with the expertise and the technology to be able to understand the issue and they have questions, and we're still going to move ahead and have the Rosemont mine permitted, that's problematic," O'Halleran said.

We'll see what Grijalva's hearings turn up regarding the 404 permit, but in the meantime, Rosemont is also heading to court. First, there's legal action regarding three separate cases that have been more-or-less consolidated into one case before U.S. District Judge James Soto. Those cases, which involve whether the Forest Service and the U.S. Fish and Wildlife Service properly approved the mine's plan, are moving forward toward oral arguments.

But a new lawsuit, expected to be filed this week, challenges the Army Corp of Engineers' decision to issue the 404 permit. And given the ongoing delays and sudden reversal, this is the lawsuit that could reveal whether any funny business has taken place in the permitting process—and whether there's a chance the mine could actually be stopped, first with a preliminary injunction as the case moves forward and ultimately with an order that the 404 permit should not have been granted.

In short, the fight over Rosemont isn't over yet.

Retired astronaut and former Navy fighter pilot Mark Kelly's campaign to unseat Republican Martha McSally next year got a little easier this week when Arizona Congressman Ruben Gallego told the Arizona Republic that he wouldn't be running for Senate next year.

Gallego was one the strongest Democratic candidates who was also considering challenging McSally, who lost a 2018 bid for U.S. Senate but was appointed to fill out the late John McCain's term.

"I don't want to engage in a bitter primary all the way until the general election, and then turn around and try to run, whether it's me or Kelly, against McSally in a year when the Democrats need to win the Senate seat and take the state," Gallego told The Republic. "It's just not in the best interest of the state or the Democratic Party to be engaging in that. ... If Republicans are excited to see a spirited and nasty primary, they're going to have to look somewhere else because I'm not going to take part in that."

It's a smart move by Gallego. He's growing into a strong progressive voice in Congress and has a long career in front of him. Running for the Senate next year would have—as he conceded—pushed him into a bitter primary that could have left a lot of bruised feelings among Democrats against him, especially if he then failed to defeat McSally. Besides, we all know Sen. Kyrsten Sinema will probably be running for president in 2024, so there's another seat coming up in the near future.

Gallego's decision is bad news for McSally because Kelly now won't likely have to worry about a strong candidate coming at him from the left in the primary race, which allows him to focus on McSally and her record—and given that voters have already rejected McSally once, she's got to figure out a way to win them over.