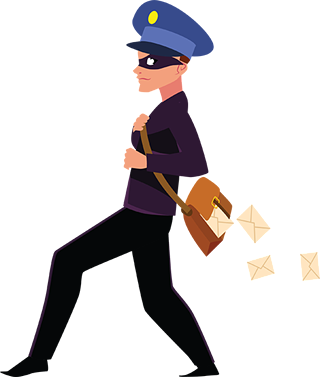 The mystery has deepened on the 11th Floor as everyone is a suspect in the case of the missing memo!

Well, not really. In fact, judging from the report we have from the Pima County Sheriff's Department, this particular mystery is quickly headed for the cold-case file.

We're speaking, of course, about the dastardly crime that was perpetuated upon Pima County Supervisor Ally Miller when someone stole her precious memo.

We shared the details a few weeks back: Pima County Sheriff Mark Napier sent a memo regarding immigration issues to the five members of the Pima County Board of Supervisors. When Miller discovered her memo was missing, she did what any crazy, paranoid person would do: She had her chief of staff, JoAnn di Filippo, send an email to the Sheriff's Department, demanding an investigation. (Miller couldn't turn to her favorite investigatory agency, the FBI, because the mail theft was an inter-office delivery rather than through the U.S. mail.)

Di Filippo—who likes to include "PhD" at the end of her email signature so no one is unaware of her grand accomplishment—relayed the details of the criminal activity, highlighting that Democratic Supervisor Richard Elias also didn't receive a copy of the memo: "This is even more disturbing to note that two district offices reported receiving this sensitive and timely information, while the other supervisors were obviously subject to mail theft." One can scarcely imagine how the vapors were spreading in the District 1 office.

So Detective Sgt. Costak Manoleas was dispatched to the 11th floor offices of the board, where he gathered all supervisors and their staff into a conference room and told them that no one was leaving until he got to the bottom of this.

No, much as we wish such a thing happened, it was much more mundane. Instead of investigating a real crime committed against an ordinary citizen, Manoleas dutifully carried out this fool's errand to soothe Miller's ego, but there wasn't much to go on.

Manoleas first tried to talk with Miller and di Filippo, but neither one was in. (Then again, good luck ever catching Miller at the office if there's no Tuesday board meeting—probably because she believes County Administrator Chuck Huckelberry has placed listening devices in the walls, so she needs to work from an undisclosed location.) Manoleas moved on to speak with staffers for supervisors Steve Christy and Sharon Bronson, who told them they'd received the memo. Then he moved on to Elias and his staff. Elias told the detective that he hadn't received the memo, either—but as it turns out, the Democratic supervisor simply requested a new copy instead of calling the cops. Evidently, he doesn't care about rampant crime on the 11th Floor.

Manoleas finally caught up with di Filippo, who was back from lunch. (Miller was much too busy to show up for this wild goose chase she'd launched.) Di Filippo said this was the first time that any mail had gone missing during her time in Miller's employ (two years, which is like a lifetime career in Ally-Land) but that the office had taken steps to prevent any future incidents by taking a mailbox off the outer wall and ordering a slot placed in the office door. That's right: We can't pave roads, but we can put a slot in Miller's door.

Alas, it appears that the investigation isn't going much further, however, despite Manoleas being handed a list of suspects by di Filippo; the detective noted in his report that "Mrs. di Filippo had several theory's (sic) of who might have taken the document or why theirs and Supervisor Elias' was taken, none of which can be proven or disproven as there is no evidence to support it."

OK, mail thief: You got away with it this time—but just know that Miller is on to you!