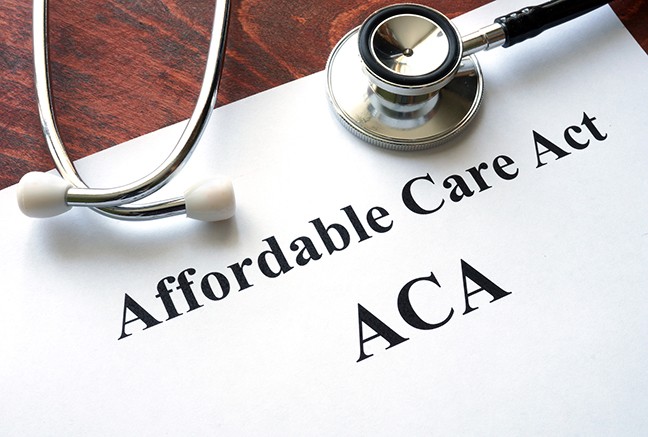 The battle over Obamacare: Republicans want to replace with "something better," while Democrats want to improve the existing law

Jeff Jeans Knew his insurance would not save him when he found out he had throat cancer. He knew that because when his wife had an illness, it cost them thousands out of pocket—about two-thirds of the bill. Jeans and his wife pulled together enough money for his cancer treatment, but without an insurance provider that could cover unforeseen emergencies, no one would treat him.

With a pre-existing condition, he applied for insurance with the Affordable Care Act on March 15, 2012. He was approved a week later.

Last year, Jeans asked House Speaker Paul Ryan during a televised town hall why the lawmaker would repeal the ACA without a replacement. Jeans told Ryan he used to be a Republican who abhorred the ACA, until he got cancer. And when Ryan launched into an explanation of why he wanted to repeal the legislation, Jeans very politely interrupted to say he wanted to thank Barack Obama because Jean's would be dead if not for him.

"My perceptions of healthcare in this country and what it was about were just so wrong," he said. "Until you're in that chair being told you have cancer, you just don't understand."

Jeans says he made a pact with his higher power that day that if he lived, he'd do whatever he could to make sure people like him have the healthcare they need—and for him, that's been the ACA.

Jeans passed though Tucson last week on Care Force 1, a cross-country bus tour sponsored by Protect Our Care, a political action committee that is partnering with other healthcare advocates such as Planned Parenthood to inform people around the country about the votes elected officials have made to undermine the ACA.

Those steps have been dramatic. Republican lawmakers have worked to sabotage the ACA in multiple ways, including the elimination of the individual mandate in an effort to damage the online marketplace where people without access to insurance through their employers can purchase a plan. The Trump administration cut the open enrollment period in half and slashed funding for public awareness efforts that help people sign up for coverage and know their options. Trump has also given the green light to the expansion of junk health insurance plans that don't offer sufficient coverage. And Trump's Justice Department recently supported a lawsuit that essentially seeks to remove protections for people with pre-existing conditions by declaring the law unconstitutional now that the individual mandate has been eliminated by Congress. The lawsuit was filed by attorneys general in a number of states, including Arizona Attorney General Mark Brnovich.

Congressional District 2 Democratic candidate Ann Kirkpatrick, who's called her support for the Affordable Care Act her "proudest vote," joined Care Force 1 last week to talk about the impact the ACA has had on people's lives. She said her own experience of seeing how much care two of her grandchildren needed after premature births showed her the importance of the ACA.

"That's why I voted for the Affordable Care Act, because unexpected medical events happen to families," Kirkpatrick said. "And there are millions of families in this country one medical emergency or event away from bankruptcy."

Kirkpatrick supports changes to the ACA, such as allowing people to buy into Medicare if they can't find affordable insurance on the open market.

Lea Márquez Peterson, Kirkpatrick's Republican opponent, said she supports a full repeal and replacement of the ACA, but has shared few details on what that replacement should be. Márquez Peterson has dodged the press during her campaign and on her website she says that the ACA should be replaced with "a system that works—and that means those with pre-existing conditions need to be able to obtain quality healthcare at a fair price." It's certainly a fine goal but would be more credible if Márquez Peterson would explain her plan beyond a vague generality.

Healthcare is a major flashpoint in the U.S. Senate race between Congresswoman Martha McSally (R-AZ02) and Congresswoman Kyrsten Sinema (D-AZ09). McSally has long been a critic of the ACA and last year, she spurred her fellow Republicans into a vote for a half-baked package by urging them to "get this fucking thing done" behind closed doors. The legislation, which was passed by the House, could have cost millions of Americans their health care, allowed states to create new regulations undoing protections for people with pre-existing conditions and included huge tax cuts for the wealthiest Americans. The bill stalled in the U.S. Senate.

Sinema has been a critic of the ACA, but voted against the bill McSally encouraged her GOP colleagues to support. She would build on the basics of the ACA but seek to lower costs of purchasing plans via the online marketplace.

Congressman Tom O'Halleran (D-AZ01) takes a similar tack as Sinema, saying he believes that the ACA should be improved upon rather than thrown out entirely. O'Halleran voted against the GOP repeal bill in the House last year, but later worked with McSally and other lawmakers in the so-called Problem Solvers Caucus on a compromise bill to temporarily address some of the problems with the ACA—a plan that was never introduced as legislation.

O'Halleran's Republican opponent, Wendy Rogers, supports a full repeal of the ACA, predicting that it will "cripple our existing health care system." She favors replacing it with a "common-sense alternative that increases access, reduces costs for all Americans, protects seniors, incentivizes innovation and the reduction of fraud and waste, and makes our nation's health system more efficient."

So here's the takeaway: Democrats want to improve the law and maintain protections for people with pre-existing conditions, while Republicans support starting fresh but have offered no clear path to how they would do that during their two years in power—and during that time, they've supported stripping protections from people with pre-existing conditions and other sabotage of the ACA.

More »
More The Skinny
All News & Opinion
Comments (2)
Add a comment
Subscribe to this thread:
By Email