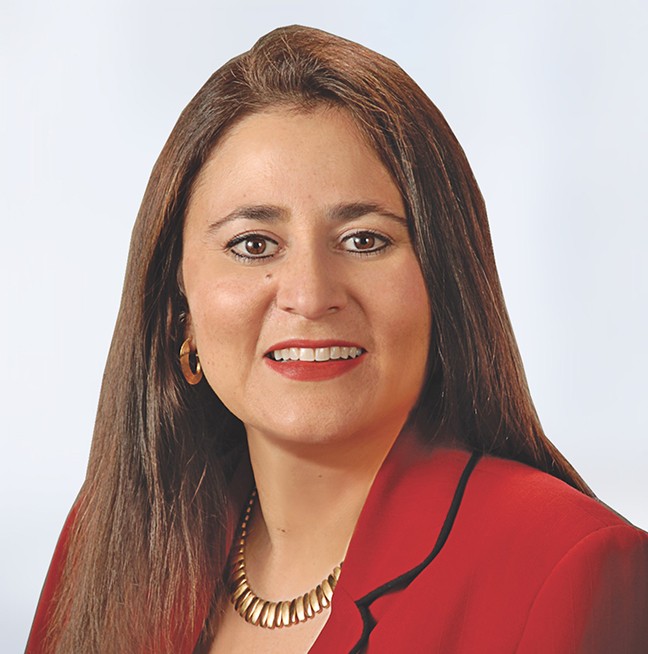 The Ties That Bind

The Trump Administration offered a new—though expected—twist in the saga of migrant children being stripped from their parents: Administration officials want to create new rules that override the 1997 Flores court settlement that limited the detention of minors in federal detention to no more than 20 days.

The Flores settlement was at the heart of the Trump administration's disgraceful strategy of splitting undocumented children from their parents. Since children couldn't be held longer than 20 days but Homeland Security's zero-tolerance policy required keeping their parents behind bars, administration officials decided to split up families. It was a reprehensible strategy that repulsed most Americans, leading to a rare backpedal by the Trump Administration.

So Trump's latest plan is to write new regulations that sidestep the Flores settlement by allowing minors to be held behind bars for indefinitely with their parents.

Democrat Ann Kirkpatrick, the Democrat running in Southern Arizona's Congressional District 2, jumped on the news with a statement to the press: "I am disgusted by the horror of our government separating a child from her parents, especially a very young child. There is a reason our Founders built our constitution on checks and balances, and there is no way we should allow the Trump Administration to avoid judicial oversight of these children. The Department of Homeland Security should be working overtime to reunite families, not looking for loopholes to continue holding them."

"Any effort to separate migrant children from their families is wrong," Márquez Peterson said via email. "At the root of this problem is a broken immigration system and a porous border Washington politicians like my opponent have done nothing to fix."

But when asked whether Márquez Peterson supported keeping children behind bars indefinitely with their parents, campaign spokesperson Chris Scotten declined to answer. Instead, he referenced Márquez Peterson's statement on opposing the separation of families and said simply: "We have already submitted our statement on the issue."

It's fascinating to see Márquez Peterson—a onetime champion of the DREAM Act—unable to answer whether it's OK to indefinitely lock up 5-year-olds. But she's stuck: Her GOP base has no qualms about locking up children, deporting Dreamers to countries they barely know or rounding up dishwashers and maids, all in the name of border security and Making America Great Again. So she can't go against them without depressing turnout among the voters she needs if she's going to win this race—or worse, risking a nasty, campaign-derailing tweet from Trump.

And make no mistake: Trump is hanging over this race and every other competitive congressional race in the country. It's his disapproval rating that is driving the wide margin (9 percentage points in polling averages this week, according the statistical gurus at FiveThirtyEight.com) between those who want Democrats in control of Congress and those who want Republicans in charge of Congress.

Those are the kinds of numbers that precede a major wave election, which is reflected in what political prognosticators are saying about AZ02.

FiveThirtyEight's Nate Silver's forecast for AZ02—which is one of the most competitive seats in the country—puts Kirkpatrick as the favorite in the race, with a 93.6 percent chance of winning. That assessment is in line with The Hill's Inside Elections with Nathan L. Gonzales, who puts the race in the "tilt Democratic" column, and the forecast at RealClearPolitics.com, which puts it in the "lean Dem" category.

But pollsters and forecasts aren't always right—that's why we hold elections, as they say. And the NRCC isn't walking away from AZ02. They've even resurrected Sen. John McCain in the form of a TV ad that recycles footage from McCain's 2016 campaign against Kirkpatrick, in which McCain says that Kirkpatrick will not fight against higher taxes and more government spending. (The McCain family, through a spokesperson, said it was "unfortunate that the senator's image is being weaponized this election season. They hoped that there would be more respect, especially so soon after his passing.")

Whatever you may think of the NRCC's decision to use a virtual McCain to make their case, the presence of the D.C. strategists tells you that they're not giving up on AZ02.

It appears to be a different story over in AZ01, the other competitive district that dips down into Southern Arizona by way of Oro Valley and Marana, but also includes most of rural Eastern Arizona as well as a lot of Northern Arizona, including Flagstaff and the Navajo and Hopi nations.

Democratic Congressman Tom O'Halleran is facing Republican Wendy Rogers, who has lost her last three races for Congress but still complains about "professional politicians." (Wendy, when you run for office every two years and keep losing, you're also a politician—just a bad one.)

The gang at FiveThirtyEight.com gives Rogers a 1-in-50 chance of victory, while both Gonzales and RealClearPolitics have the race in the "Lean Democratic" column. But unlike AZ02, the NRCC isn't yet buying any ads in this district while Rogers is getting hammered in a DCCC ad that features footage of her saying she believes the Social Security program is unconstitutional and how she'd "like to see it phased out"—words that will kill a candidate's chances even among GOP voters.

Lea Márquez Peterson is a far better candidate than Wendy Rogers, but her unwillingness to answer basic questions about her positions doesn't make her an outsider who is above Washington politics.

It just makes her another politician who is afraid to take a stand.

More »
More The Skinny »
All News & Opinion »
Comments (5)
Add a comment
Subscribe to this thread:
By Email