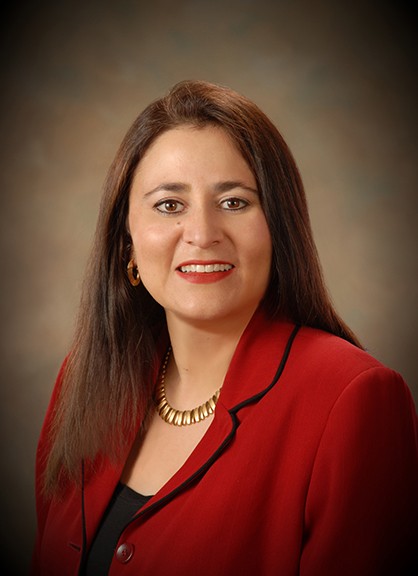 Courtesy
Lea Márquez Peterson is a tough lady to find nowadays (unless you’re a campaign donor).

Will Ann Kirkpatrick pull out a victory in the crowded Democratic primary? And who put a muzzle on Lea Márquez Peterson?

On Paper, Ann Kirkpatrick should be running away with Southern Arizona's Congressional District 2 Democratic primary. The former congresswoman has raised far more than any other candidates—nearly $1.8 million as of June 30. She has the endorsement of Gabby Giffords and Ron Barber, the two previous Democrats to represent the district. She has a political consultant, Rodd McLeod, who repeatedly helped both Giffords and Barber win the highly competitive district. Thanks to her fundraising and experience, she has Democratic Congressional Campaign Committee backing, as well as plenty of D.C. patrons. She has five or six opponents—depending on whether you count the kid whose press conference to defend himself from rape allegations turned into a shitshow for the ages—who should be splitting the vote against her.

Kirkpatrick may very well come out ahead on Election Day, but she's certainly struggling to catch on among the most vocal Democratic activists in CD2. Part of that reflects on her history as a moderate Democrat who upset environmentalists with her support of a mining project near sacred Apache land in the Oak Flats area; part of it is lingering suspicion that Kirkpatrick, who owns a home in Phoenix with her husband, is only in Southern Arizona because she saw an opportunity to run for Congress.

She's also taking fire from fellow candidate Matt Heinz, who lost badly to outgoing incumbent Congresswoman Martha McSally when he ran against her two years ago. Heinz's poor showing in that race has made it challenging for him to raise dollars for this one; he's loaned his campaign $375,000, or more than 40 percent of the $854,000 he has raised this year, according to FEC reports.

The negative ads on both sides strain credulity for the most part. Kirkpatrick isn't planning on repealing the Affordable Care Act and Heinz supports sensible gun regulation. Heinz does have one point right: Kirkpatrick sucked up to the NRA when she found it politically convenient while representing rural parts of the state where gun rights are more popular, but she says that the 2011 mass shooting at Giffords' Congress on Your Corner event made her change her mind about gun regulation. Despite that, Kirkpatrick was rated at 93 percent in 2012 by the NRA, while the Brady Campaign To End Gun Violence called her an NRA lapdog in 2014. Granted, the NRA doesn't seem all that fond of Kirkpatrick anymore, as her grade when she ran against Sen. John McCain in 2016 had dropped to 21 percent and her grade is down to 7 percent this year—and she does have that Giffords' endorsement.

We'll see how the negative campaigning impacts the race on Election Day, but it could rebound in favor of one of the other candidates. Mary Matiella has a pull-yourself-up-by-the-bootstraps biography as a local girl who attended college at a time when many Latinas did not and rose all the way to a civilian position at the top of the Pentagon accounting arm, while Billy Kovacs has acquitted himself well in his first run for office. Both, however, as discovering that when you decide to launch your political career with a congressional run, you don't have the type of network that you tap for a major fundraising effort. Matiella, who has picked up endorsements from Congressman Raul Grijalva as well local officials such as Pima County Supervisors Sharon Bronson and Richard Elias, had raised about $250,000 for her campaign, which is respectable for a political rookie, while Kovacs had less than $72,000. But even a quarter-million dollars does not make for a warchest that will fund a robust primary campaign that includes television and radio ads, mailers and phone banks—and either candidate would have to scramble in the short time between the primary and the general to have the kind of money they'd need to take on the likely GOP nominee, Lea Márquez Peterson, who has raised $707,000 and was still sitting on more than a half-million dollars as of June 30. Marquez Peterson needs to spend relatively little to win her primary against her little-known primary opponents, Brandon Martin, Casey Welch and Danny Morales.

Speaking of Márquez Peterson: She has virtually vanished when it comes to talking to the press. Once easily available for comment, she's ignored multiple requests for an interview about her political positions in this race, most likely on the advice of some political consultants who have told her to keep her mouth shut unless she's on the phone raising money. It's hardly surprising, though, given how critical she was of Donald Trump before he won the presidency—and explaining that in a GOP primary would be troublesome.

Still, Márquez Peterson, who has built a vast political network as president/CEO of the Tucson Hispanic Chamber of Commerce, would be formidable candidate should she win the GOP primary. Her biggest liability will likely be Trump himself; across the country, in special election after special election, Democrats have been coming close to knocking off Republicans in deep red districts. In one as competitive as Congressional District 2, a swing of 10 to 15 percentage points in favor of a Democrat could make the path to victory a cakewalk.