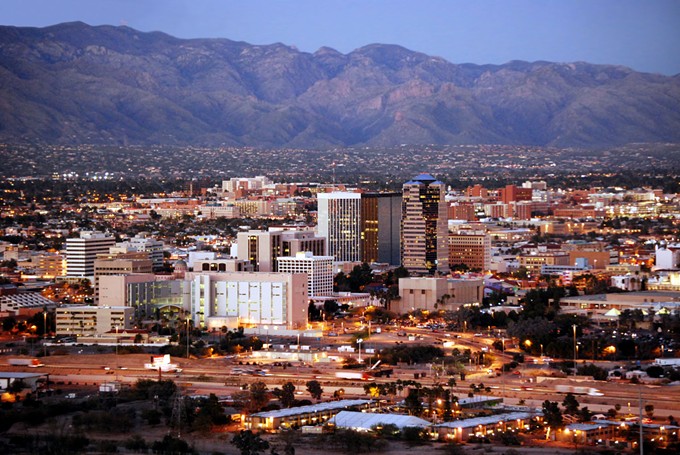 Courtesy photo
Downtown Tucson is on the rise.

Rio Nuevo gets another 10 years in business

Rio Nuevo got off to a rough start (to say the least), but most anyone with half a brain can see that the district is playing a key role in downtown's revitalization efforts. A few examples: The new AC Marriott downtown was made possible by support from Rio Nuevo (and other planned downtown hotels may also spring up with similar assistance). The board has done $12 million in improvements to the Tucson Convention Center, which helped bring in our playoff bound Tucson Roadrunners hockey team. Rio Nuevo worked with Pima County to bring in Caterpillar and hundreds of good jobs; a partnership with the city of Tucson is aimed at improving the outcome of the upcoming Broadway widening.

The bill that Ducey signed last week means that Rio Nuevo will remain in business through 2035 rather than expiring in 2025. And that means that Rio Nuevo can continue to hang onto a portion of the sales tax generated inside the district instead of sending that money to the State of Arizona. Board Chair Fletcher McCusker estimates that additional revenue to invest in downtown could be as much as $150 million—and if that's properly leveraged, maybe another billion dollars in development.

When The Skinny reported about the Rio Nuevo bill a few weeks ago, we mentioned that Pima County County Supervisor Ally Miller was doing her best to torpedo the legislation, but her fact-challenged assertions worked against her once lawmakers learned she was giving them misinformation about what the Rio Nuevo board has been doing.

Miller's pushback against the legislation has finally brought her antics to the attention of local car dealer Jim Click, who had previously supported her. She can kiss that goodbye for her future campaigns for office.

That doesn't mean that Miller will be easy to beat. She's still enjoys the support of the rank-and-file Republicans who turn out in GOP primaries these days. But her ongoing efforts to thwart efforts to find funding to fix roads, combined with her frequent campaigns against economic development, is finally awakening the business community to the problems that having Miller on the board creates. It's something that nearly everyone who works with her figures out sooner or later. Just ask fellow Republican Supervisor Steve Christy, who tried to work with her after he took office last year. He's finally figured out that if you're a frog, you shouldn't offer a scorpion a ride across the water.

The business community has two years to find a reasonable Republican to run against her, but Miller should know that the hunt is on—and she better start looking for new political patrons, because many of the old ones won't be writing checks next time.