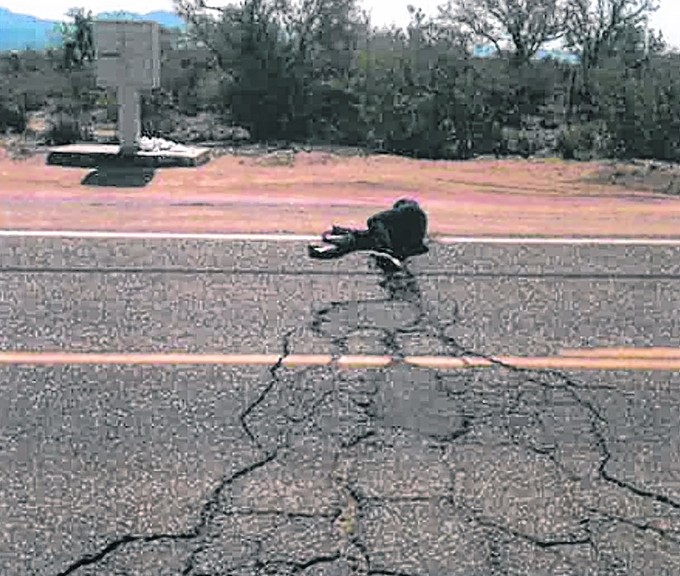 With bipartisan support, a bill to extend the life of downtown Tucson's Rio Nuevo district has passed the Arizona House of Representatives, and is now moving through the Senate.

Rio Nuevo—a term that became synonymous with scandal during the first decade of this century—is now run by a board appointed by the governor and legislative leaders. In recent years, the district has been a vital factor in the ongoing (and long-awaited) revitalization of downtown Tucson.

The main opponent of the legislation: Pima County District 1 Supervisor Ally Miller. Miller has a history of making delusional statements about Rio Nuevo. Remember when she claimed a letter that she penned to the FBI launched an investigation into Rio Nuevo's books, when in reality it was a request from the Arizona Attorney General's Office for some forensic accounting assistance?

Once again, Miller's feverish imagination is running wild as she seeks to end Rio Nuevo. It doesn't matter that district has seen tax revenues soar in the downtown core, or that more people than ever are enjoying downtown Tucson, or that the district has aided the development of a new hotel (with more on the way); made a deal that helped lure Caterpillar to Tucson; improved the Tucson Convention Center to pave the way to bring the Tucson Roadrunners hockey team here; finally got a project started on the old Thrifty block on Congress Street that was a vacant lot for more than a decade; found a new home for the Greyhound Bus station; and is now working to improve Broadway between downtown and Country Club in order to revitalize the Sunshine Mile as part of the widening plan for the corridor. (There are more wins in recent years for Rio Nuevo, but you get the idea.)

Miller, who is always unhappy when things go right in Pima County because it undercuts her narrative that we're living in the fourth circle of hell, focused her complaints on the notion that Caterpillar isn't even building it's promised $43 million headquarters.

But Fletcher McCusker, the chair of the Rio Nuevo Board, easily countered that argument by showing lawmakers photos of the construction site.

"Apparently, she hadn't gotten out of her office," McCusker says. "All you have to do is drive to the site and you'll see a foundation being built and plumbing going in."

McCusker says the construction has taken a bit of time because there was a landfill on the site that required remediation, which took six months to haul away 25,000 truckloads of trash. But Caterpillar already has 450 employees in Tucson, with plans to add another 300. The company has already outgrown the office space it leased from the county and has found additional space in the office tower at 1 South Church.

McCusker is baffled by Miller's crusade against Rio Nuevo.

"Everybody in the rest of the town—and in the state, really—celebrates our downtown," McCusker says. "It's really quick remarkable what has happened. In spite of that, Ally decided we should be put out of business and we're corrupt and just a bunch of cronies who only do deals with our friends and the whole thing is a big scam."

House Bill 2456, which passed the House on a 38-17 vote, would extend the life of Rio Nuevo for an additional 10 years, or through 2035. That means that district's tax-increment financing program, which essentially allows Rio Nuevo to hang onto half the state sales generated in the district above the level collected in 1999, will continue to provide seed money for a variety of projects. There are a few other provisions in the legislation; if Rio Nuevo sells a property it owns, the proceeds will go into the state's pension funds, and any property that it still owns in 2035 would revert to the State Land Department.

The bill is scheduled for a hearing in the Senate Commerce and Public Safety Committee on March 12.

Miller, who did not return phone calls from Tucson Weekly, is having a hard time convincing Republican lawmakers to support her latest efforts to keep Tucson shitty. That's partially because the legislation has been championed by state Rep. Mark Finchem, a conservative GOP lawmaker from Oro Valley who's been a Miller ally in the past. Finchem says he's no fan of tax-increment financing, but in this case, the TIF exists and—since a new board took control a few years back—there's a lot getting done downtown.

"Seven or eight years ago, I never went to downtown Tucson," Finchem says. "I avoided it. Today, it's been a 180-degree turnaround."

As for the complaints from Miller? Finchem says simply: "We'll just have to agree to disagree."

More »
More The Skinny »
All News & Opinion »
Comments (13)
Add a comment
Subscribe to this thread:
By Email