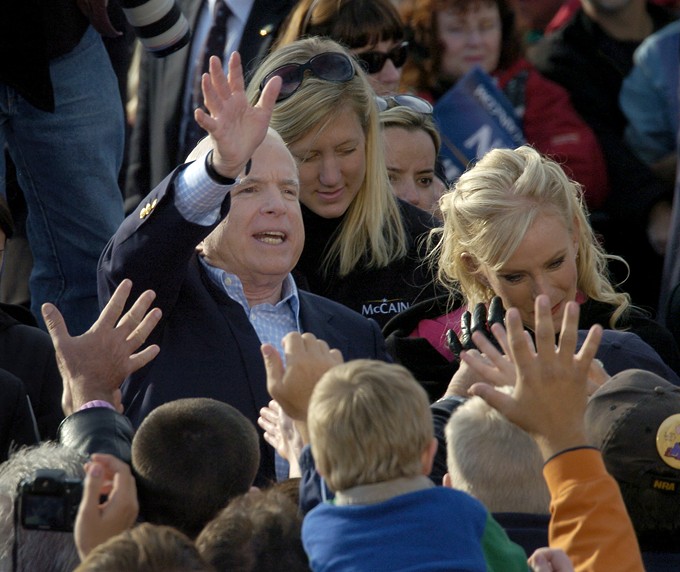 BigStock
Will the ol’ maverick surface and save America from a $1.5 trillion increase in the deficit?

Who would have thought that the fate of the Senate tax giveaway would rest on the shoulders of Arizona Sens. John McCain and Jeff Flake?

Yet here we are: The Senate is planning to push a massive, partisan tax cut for the richest Americans through the Senate in as little time as possible. The GOP's Senate plan would increase the deficit by a staggering $1.5 trillion dollars over 10 years; would raise taxes on many middle-class Americans; would hike taxes on college students; and carve new loopholes into the tax code instead of removing them. (Tax breaks for private jets, really? That's clearing the barnacles off the tax code?)

McCain has proven that he'll sink a major GOP initiative with his vote against the half-baked healthcare plan earlier this year. And he voted against the Bush tax cuts in 2001 and 2003, fearing that the benefits would largely go to America's wealthiest and the deficit would explode—which, by the way, is exactly what happened. And it's what's going to happen with this package, too, so it's possible that the old McCain will re-emerge for this vote, although he's been making supportive noises about cutting taxes this week.

Flake is among the senators who are expressing concern about the way the plan will increase the deficit—especially because the way the Senate has set up the legislation, lawmakers will either have to raise taxes on middle-income Americans in 10 years or the cost of the proposal rises even more. And since GOP senators are already promising that no politician would allow taxes to rise on middle-class Americans, it's obvious they're just gaming the system to keep the technical cost within the arcane rules of budget legislation, so the deficit is going to increase by even more than the projected $1.5 trillion.

Given how much Republican lawmakers squawked about the deficit while President Barack Obama was in office, it's a bit astonishing to see how little they care about it today—but in the end, this legislation shows they are far more concerned about helping out corporate interests and the wealthiest of the wealthy than they are in balancing the budget, improving health care, dealing with undocumented youth or handling any other other real problems facing most Americans.

It appears that voters have caught on to the sham here, though. The tax bill is remarkably unpopular. A recent survey of 400 Arizona voters by Hart Research Associates showed just 26 percent of Arizonans approved of the tax plan, while 44 percent are opposed. More than half of those surveyed, 52 percent, believe the plan will primarily benefit the wealthy. And 51 percent of Arizona Republicans say it's more important to reduce the deficit than pass an across-the-board tax cut. Those numbers mirror national polls that are showing that the idea of borrowing money to cut taxes for people at the top of the food chain isn't something voters are clamoring for.

But don't expect Rep. Martha McSally to raise a peep about the budget-busting nature of this giveaway. McSally, who has her eye set on the Senate, eagerly voted in favor of the House version of this bill. How bad does McSally want to make that leap to the Senate? She tweeted out a photo of herself in President Donald Trump's embrace, raising a big thumb's up at the thought of borrowing more money to give away to millionaires and billionaires.

Speaking of Rep. Martha McSally's plans to move on to the Senate: We hear the big contenders on the GOP side are Lea Márquez Peterson, the president and CEO of the Tucson Hispanic Chamber of Commerce, and former state lawmaker Ted Vogt, who is now working as executive director of the Arizona Corporation Commission.

On the Democratic side, there's already a full lineup with Ann Kirkpatrick, the former representative of Congressional District 1; former state lawmakers Matt Heinz and Bruce Wheeler; Mary Matiella, a former assistant secretary of the Army; and Billy Kovacs, a hotel manager making his first foray into politics.

But if McSally does indeed give up the seat and run for the U.S. Senate, there's another Democrat who is thinking about getting into the race: Pima County Supervisor Richard Elías. If Elías enters the race, it will likely spell trouble for Matiella, if Congressman Raul Grijalva decides to shift his endorsement to his old friend on the Pima County Board of Supervisors.

More »
More The Skinny
All News & Opinion
Comments (14)
Add a comment
Subscribe to this thread:
By Email