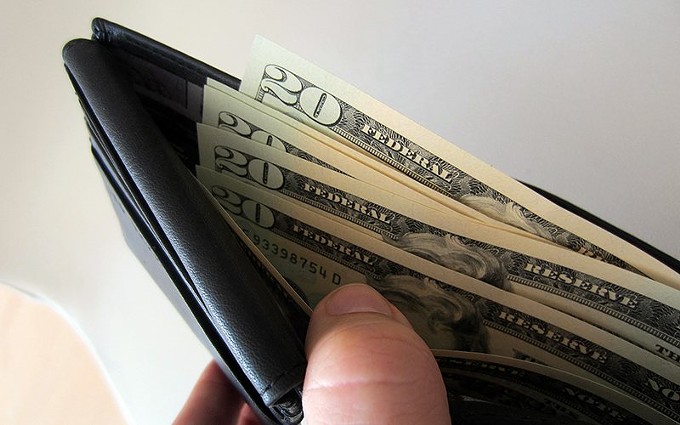 The referendum effort to require voters to approve the income-tax cut qualified for the November 2022 ballot, according to the Secretary of State’s office.

Now, there are those who will say that people who bring home more than a half a million a year simply deserve a tax cut that’s 187 times higher than the shmucks who make somewhere around the state’s median income—after all, how else will the upper crust surprise a spouse with a Lexus in the driveway this Christmas?

But The Skinny finds it absurd to give away a billion dollars a year to people who have prospered despite a worldwide pandemic when there are plenty of things the state could do with that dough, from investing in highways to addressing affordable housing to improving schools. (Although the whole “improving schools” thing is a tough sell since the state actually limits how much we can spend on education annually—wouldn’t want those teachers getting into a bracket where they could afford to send their own kids to college, right?)

We’ll have plenty of time to explore this topic in-depth between now and November 2022, assuming the measure stays on the ballot.

But that’s not a sure thing. You can bet the ruling class—represented by the fat cats at the Free Enterprise Club—will be fighting whitened tooth and manicured nail to get it kicked off the ballot. They’ve already filed a pair of lawsuits, including one that says the peasants simply don’t have the legal right to challenge this massive giveaway. Wonder why they’re so desperate to prevent the people from voting on this? Could they suspect it’s enormously unpopular?

Independent candidate Val Romero seems to have lost some of his aloha spirit following his loss to Ward 6 City Councilman Steve Kozachik earlier this month. Romero, a political unknown and grill salesman, got blown out by The Koz by 30 percentage points.

Granted, the deck was stacked against Romero from the jump. With one exception, you’d have to go back more than half a century to find examples of elected Democrats losing council seats in a normal election cycle. Sure, Republicans have won open seats, Democrats lost seats in a recall election way back in the 1970s and appointed Democrats have lost in primaries, but sitting elected Democrats almost never lose. The one exception was 2009, when Kozachik—then a Republican—defeated one-term Democrat Nina Trasoff. Koz then began an entertaining feud with the looney Republicans in the Arizona Legislature before finding a new home in the Democratic Party.

Kozachik is blunt and says what’s on his mind. He’s popular enough that in his last two elections, he’s foregone fundraising and hasn’t bothered much with traditional campaigning—his own idiosyncratic method of getting the money out of politics. (This year Koz did enjoy support from an independent campaign whose donors ranged from car dealer Jim Click to former Democratic mayoral candidate and downtown developer Randi Dorman.)

The point is: Val was starting from a hole and he just kept digging. He made no effort to court crossover voters and instead made high-profile appearances at anti-mask and anti-vaccine demonstrations, which are hardly popular among Tucson’s Democratic base.

So it’s hardly a surprise that the race wasn’t even close.

Once the final results were released, Romero addressed a dozen or so supporters he generously referred to as “our base” with a promise of future political victories.

He and his campaign manager then regaled the crowd with various vague allegations of a stolen election and said they weren’t going to concede because the anomalies meant they were cheated of their rightful win.

Not that they want to pursue legal action about these anomalies. They saw what happened with Cyber Ninjas and they know it’s a lost cause. But next time, they want their campaign volunteers to be part of the tabulation team—which is not how any of this works, but whatever.

Quit living in fantasyland, Val. If you lose by 30 percentage points, it’s not a rigged election. You just suck. And your inability to man up and face your loss makes you even more pathetic.

Koz was his usual blunt self when he responded to Romero’s claim of a stolen election.

“If Val really believes there were anomalies, he and his little group of science deniers should run up and get the Cyber Ninjas to look into it,” he said. “It would keep his clown show going and continue the embarrassment that the whole ‘election fraud’ narrative has been for Arizona. In the meantime, my staff and I have work to do.”

The Skinny: Hulking Out: Does Ducey have a rage monster inside of him?