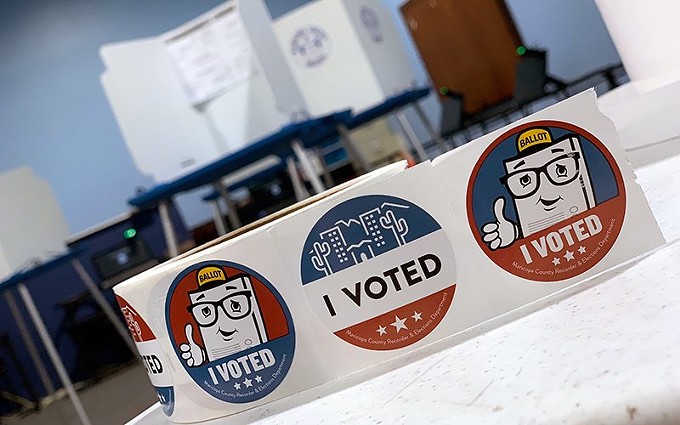 There were no surprises in last week's primary election. Tucson City Councilman Steve Kozachik easily dispatched his two Democatic primary challengers in midtown Ward 6, while Kevin Dahl beat Juan Padres in the race for an open seat in north-central Ward 3.

Kozachik had more than 57% of the vote, while Miranda Schubert had 27% and Andres Portela had 15% in the Democratic primary.

"My staff and I work hard at building relationships," Kozachik said after the results were announced on Tuesday, Aug. 3. "That is important in our community. My team and I are grateful to the community for their support."

Schubert, an academic adviser at the UA who was making her first run for public office, said she remained "fully committed to advancing the ideas we discussed throughout this primary season."

Portela, a housing advocate who previously worked for Ward 1 Councilwoman Lane Santa Cruz, said the result wasn't what he hoped for, "but I'm forever grateful for those who supported me."

Kozachik, who isn't raising money for his reelection bid, now faces independent candidate Val Romero. Kozachik came out swinging against Romero in an email to supporters earlier this week.

"Romero says his campaign mantra is 'unity in the community.' What does that look like?" Kozachik asked in his email. "He was out front on a Recall Romero (our Mayor) campaign, has called for the recall of every sitting City Council member, is openly critical of the TUSD school board for their mask policy, has denigrated Pima County for supporting the arts, and has marginalized our African American community with derogatory comments he made about the importance of our CROWN Act respecting natural hair styles. That's Val Romero's idea of 'unity.'"

Romero did not respond to Kozachik's comments as of The Skinny's deadline.

Dahl, who focused his campaign on responding to climate change, said he was pleased with the results.

"I think one thing it shows is that Tucson voters understand that climate change is not just an issue that will affect the environment and our water supply, but it will impact people, especially those who can least afford to respond," Dahl said.

Padres congratulated Dahl on his victory, saying his opponent "ran a solid campaign."

There's no incumbent in the Ward 3 race as Councilman Paul Durham stepped down earlier this year and Karin Uhlich, who was appointed to replace Durham, did not run for the seat.

Dahl is set to face Republican Alan Harwell Jr., who got enough write-in votes to land a spot on the general election ballot, and independent candidate Lucy LiBosha in November.

In Ward 5, Councilman Richard Fimbres faced no primary opposition and will face no opponent in the November general election.