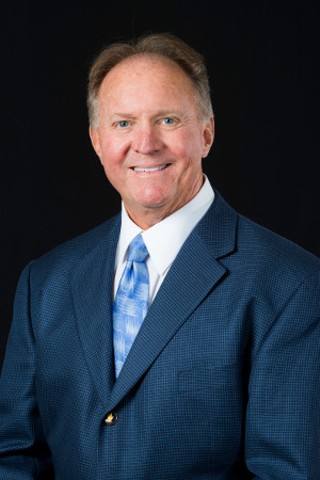 Pima County Supervisor Steve Christy cited a bogus study making its way around right-wing websites when he made a run at lifting Pima County's mask ordinance at last week's board meeting.

Christy's motion died for lack of a second.

In justifying his push to lift the ordinance that requires Pima County residents to wear face masks in public when they can't physically distance from other people (and also requiring businesses to ask customers to wear masks), Christy cited a study he said was from "the Medical Center at Stanford University" that purported to show that wearing masks did nothing to stop the spread of COVID and could in fact be hazardous to people's health.

Christy asked Dr. Francisco Garcia, the county's chief medical officer, if he was familiar with the study.

Garcia said he was aware of that study and "the variety of different studies that come to different conclusions." Garcia added that the Arizona Department of Health Services has advised that wearing marks is an effective "mitigation strategy against the coronavirus."

"I guess these Stanford guys don't know what they're talking about," Christy responded.

But as it turns out, Christy appears to have been hoodwinked by the alleged Stanford study, which has been making the rounds on right-wing websites and social media.

An AP fact check reveals that the study is bogus.

"In reality, the study is not affiliated with Stanford and is based on debunked claims about face masks, including the false notion that wearing a face covering decreases oxygen levels and increases carbon dioxide levels," AP reported.

Titled "Facemasks in the COVID-19 era: A health hypothesis," the study was first published in the medical journal "Medical Hypotheses." One doctor who blogs about medical misinformation told AP that the journal published "fringe science and hypotheses."

The study's author, Barach Vainshelboim, claimed to be affiliated with Veterans Affair Palo Alto Health Care System, but a spokesman for the agency told AP no one with that name worked there. Likewise, a Stanford spokesman told AP that Vainshelboim had never been employed by the university, although in 2015, "he was a visiting scholar at Stanford for a year, on matters unrelated to this paper."

Likewise, PolitiFact said the "paper about mask wearing was not from Stanford and makes false claims."

Asked about the paper, Christy said he thought it was legitimate because it was published on the website of National Center for Biotechnological Information website, which is a branch of the National Institute of Health.

"The study was sent to us," Christy said. "We found no reason to doubt something published on the NIH website."

After Christy's motion to lift the mask mandate failed, Supervisor Matt Heinz said Christy was right about most face masks not stopping viral particles, but pointed out that the masks do block many of the respiratory droplets that the virus will catch a ride on.

"You're not worried about the virus itself flying around," said Heinz, a medical doctor. "That's not how this virus is really transmitted. It's transmitted via respiratory droplets—these itty bitty droplets of respiratory water that people exhale when they cough or they sneeze."

After the meeting, Heinz said "junk science" studies like the one Christy cited add to the public's confusion.

"It really highlights the problem with convincing people who to trust and then getting that trusted information out there," Heinz said. "And then the problem is, sometimes when you get the correct information out there from a trusted source, there's just so much other contamination, like this junk science study that was cited, that it makes it very, very difficult for people."

Heinz said he believes medical misinformation about the dangers of vaccines was responsible for vaccine hesitancy in the community, which in turn made it harder to reach herd immunity and further reduce the spread of the virus.

Heinz said he could understand how Christy could have fallen for the bogus study.

"It could trick anybody," Heinz said. "It could especially trick people who don't have a background in health care. But that's why it's incumbent on us as public officials to make sure that kind of information is solid and supported."

Pima County officials say the mask mandate will remain in place until the county reaches less than 10 new cases per 100,000 residents for two consecutive weeks. As of the week ending April 18, new cases were being diagnosed at a rate of 55 per 100,000, according to UA epidemiologist Joe Gerald.

More »
More The Skinny »
All News & Opinion »
Comments (12)
Add a comment
Subscribe to this thread:
By Email