The Pandemic Laid Waste To A Year Of Sports, From The Big Leagues to High Schools 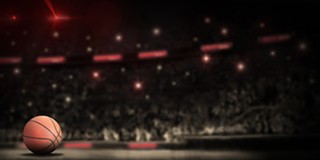 In the first round of the Pac-12 Men’s Basketball Tournament, exactly one year ago today, the wildly disappointing Arizona Wildcats had pulled out a wildly disappointing seven-point victory over the last-place Washington Huskies. (The Cats, with their three freshman stars, had been a sexy pick to be among the top five teams in the country. They ended up finishing tied for fifth in the Pac-12.)

Still, they had made it to the second round and had a chance to make some positive noise. The night before, with the COVID-19 winds beginning to blow, the Pac-12 had announced that Thursday’s games would be played in a basically empty arena. But before the games could get underway, the Conference canceled the rest of the tournament. Later that day, the NCAA announced that it was canceling all sports for the rest of the school year.

While the UA men’s season had been a dud, the women’s basketball team had arrived on the national stage in a big way. They were drawing huge crowds to McKale Center, beating highly ranked teams Oregon State and Stanford(!), and had set themselves up to host the first two rounds of the women’s NCAAs. And then the curtain came down.

Perhaps most frustrating was what happened to the Pima College women. For most of the past decade, the team representing the Arizona Community College Athletic Association (ACCAC) in the national championship was either Pima or Mesa CC. They played each other for the ACCAC crown almost every year, with the home team winning every year until 2020. That’s when Pima had to make the trip to Mesa and absolutely smacked the T-Birds.

The national junior-college governing board delayed the playoffs, put them off some more, then finally canceled them. It was brutal.

For sports lovers, March 12 was The Day the Music Died. We went from a cornucopia to a bare cupboard in the blink of an eye. There was no easing into it, no way to prepare for the sudden emptiness. And the worst thing of all was the grim realization that while we were whining about not being able to watch a ballgame on TV, people were starting to die.

If I am somehow blessed with another 20 or 30 years on this Earth and I am asked to recall my most vivid memory of the Pandemic of 2020, may the Heavens forgive me because it will not be about political atrocities or an endless cascade of facts and tragic figures, but rather about sports. Or, more precisely, about the sudden and jarring absence thereof.

The best sports day of the year is actually two of them. The first real day of the NCAA Men’s Basketball Tournament is sports nirvana. On Thursday of the first week of the Tournament, 32 teams square off in 16 games that invariably feature stunning upsets, nail-biters, crazy finishes and heartbreaking near-misses. And then, the next day, they do it all over again with the other 32 teams in the Tournament. It’s better than the Super Bowl, the Kentucky Derby and every soccer game ever played, combined.

My favorite sports event of the year was wiped out in an instant. But we were told that all we had to do was stay at home for two or three weeks and the virus would disappear, right? We could have May Madness.

But the days became weeks and the weeks became months. The absence of sports on TV was amplified by the shutting down of local sports. The UA women’s softball team was looking like the old days, in the Top 5 nationally and absolutely rolling. The women’s golf team was looking to win its second national championship in three years. The men’s baseball team was good and the men’s golf team was on the rise. All gone.

The Pac-12 and Big 10 originally canceled the fall football season, foolishly expecting the other major conferences to go along with the safety measure. But they forgot that, down South, people worship gun racks, certain types of crosses and college football. The ACC, SEC, and Big 12 plunged ahead with their seasons, leaving the Pac-12 and Big 10 to scramble to catch up. Arizona didn’t play its first game until November. The Cats led Pac-12 South champion USC with less than two minutes to go and then…the rest of the game and rest of the season got wiped away by the Men In Black.

The high schools had a patchwork of success. Most got in cross country and swimming seasons. Volleyball sorta happened, but football was a mess. Some teams got in nine games, others three or four. The COVID-19 splatter pattern on prep sports was random and insidious. The Ironwood Ridge girls’ golf team won the state championship, but the football team only got in two games before closing down. The Nighthawks’ boys’ basketball team has a shot at state, while the girls’ squad shut down after three games.

In calculus terms, over the next few months, sports should approach the way things used to be as a limit. That’s the best we can hope for.

I’m really sorry that sports were so important to me during a pandemic. And I’m extra sorry that, during that pandemic, I stayed up way past midnight to watch live broadcasts of the Korean Baseball League.

EXTRA POINTS: Former University of Arizona point guard T. J. McConnell had one of the greatest nights in NBA history, accomplishing a feat that had only been done five other times in the 70-plus history of the league. Playing for the Indiana Pacers, McConnell had a rare triple double with 16 points, 13 assists, and 10 steals. Almost all triple doubles at any level of basketball are of the points/rebounds/assists variety. McConnell, who didn’t even start the game(!), set an NBA record with nine steals in the first half. He even had steals on five consecutive Cleveland possessions. And his 16 points came on a perfect 8-8 shooting. The reason McConnell is in his sixth year in the NBA while other, higher-profile players who used the UA as a one-year stopover are now playing in Kyrgyzstan or someplace, can best be summed up by this from opposing coach of the Cleveland Cavaliers, J.B. Bickerstaff: “McConnell earned it tonight. He’s a pest all the time. He’s super competitive all the time.”

…While no northwest big schools advanced to state in either boys or girls basketball (that may be a first), the area will be represented in the soccer playoffs. Ironwood Ridge’s girls team finished 12th in the final Power Points rankings and take on No. 2 Catalina Foothills tonight, Wednesday, March 10. The Canyon Del Oro boys finished 12th in the 4A boys rankings and opened the State playoffs with a game at Notre Dame Prep. … In the 3A ranks, Pusch Ridge saw their boys basketball team and boy soccer squads advance to state.