The Old and the New

Two building proposals in historic areas have some neighbors delighted, and others concerned

Incorporating a large 21st-century structure into a historic setting can be a daunting task.

Two local proposals offer contrasting solutions to the challenge—but both a student-housing project near the UA and the new headquarters of Tucson Electric Power have their critics.

"There are different philosophies," says architect Bob Vint about designing a modern building that is surrounded by historic architecture. "One is to try and blend in by matching what's there. That approach is favored by many local historic districts, but it doesn't really comply with the secretary of the interior's standards for historic preservation."

"The other approach," Vint says, "is to contrast the design (with its historic surroundings) completely. The building says, 'I'm new.' That has its merits, but it shouldn't scream, 'Look at me!'"

Vint is the architect for Memorial Complex, a six-, nine- and 11-story residential unit proposed for the northeast corner of Euclid Avenue and Fourth Street, within the boundaries of the West University Neighborhood.

The project is also located in the West University Historic Zone, a city of Tucson overlay that establishes height and design guidelines.

Immediately around the site, the Geronimo Hotel commercial development and many of the other two- and three-story buildings date from the 1920s; however, an adjacent parking garage is newer and somewhat taller.

Vint says his design for Memorial Complex relates in some ways to Tucson High School, which is down the street a few blocks. He also thinks the project has several advantages; for example, the proposal would save two of the four old buildings currently on the site, and the residential historic building would be rehabilitated using revenue from the new complex.

However, there are significant neighborhood concerns about the Memorial Complex proposal. Some residents fear additional traffic and parking demands; they also don't like the project's substantial size and the loss of two historic structures.

"Those concerns are stumbling blocks," suggests West University Neighborhood Association president Chris Gans, "but I like the design. It's big and tall, but look at the massing along Euclid. (All of the space) is getting filled in."

Gans hopes the neighborhood association can review the proposal next month; Vint anticipates the City Council will make a final decision sometime this summer.

Meanwhile, the new TEP building is apparently on a fast track toward construction. It is proposed for the former site of the Santa Rita Hotel on Broadway Boulevard between Scott and Sixth avenues, a location just outside of the Armory Park Historic Zone.

When the original Santa Rita opened on the same block in February 1904, the Tucson Citizen used terms like "splendid" and "luxuriantly picturesque" to describe its Mission Revival architecture.

"The building is of rock and brick and plaster," the Citizen reported upon the hotel's opening, "with four stories proper and the center wing, including a roof garden of six stories."

On its Web site, TEP calls its proposed structure "the greenest office building in Tucson." It will be nine stories tall, with a three-story above-ground parking garage behind it. The southern part of the lot is currently planned as open space, with uses yet to be finalized.

The contemporary architectural design for the building appears to have made no concessions to its historic surroundings, including the 1901 Carnegie Library across the street, which is now the Tucson Children's Museum.

Despite that, Chuck Bressi, who owns the Royal Elizabeth Bed and Breakfast near the site, loves the plans.

"They took a dead piece of real estate and are bringing life to it," Bressi says. "What a way to revitalize downtown."

Bressi says he would have preferred to see three or four different concepts for the project instead of just the one offered by TEP, but Bressi adds that he can live with that TEP decision.

"It should look like a 2010 building," Bressi concludes of the design.

However, local historian Ken Scoville is greatly disappointed with the proposal.

"It looks like just another office-park building," Scoville declares. "It's just ho-hum."

Scoville thinks TEP should have looked to the original Santa Rita Hotel for inspiration.

"It transitioned from the street to the building," he says. "They could do that with this new project by having porticos wrap around it, which would give the building a human scale and take away from the harshness of the architecture."

Scoville believes the layout could be improved by moving the parking garage to the west side and using it to provide afternoon shade for a courtyard.

In the midst of this give-and-take, representatives from the utility company presented their plans to the Armory Park Neighborhood Association last month, and were scheduled to return on April 13.

Neighborhood association president Liz Burden says reactions have ranged from supportive to disappointed. It is the interface of the parking garage with the neighborhood and the use of open space that are chief concerns, Burden observes.

Admitting she hasn't seen TEP's design yet, Rund says: "We have made it very clear that we like to have all buildings bordering the historic district blend in, even if legally we have no say."

Because of that, Rund hopes the design will be shown to the advisory board for a "courtesy" review.

"Particularly on the southern part of the site," Rund says of the TEP project, "we'd like to have some say."

'Cultures of Place' Lecture Series – 'Drawing as a Way to See' 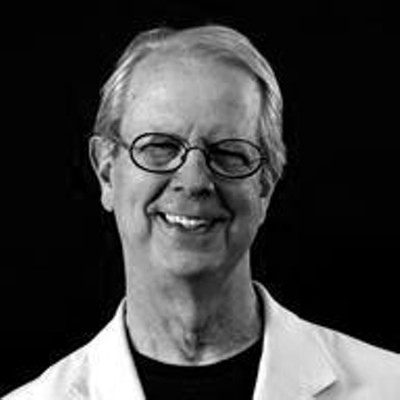