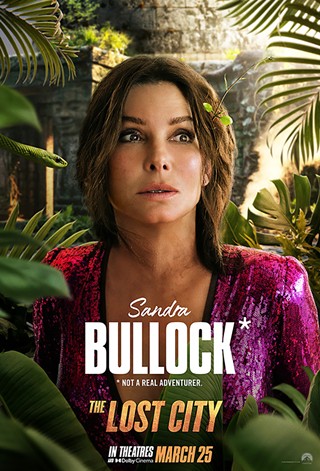 Director and star Andy Garcia’s film about a wealthy family that suffers during the Cuban revolution could have been excellent if he had cut out every third frame. As it is, The Lost City is a tremendously indulgent case of star-powered narcissism. If you want to watch carefully lit actors smoke while they look meaningfully at the sky, then the vast majority of Lost City’s gruelingly long 143 minutes is for you. In between these shots, something interesting happens: Idealists try to overthrow Batista; Che Guevera shoots a guy in the head; pretty people dance around Havana. What’s nice about Lost City is the way it balances its hatred of the Castro regime with its distaste for the government-by-organized-crime that preceded it. And there are a few funny bits, like Elizabeth Peña playing a revolutionary soldier who declares “the saxophone is an instrument of the imperialists.” Showing that the talent was there to make a far-less-boring film, the one bit of action in the movie, an attack on Batista’s palace intercut with scenes of African dancers, is spectacular. Otherwise, this is mostly Andy Garcia filming himself looking soulful.
By James DiGiovanna