According to his Web site, the eccentric hip-hop artist born Keith Matthew Thornton has answered to more than 50 aliases in his nearly 20 years on the rap scene.

The longest of those pseudonyms was Exetron Geiger Counter One Plus Sequencer.

Initially a member of the groundbreaking '80s rap group Ultramagnetic MCs, Kool Keith is known as much for his oddball multiple personalities and unpredictable behavior (he apparently spent time in New York's Bellevue Hospital for depression) as he is for his abstract stream-of-consciousness flow and genre-bending musical experiments.

Although he grew up in the Bronx amid old-school rap wars, Kool Keith perpetually has redefined traditional hip-hop styles and created one bizarre character after another, often welcoming controversy while confusing and surprising his audience.

Keith will trot out his Dr. Octagon persona for a concert Saturday night, April 28, at the Rialto Theatre, with longtime partner DJ Kutmasta Kurt. This might surprise some Kool Keith fans, seeing as his Dr. Dooom persona "killed" the Octagon character as part of the storyline on the 1999 First Come, First Served CD.

Dr. Octagon was born in the mid-1990s as a result of Keith's and Kurt's collaborations with mixmasters Dan "The Automator" Nakamura and DJ Q-Bert of the Invisibl Skratch Piklz turntable crew.

The 1996 album Dr. Octagonecologyst was a watershed in the history of rapping and scratching, opening up what was then considered "underground rap" to a wider, mainstream audience. The sometimes-obscene rhymes threaded their way through a new landscape of sci-fi-influenced rap. The joyously fresh beats--as evidenced by the fact that a subsequent instrumental version, The Instrumentalyst (Octagon Beats), was released--proved as popular.

After a falling out with Keith, Nakamura moved on to projects such as Handsome Boy Modeling School, Lovage, Gorillaz and Deltron 3030, among many others, while Keith went about dismantling the Octagon mythology and creating dozens of others.

Among the other projects that Keith has participated in are Spankmaster, Masters of Illusion, Clayborne Family, the Analog Brothers and The Undertakerz. The latter collaborated with the Wu Tang Clan on the soundtrack for the film Blade: Trinity.

Keith received his most mainstream attention in the years following the release of Dr. Octagonecologyst. Late-20th-century solo albums such as the pornographic Sex Style and spaced-out Black Elvis/Lost in Space are still considered classics of brilliant, idiosyncratic hip-hop.

In 2004, Keith and Kurt revived their aliases the Diesel Truckers for an album released by "Kool Keith featuring Kutmasta Kurt." As with comic book superheroes, rarely do hip-hop personas stay dead. Strange circumstances conspired to herald the release of a new Dr. Octagon album, The Return of Dr. Octagon, last year.

But it's not really the album Keith wanted to see.

According to reports, in 2002, he briefly collaborated with guitarist/producer Fanatik-J on a project Keith considered calling Dr. Octagon. Those sessions were scrapped, but contract loopholes allowed Keith's vocals to be used by the European production team One Watt Sun--without Keith's permission or participation--to craft the new Dr. Octagon album.

Despite its unauthorized status, The Return of Dr. Octagon is a fascinating excursion into cut-and-paste music aesthetics and forward-thinking techno.

Devoted Kool Keith fans have slammed the recording, and Keith himself is said to be putting together a new Dr. Octagon joint. The current tour is most likely part of the plan to regain control of his baby.

Keith has rarely rested on his laurels, and often, he has led the charge as rap evolved. In typical Kool Keith fashion, he is well aware of his own significance.

In a 2004 interview with Urbansmarts.com, he said, "See, me, I was always ahead of my time. I never did walk around saying 'Yes, yes y'all.' So I was writing all the time ahead of my time when I made records. I never had a style that was laid back. It wasn't back in time either. And my image wasn't back in time. We was a future group that was probably 2008 when we came out. So we just, myself, time just caught up with me. I was ahead of time." 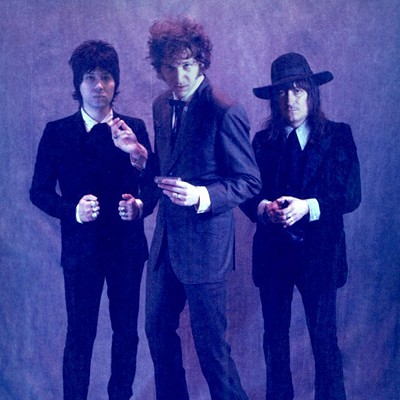 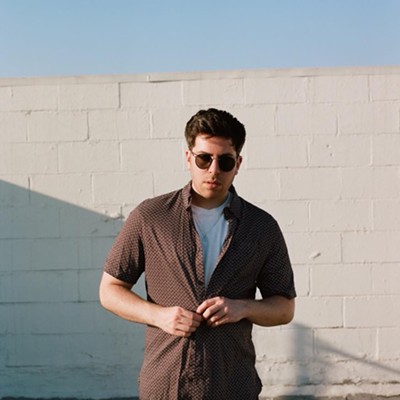