Runs two hours and 15 minutes, with one intermission

Fantasy often becomes fate. More often, perhaps, we need to make fate a fantasy, a story that helps us make the inevitable tolerable. Pretties it up a bit. We are heroic in our ordinariness, and love does indeed conquer all.

This weekend, Arizona Repertory Theatre concludes its run of an utterly charming production of The Fantasticks, a musical that has been produced ad nauseum by every theater group and high school drama club in the country. With book and lyrics by Tom Jones and music by Harvey Schmidt, the original production ran off-Broadway for 42 years and reopened in 2006. It is still running.

But there's a reason for its endurance—beyond the fact that it has a fairly small cast and can be quite inventive and effective with minimal technical production elements. Its appeal is universal, and its simplicity belies its almost mythic reach. And it gives us songs like "Try to Remember," "They Were You" and "Soon it's Gonna Rain," so uncommonly beautiful that they have become anchored in our culture, even though many may not know their source.

The simple tale—simple in the way life is simple—is embraced with a purity of purpose and unflinching faith by the youthful students of the University of Arizona's theater program. They've been guided by director Danny Gurwin, who, with accomplished student designers, has created a world in which we are welcome denizens, and in which we are safely embraced, even as we are witnesses to the saga of relentless, ravaging and bewildering life.

The tale is really the archetypal innocence-to-experience journey. Young Luisa (Cecilia Iole) and Matt (Cooper Hallstrom) fall in love, but get caught up in the duplicity of family and of intentions gone awry. They realize that life and love aren't as simple as they seem; they part ways as the boy is called into the possibilities of the world "out there"; then find each other again. It sounds cloyingly sweet, and in some hands it could certainly be. But Jones' lyrics are sleek, and not only clever but penetrating. The piece is made to revel in its theatrical artifice and it seduces with a heartfelt simplicity.

The Fantasticks has no specific setting in time or place, which allows and inspires directorial freedom. Gurwin has discovered an intriguing old-fashioned locale for this old-fashioned sort of show. The production is mounted in the Tornabene Theatre, which can be adjusted to accommodate every type of stage placement and audience orientation. Here, Gurwin has the audience on all sides of the central stage platform. He's created a highly evocative, though subtle, environment. The theater is dimly lit as we enter, and old state fair posters are backlit and placed intermittently around the walls. Faded triangular banners also drape the walls, strings of small incandescent bulbs are stretched across the room, and calliope music creates a fair or circus feel. Although this setting doesn't relate directly to the show's themes, it does create a sense of place that envelopes us and provides a fitting context for our story.

The actors use the entirety of the theater, including the aisles that establish the boundaries of the audience seating. And that, too, provides a sense of our being part of what's happening. Besides being just plain fun to see the actors so closely, this further establishes us as part of the story, which, of course, we are. It is, after all, a fantastical re-enactment of our fate.

Gurwin has also chosen to give the character of the Mute a special role. Often, he simply is played as the means by which various scene changes are suggested, producing and stowing props, representing the wall that separates the two households. He (or she) is an integral part of the transparent, magical theatricality of the piece. Brian Klimowski, who plays the Mute, is given additional duties, most especially interacting with the audience by conducting sleight-of-hand magic and other acts of skill before the show begins in earnest. Klimowski does a wonderful job. He is so guileless, so capable, that we would follow him anywhere. And we do. He is often onstage performing tasks of magical import within the tale, but he is so unobtrusive, so stealthy, that our focus is on the story, not him. Lovely.

Gurwin has also done an excellent job of casting, and the students are uniformly skilled and able to bring just the right balance of broad strokes and genuine credibility to their characters. The duo who play the traveling actors, David Hentz and Nathan Adriel Oppenheimer, are a delight. And Chris Okawa as El Gallo, who calls us to lend our attention and is a knowing overseer of the action, gives an admirable performance. Ryan Kleinman and Austin Wright as the fathers who contrive to make a match of their progeny, are indispensable, if for nothing else than because they have some of the most fun songs. "Plant a Radish" and "Never Say No" still deliver the gosh-darn truth in a most delightful way.

Much praise goes to music director Elizabeth Spencer, who has done a bang-up job, and accompanies the entire production on piano, with contributions from Christine Vivona and Rebecca Foreman alternating on harp.

It's obvious that every aspect of the production was consciously wrought. The result is a show that we not only embrace, but that embraces us.

And if in our own personal journeys we can sing and make magic and laugh, if we can wrap our hollow hearts around our hurt, we, too, are "fantasticks." 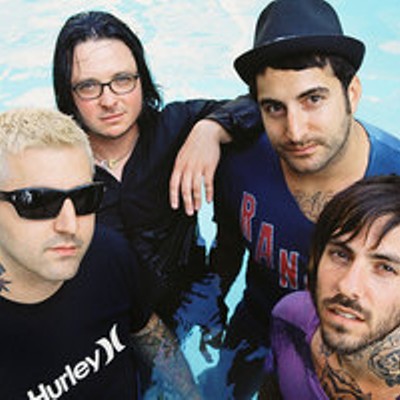