Since then, he's starred in five bad movies, losing a large amount of credibility as a result. Once one of the trade's best, he's been deteriorating into an alternately droning and screaming joke while donning one bad hairpiece after another. (For a comprehensive lesson in just how ridiculously bad Cage can be, watch The Wicker Man. )

In Knowing, writer-director Alex Proyas gets Cage to calm down a bit--no small feat, considering that the movie is about the end of the world. If there were ever a reason for Cage to scream and do his bug-eyed look, it'd be the end of the world. Yet Cage actually does some sublime work as John Koestler, a man who decodes a list of numbers dug up from a time capsule at the school his son, Caleb (Chandler Canterbury), attends. The numbers chronologically show the locations, dates and death tolls for major disasters over the last 50 years.

That's scary enough, but even scarier is the appearance of dates and death tolls of disasters that haven't happened yet. As John drives himself and others crazy trying to prove the authenticity of the list, he comes upon a frightening revelation: The world is going to end very soon.

There are moments of true suspense and chills. When John is held up in traffic during a rainstorm, he realizes that one of the disasters from the list is supposed to happen in his exact location, at that exact time. I won't say what happens next, but I will tell you that it is terrifying, nightmarish stuff, featuring awesome special effects and a nice, freaked-out turn by Cage.

Proyas hints at both biblical and extraterrestrial explanations for what's happening. Strange, white-haired intruders visit Caleb at night and provide him with visions of the future, one of which includes a haunting sequence of the Earth being scorched, with panicking animals running around ablaze. These intruders might be angels, and they might be aliens, but one thing is certain: They've spent a little too much time studying Billy Idol album covers and Kiefer Sutherland in The Lost Boys. They possess a fashion sense that totally rips off those dudes.

John's pursuit of the truth about the origins of the spooky list gets him in touch with Diana (Rose Byrne), the daughter of the girl who scrawled the numbers a half-century ago. At this point, the story loses some steam, but it doesn't necessarily go off the rails. Speaking of going off the rails: Another highlight in the film is a violent subway sequence that puts you inside a crashing train. The film always manages decent action scenes, even when the story gets a little convoluted.

In the end, Proyas wants to make some sort of strange statement about the origins of everything, and it doesn't quite work. What does work is the total annihilation of the planet--finally, an apocalypse movie that doesn't puss out! Seriously: Most recent apocalypse movies either star Kirk Cameron or wimp out with some hero saving the day. Saving the planet is not among Proyas' intentions here. This mother has a major death toll.

Critics (with the exception of Roger Ebert, who gave this a shocking four-star rating) have been beating the crap out of this one, but I say it's OK. Hopefully, Knowing gets Cage back on track. He thankfully doesn't have any more Ghost Rider films scheduled, although he is slated to play a wizard in The Sorcerer's Apprentice, based on the infamous flood sequence from Fantasia (which sounds weird). Knowing is no classic, but it's worth watching, and that's the first time I've been able to say that about a Cage headliner in three years.

Knowing is not showing in any theaters in the area. 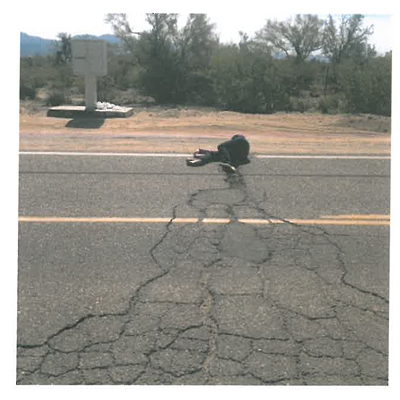 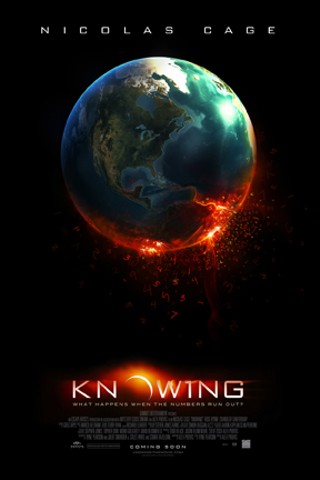